Today's Front Page Headlines from Marca, AS and Mundo Deportivo. 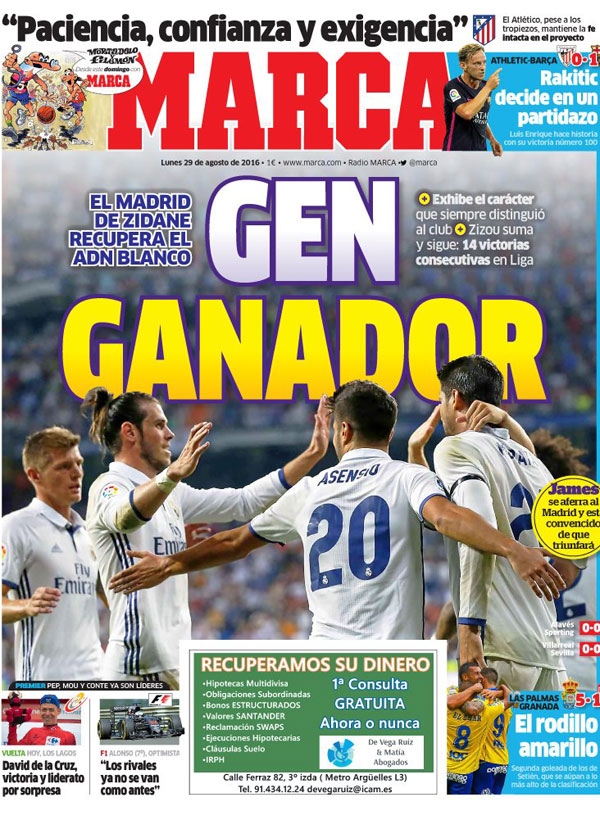 They exhibit the character that has always defined the club

Atletico, despite their setbacks, maintain faith in their project

Rakitic the decider in an excellent game 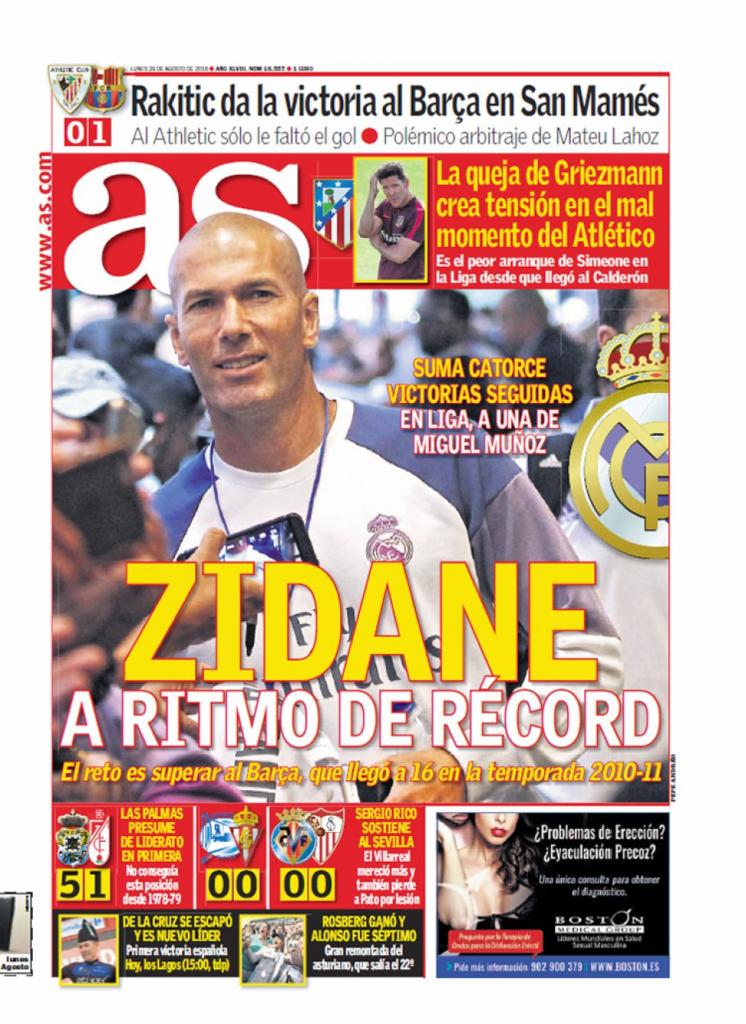 He has 14 consecutive wins, one off Miguel Muñoz

Athletic only lacked a goal 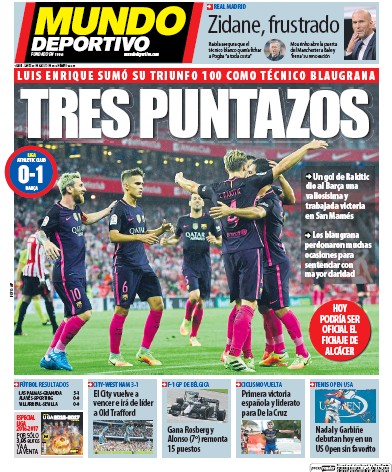 Luis Enrique gets his 100th win as Blaugrana Coach

Today, the signing of Alcacer could be official