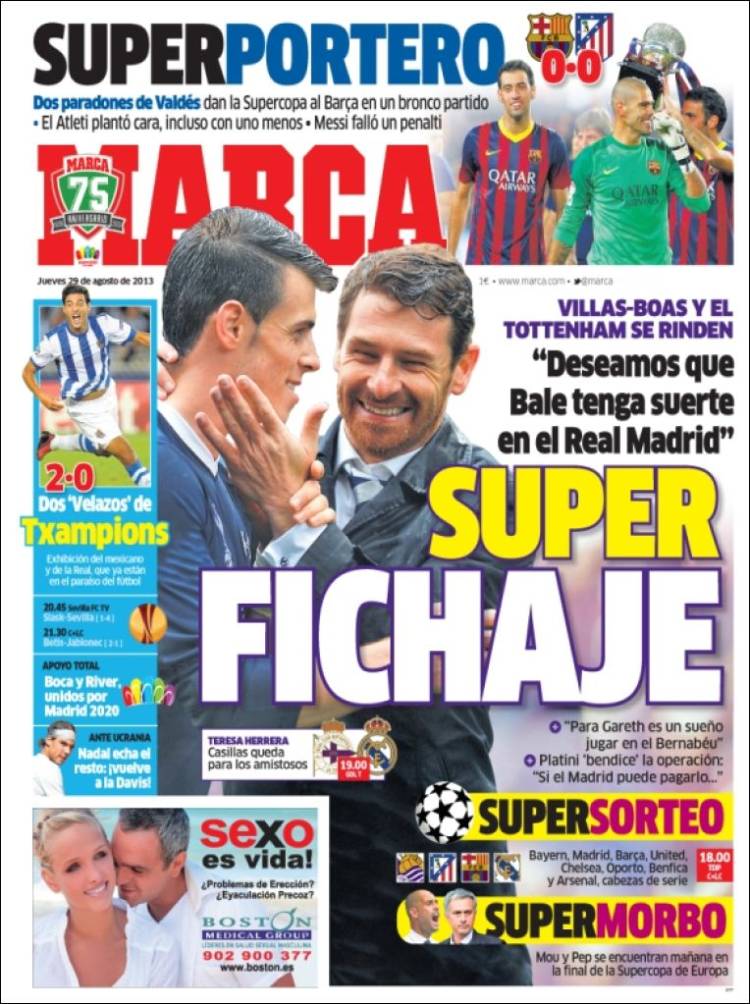 Villas-Boas and Tottenham give up

"We wish him luck at Real Madrid"

"For Gareth it is a dream to play at the Bernabeu"

Platini gives his approval: "If Madrid can pay it..."

Super Rivalry: Mou and Pep to meet tomorrow in the Super Cup final

Atleti end with one men less, Messi misses a penalty

Two Vela strikes and Real are in the Champions

The Mexican puts on an exhibition and Real are in paradise

Boca and River united for Madrid 2020

Before Ukraine, Nadal to rest 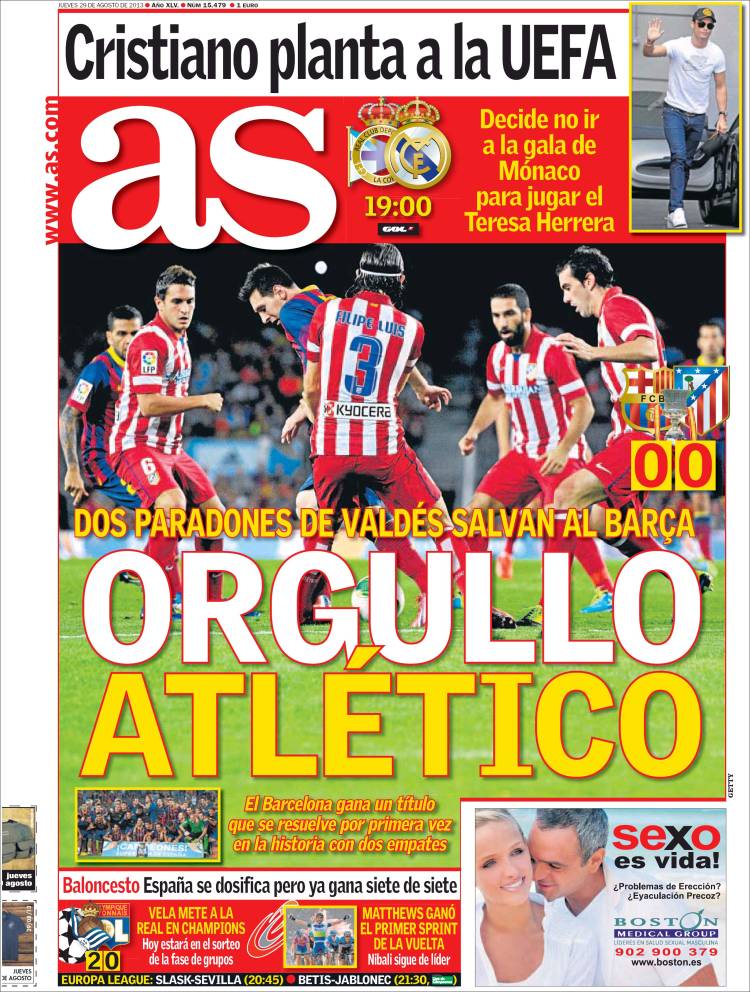 Today the draw is made 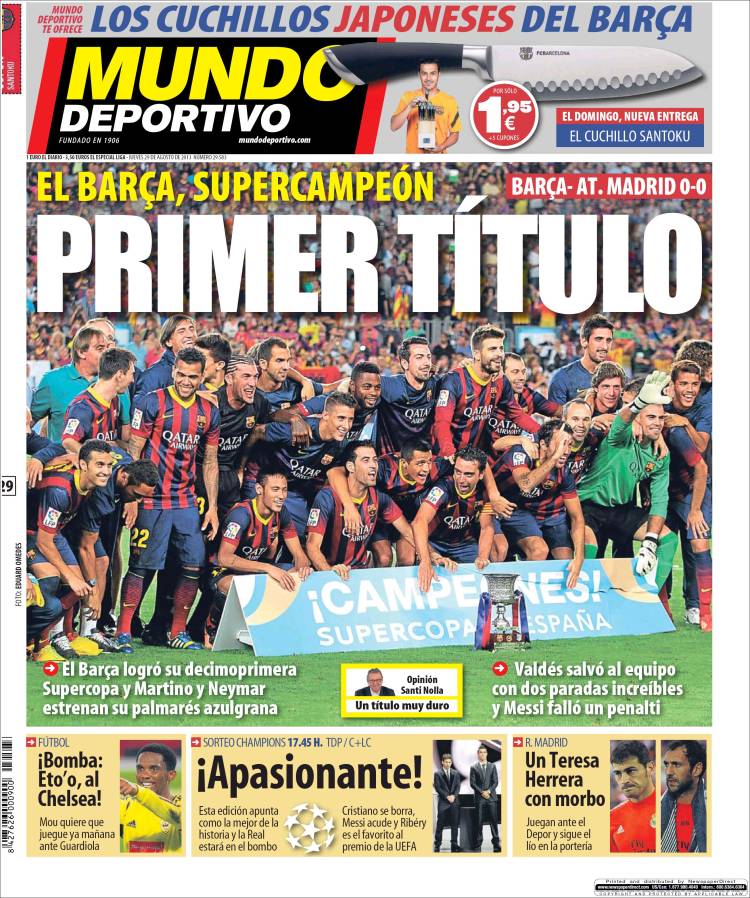 Mou wants that he plays tomorrow against Guardiola

Exciting, the draw for the Champions League! This edition is the best ever and La Real are in it

Cristiano snubs the gala, Messi and Ribery the favourites for the UEFA award