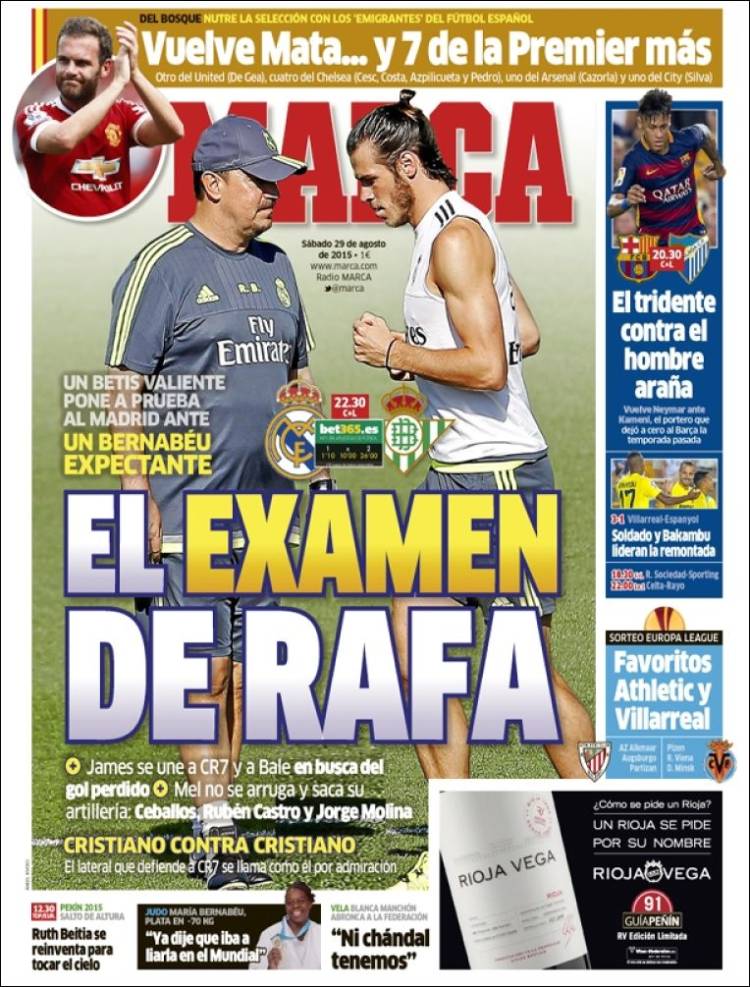 James joins CR7 and Bale in search of the missing goals

Mel refuses to back down and pulls out his artillery: Ceballos, Ruben Castro and Jorge Molina

Mata returns... plus seven more from the Premier League

Another from Manchester United (De Gea), four from Chelsea (Cesc, Costa, Azpilicueta and Pedro), one from Arsenal (Cazorla) and one from City (Silva)

The trident against Spiderman

Neymar back against Kameni, the goalkeeper who stopped Barca last season

Soldado and Bakambu lead the comeback

Athletic and Villarreal the favourites 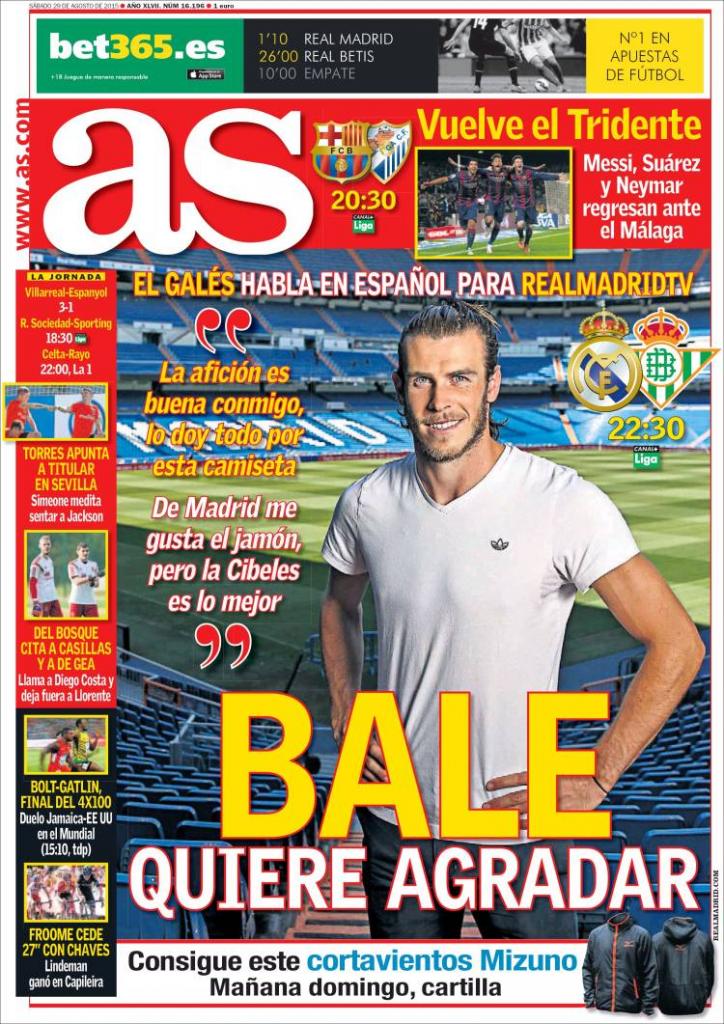 The Welshman spoke in Spanish to Real Madrid TV

“The fans are good to me, I give everything for this shirt”

“In Madrid I like the ham, but the Cibeles is the best”

Return of the trident

Torres in line to start against Sevilla

He also calls up Diego Costa but leaves out Llorente 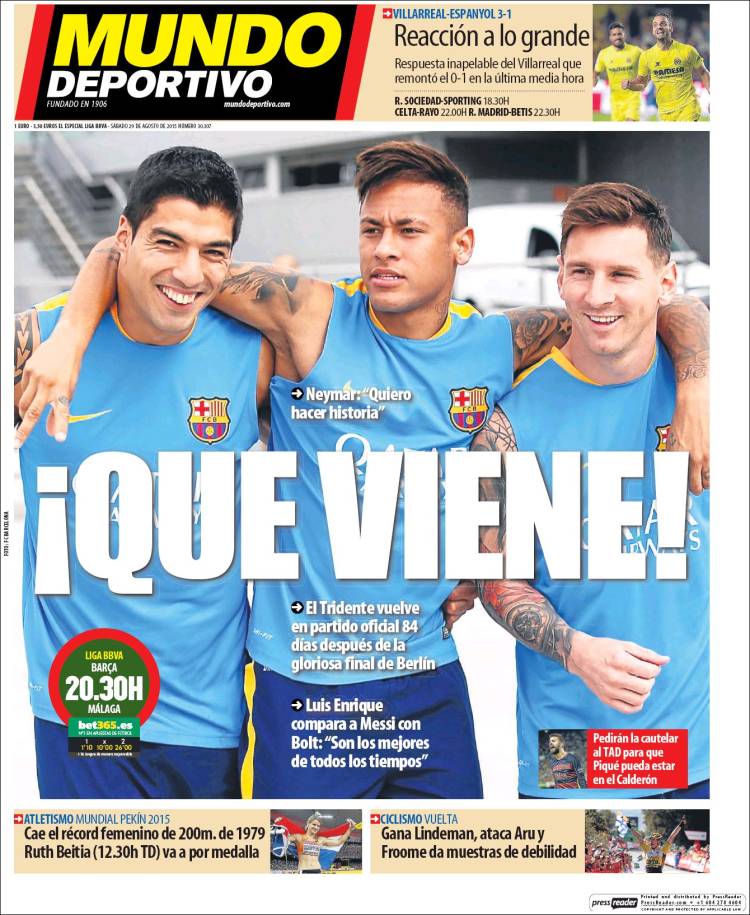 Neymar: “I want to make history”

The trident are back in an official game, 84 days after the glorious final in Berlin

Luis Enrique compares Messi with Bolt: “They are the best of all time”