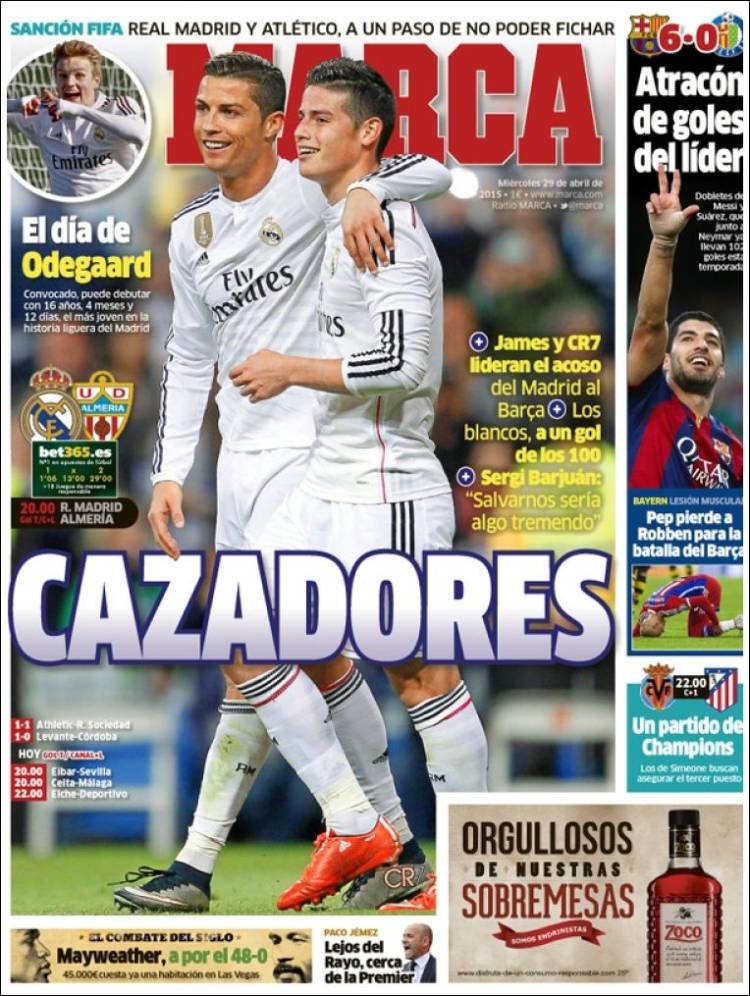 James and CR7 will lead Madrid’s harassment of Barca

Los Blancos, one goal away from 100

Sergi Barjuan: “To save ourselves would be something tremendous”

Odegaard’s day. In the squad, he could make his debut at 16 years, four months and 12 days, the youngest in Madrid’s League history

FIFA sanction: Real Madrid and Atletico one step from not being able to sign

Goal binge from the leaders. Doubles from Messi and Suarez, who alongside Neymar have scored 100 goals this season

Paco Jemez: far from Rayo, near to the Premier 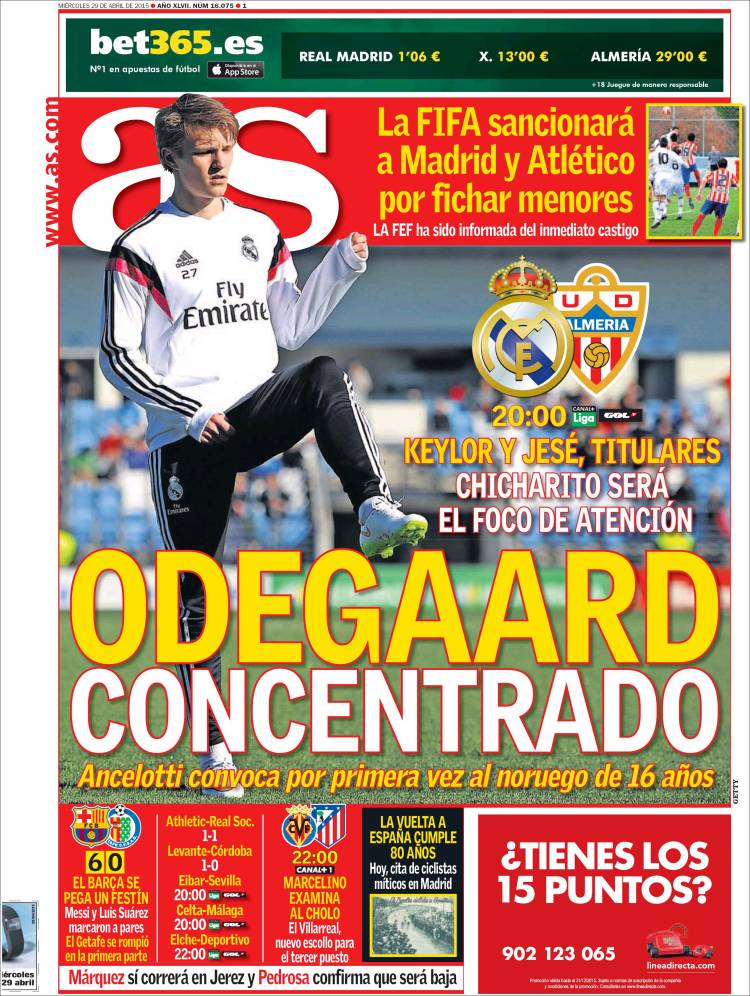 Odegaard in the squad

Ancelotti selects the 16-year-old Norwegian for the first time

Keylor and Jese in the starting line-up

Chicharito will be the centre of attention

FIFA will sanction Madrid and Atletico over the signing of youngsters. The Spanish Football Federation has been informed of an immediate punishment

Barca have themselves a festival

Messi and Luis Suarez scored a couple each

Getafe broken during the first half

Villarreal, another hurdle for third place 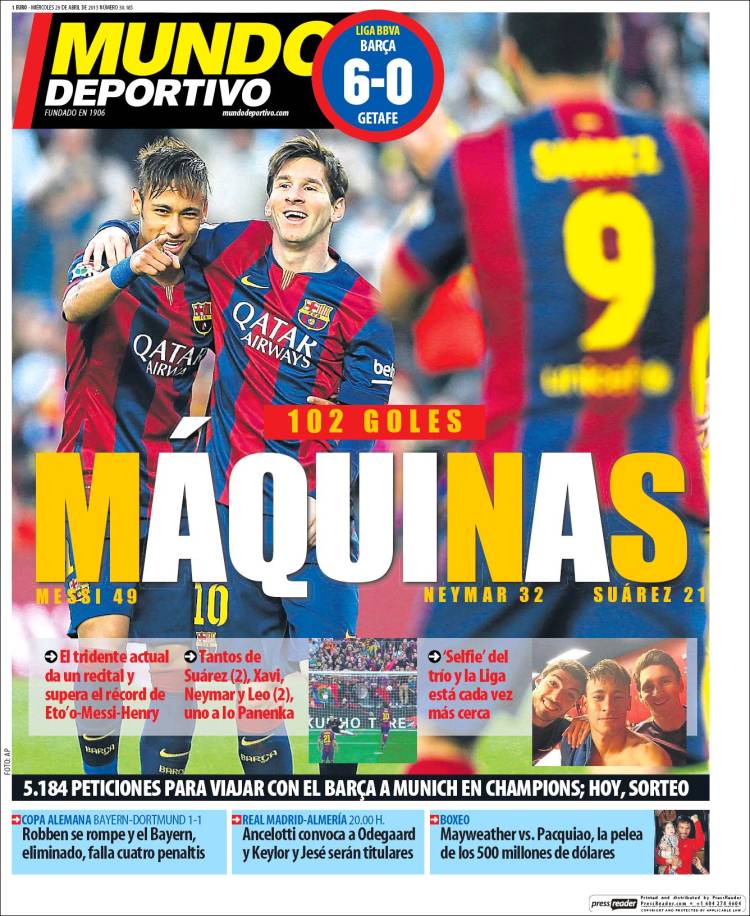 Goals from Suarez (2), Xavi, Neymar and Leo (2), one of them in Panenka-style

‘Selfie’ from the trio and La Liga is even closer

5,184 requests to travel with Barca to Munich in the Champions League: the draw is today

Robben breaks down and Bayern eliminated. They miss four penalties