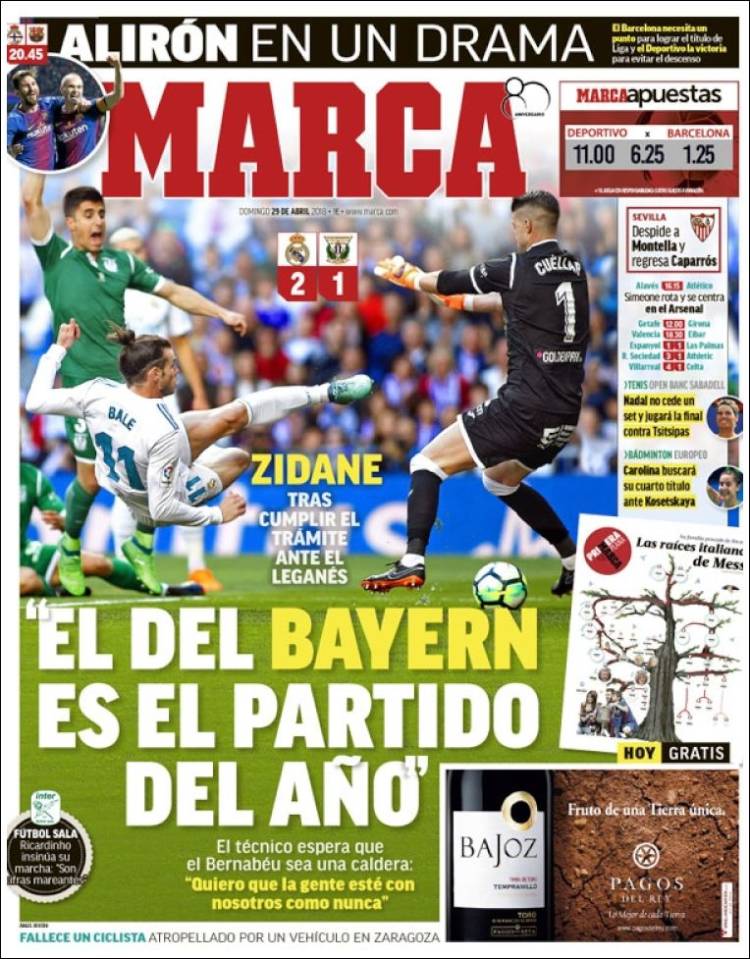 Title celebrations in a drama

Zidane, after getting the job done against Leganes

"Bayern is the game of the season"

The Coach hopes the Bernabeu will be a cauldron

"I want the fans to be with us like never before"

Simeone rotates and focuses on Arsenal 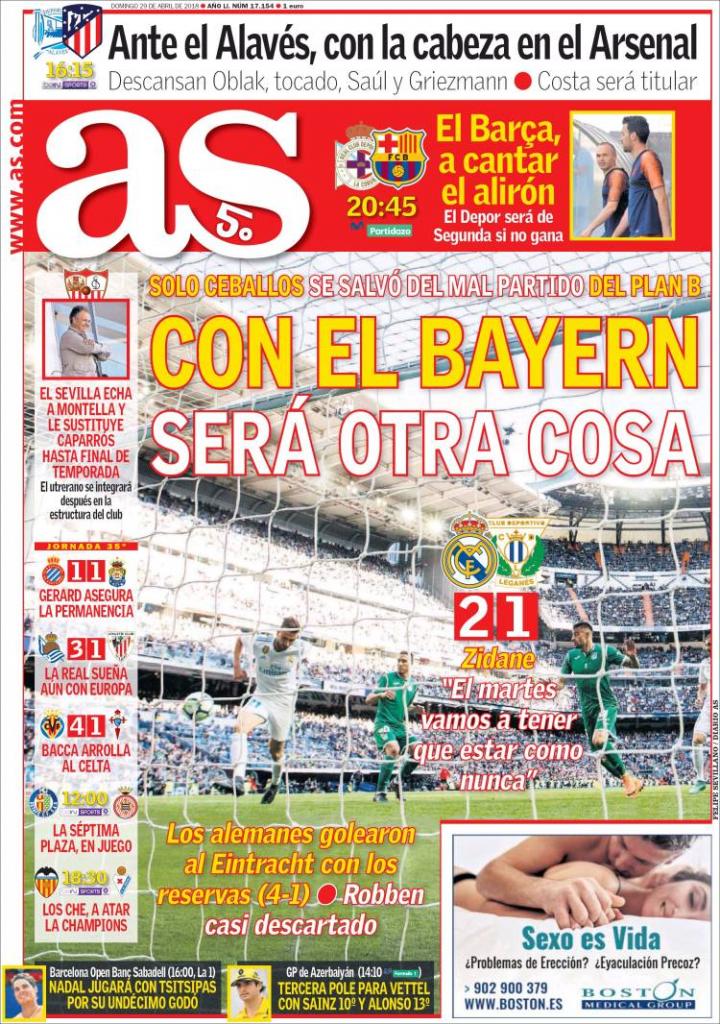 Against Alaves, with their focus on Arsenal

Oblak, who has a knock, Saul and Griezmann are rested

Costa will be a starter

It'll be something else

Zidane: "On Tuesday, we'll have to be like never before"

Seventh place up for grabs

Los Che, to lock down the Champions League 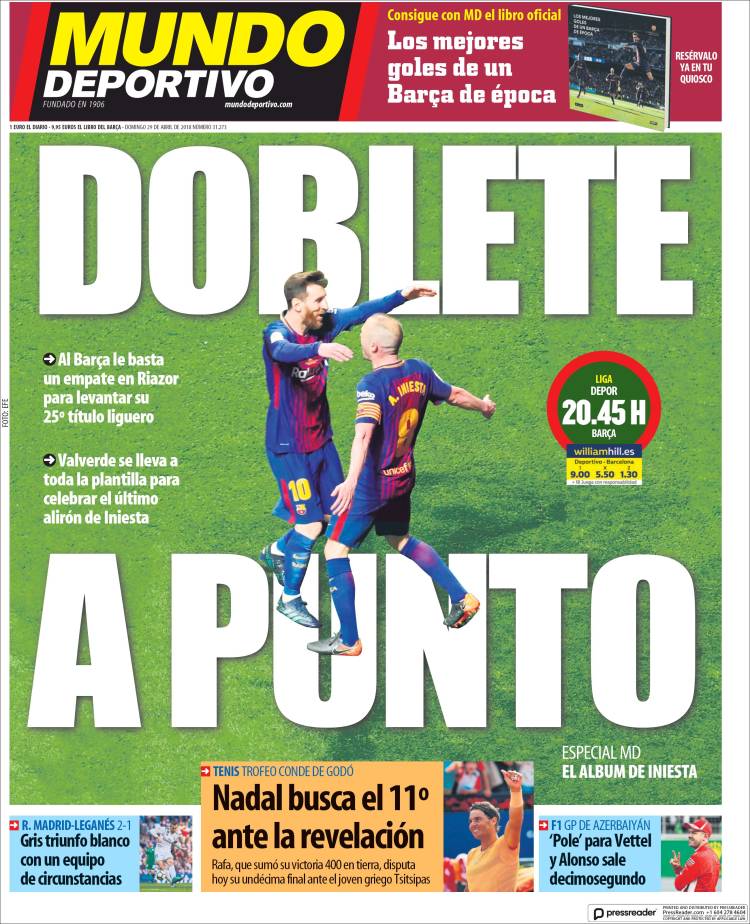 A point from the double

For Barca, a draw is enough at Riazor to lift their 25th League title