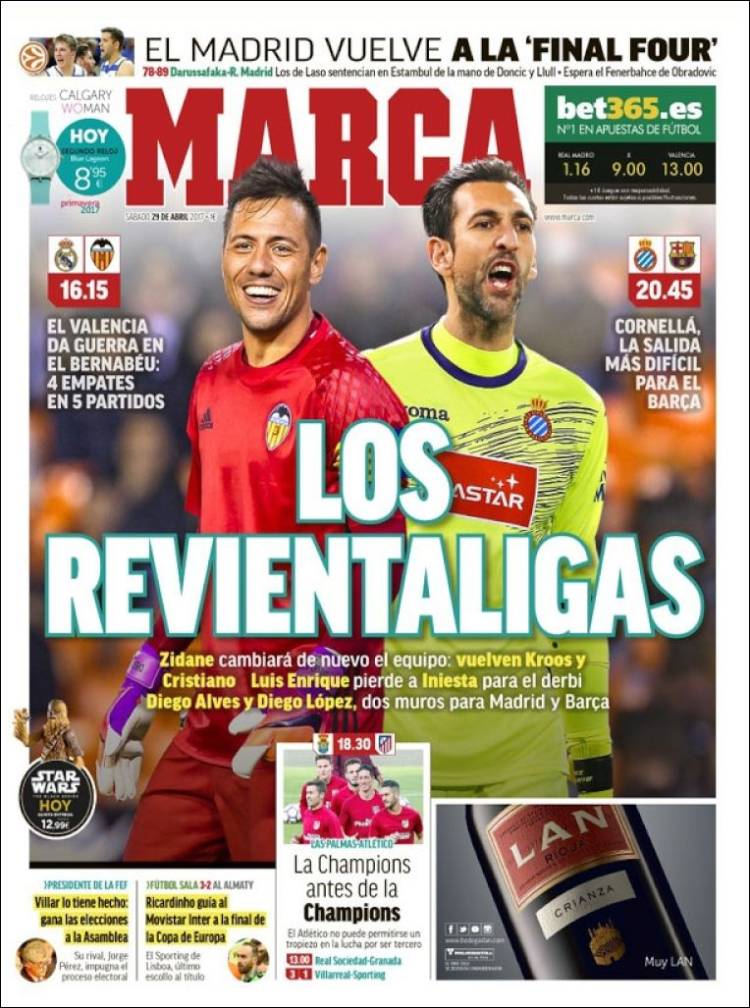 Valencia will put up a fight at the Bernabeu: four draws in five games

Cornella, the most difficult trip for Barca

Zidane will change his team again: Kroos and Ronaldo return

President of the RFEF

Villar has done it: he wins the Assembly elections

Atletico cannot afford another stumble in the fight for third 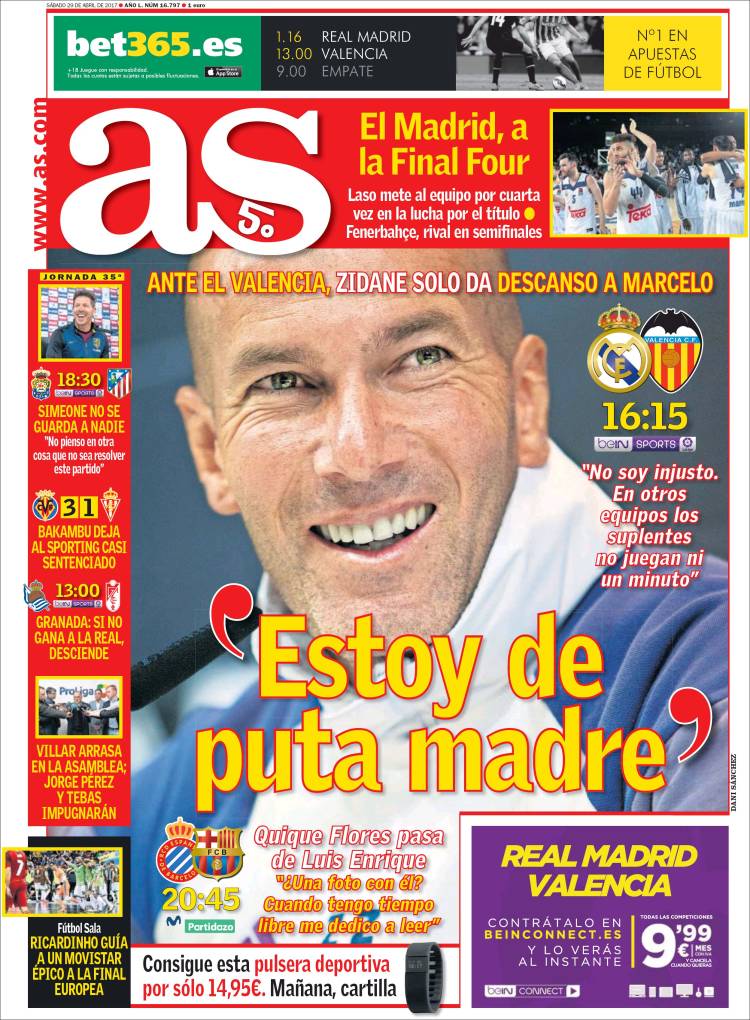 Against Valencia, Zidane only rests Marcelo

“I’m not unfair. At other teams, substitutes don’t even get a minute”

“A photo with him? When I have free time, I dedicate myself to reading”

Simeone is not holding anything back

“I’m not thinking of anything other than resolving this game”

Bakambu leaves Sporting on the edge

Granada: if they don’t win at La Real, they are relegated

Villar wipes out the Assembly: Jorge Perez and Tebas challenge 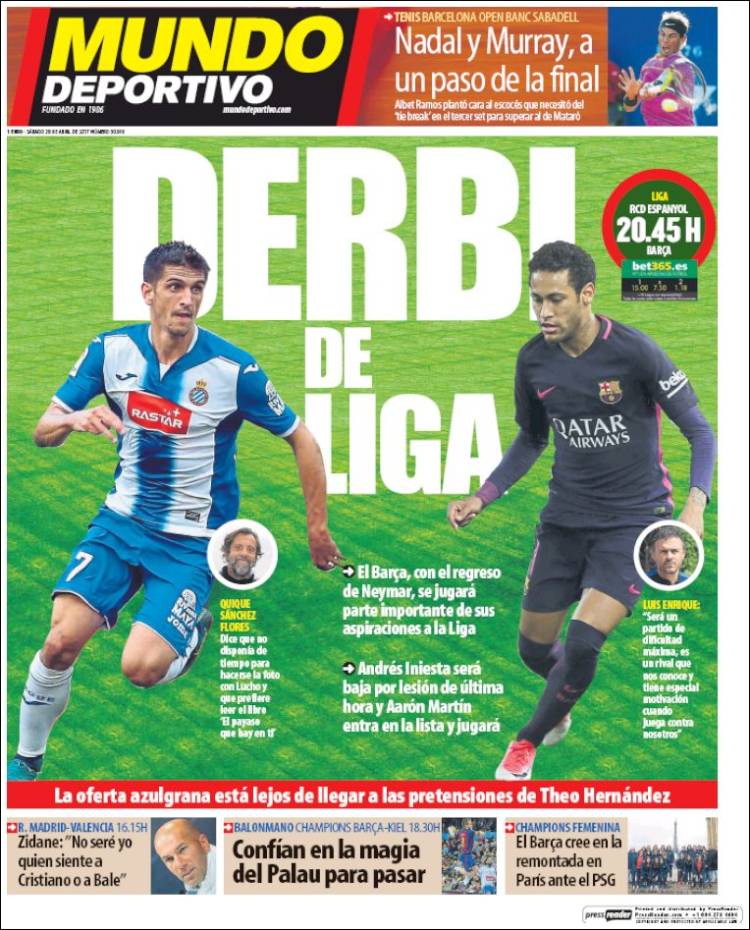 Barca, with the return of Neymar, will play out an important part of their aspirations for La Liga

Andres Iniesta is out due to a last-minute injury, while Aaron Martin will be in the squad and will play

Zidane: “I won’t be the one who sits down Ronaldo or Bale”

Barca believe in the comeback in Paris against PSG