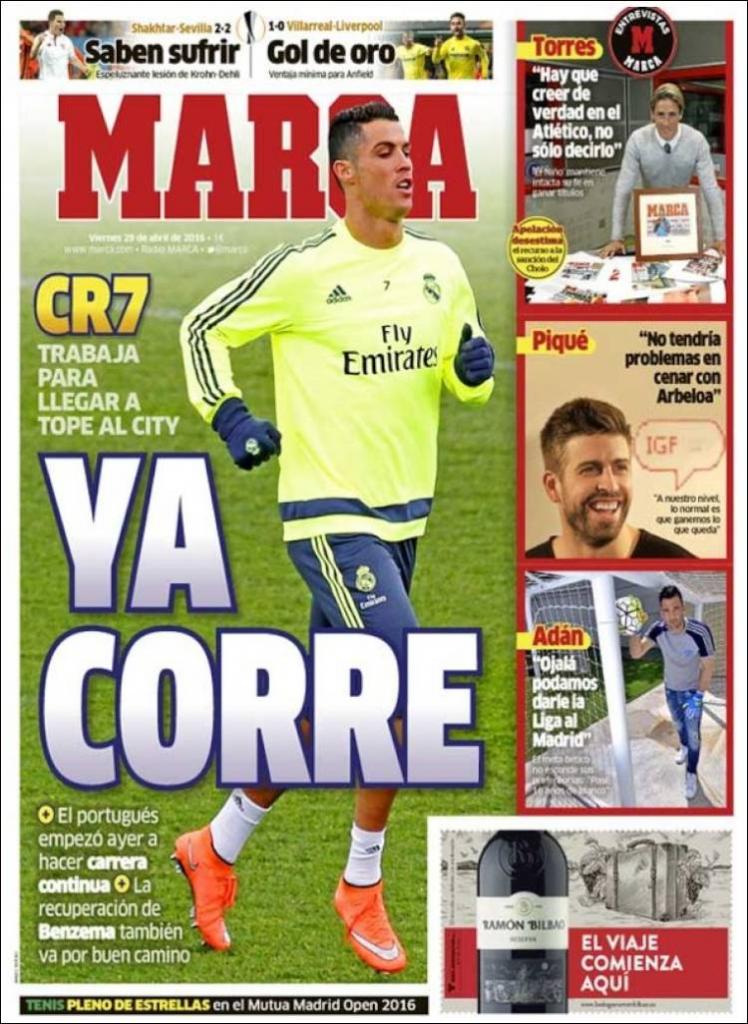 They know how to suffer

Torres: “You have to really believe in Atletico, not just say you do”

Piqué: “There wouldn’t be problems having dinner with Arbeloa”

“At our level, it’s normal that we win our remaining games”

Adan: “Hopefully we can give the League to Madrid” 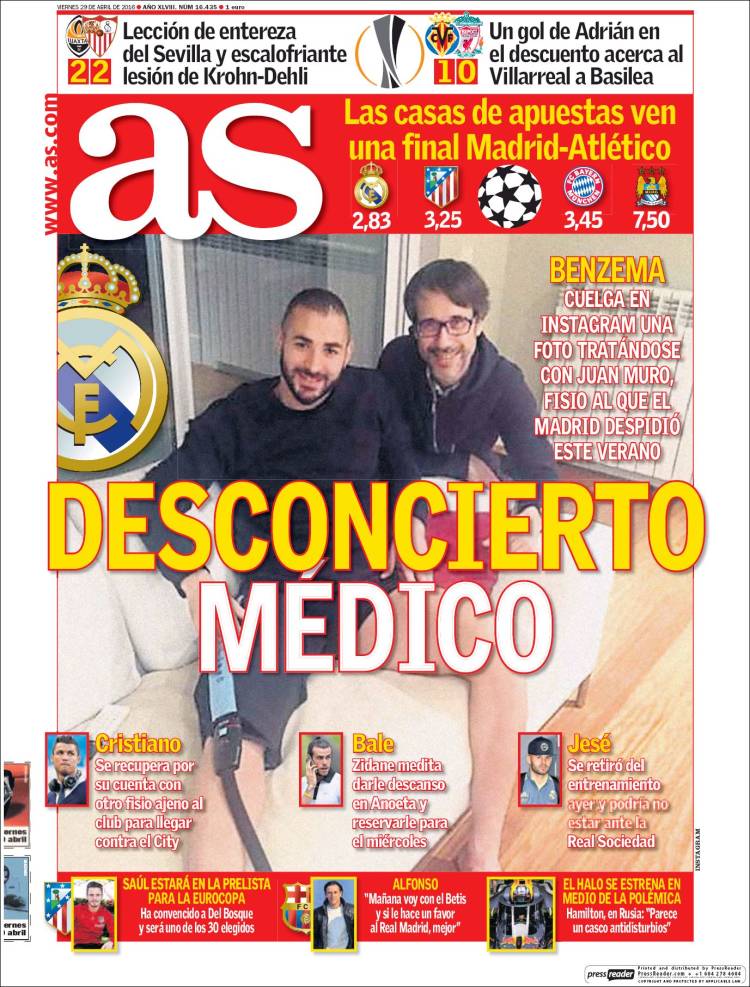 Benzema posts an Instagram photo of him with Juan Muro, the physio who said goodbye to Madrid last summer

Bale, Zidane ponders giving him a rest at Anoeta to reserve him for Wednesday

Saul will be on the provisional list for the Euros

Alfonso: “Tomorrow I’m going with Betis, and if we do Real Madrid a favour, the better” 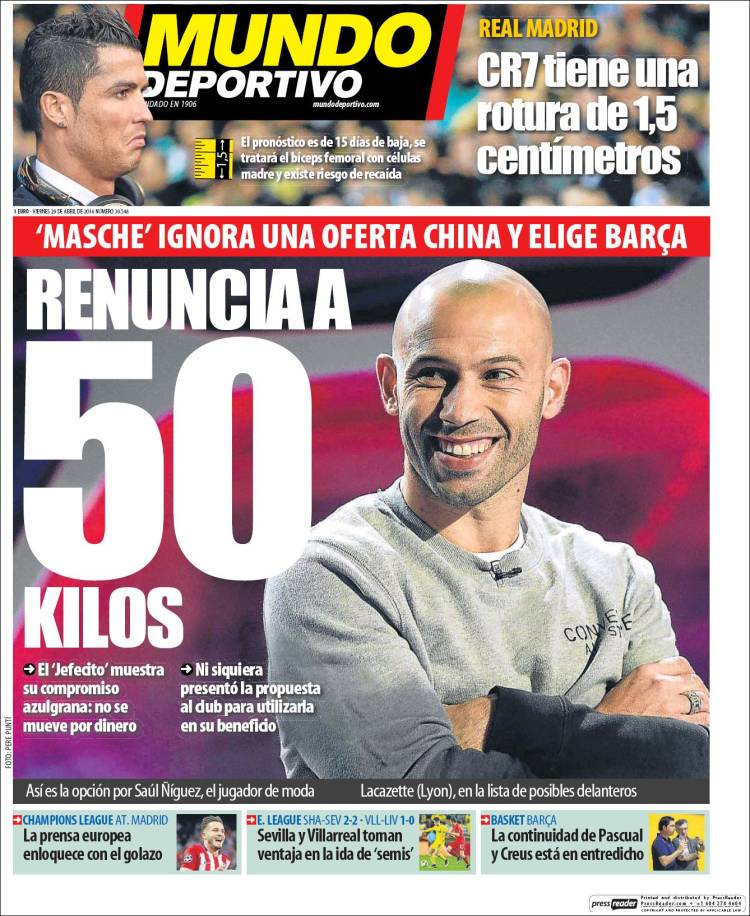 The ‘little chief’ shows his commitment to Barca: he will not move for money

There is also the option of Saul Niguez, the player in vogue

The prognosis is 15 days out, his biceps femoris will be treated with stem cells and there is a risk of relapse

Sevilla and Villarreal take advantage in the first leg of semis