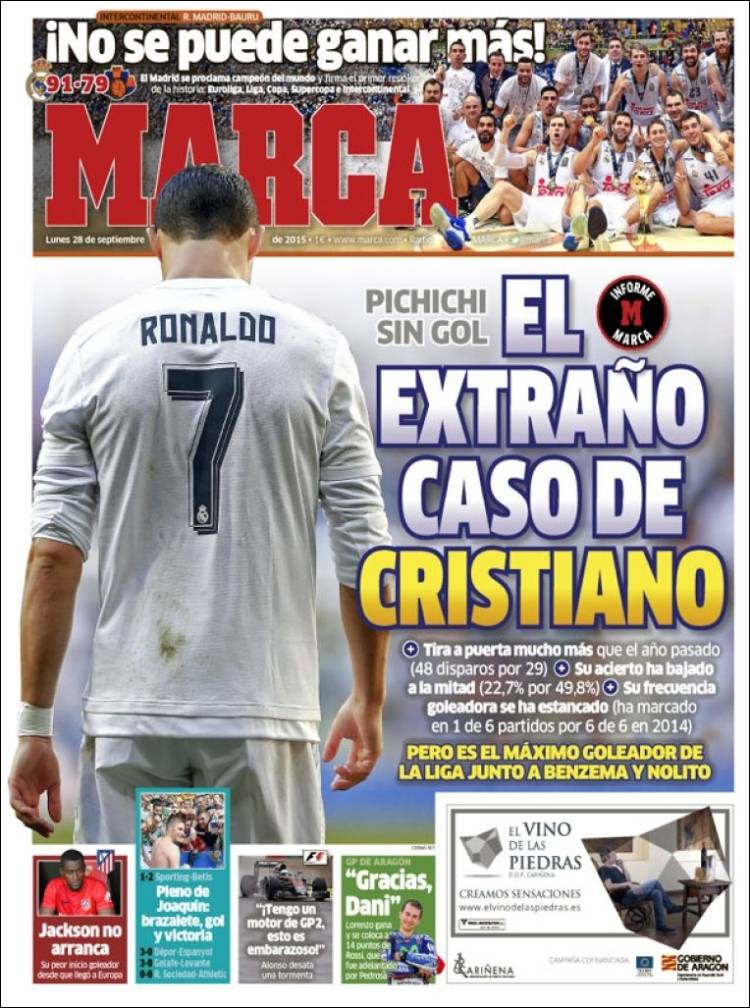 The curious case of Cristiano

His success rate has halved

His scoring rate has stagnated (scored in one out of six games, compared to six out of six in 2014)

Nevertheless, he is the top scorer in La Liga alongside Benzema and Nolito

Jackson yet to start

His worst start to a season since coming to Europe 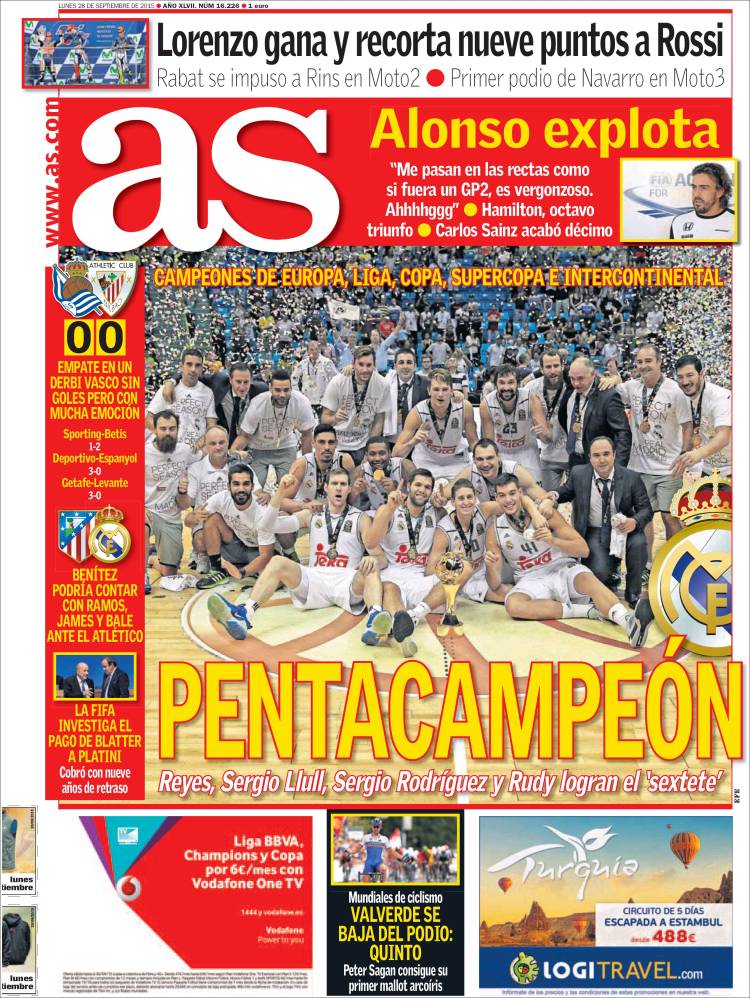 Real Madrid are champions of Europe and winners of the League, Cup, Super Cup and Intercontinental

The Basque derby ends goalless but with plenty of emotion

Benitez could have Ramos, James and Bale back for Atletico 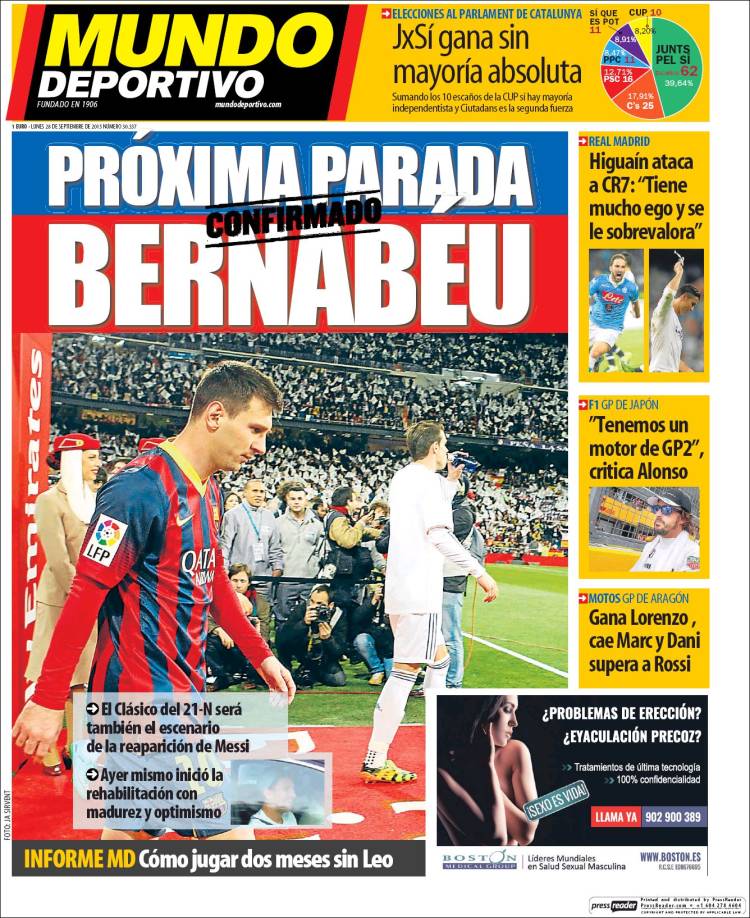 He began his rehabilitation yesterday with maturity and optimism

Higuain attacks CR7: “He has a big ego and is overrated”