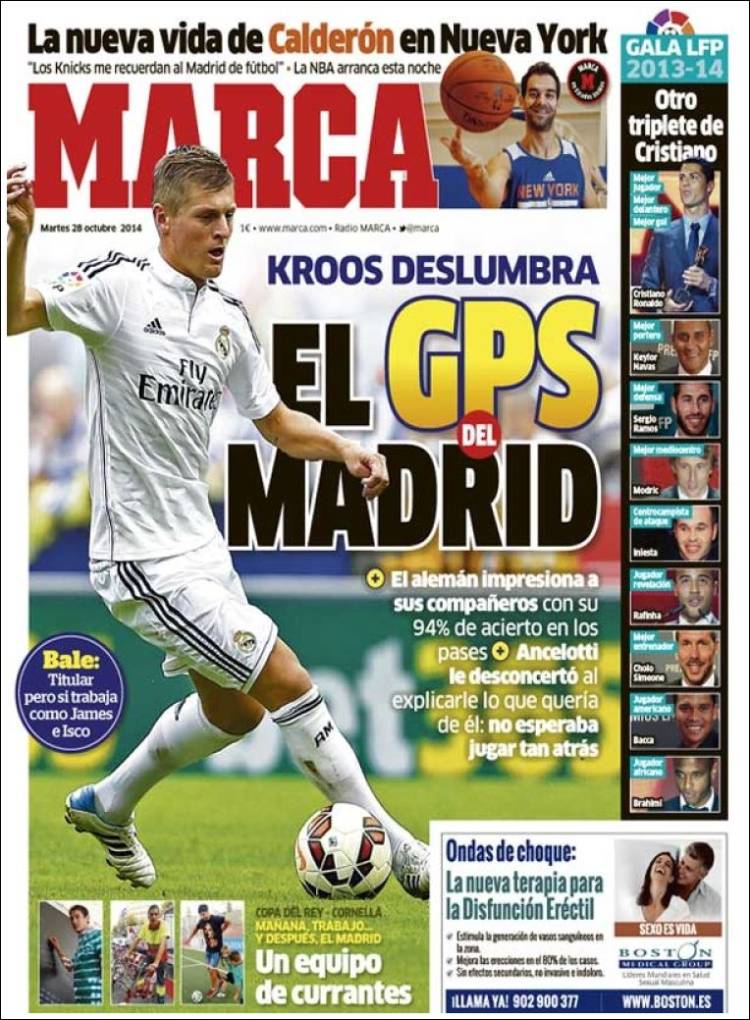 Ancelotti unsettled him when explaining what he wanted: he wasn’t expecting to play so deep

Bale: In the starting line-up but only if he works like James and Isco

A team of workers 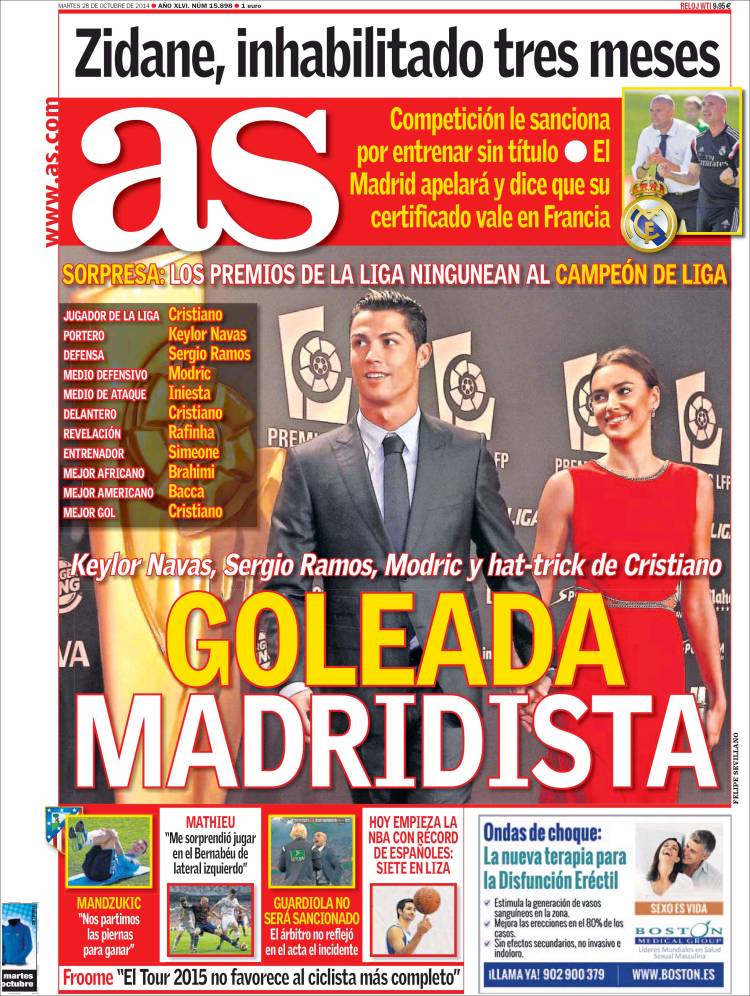 Keylor Navas, Sergio Ramos, Modric and a hat-trick from Ronaldo

Surprise: No awards for the League Champions

Zidane banned for three months: Competitions Committee sanctions him for coaching without qualifications

Madrid will appeal and say his certificate is valid in France

Mandzukic: “We stretch our legs to win”

Mathieu: “I was surprised to play as a left-back at the Bernabeu”

Guardiola will not be banned: the referee doesn’t place the incident on record 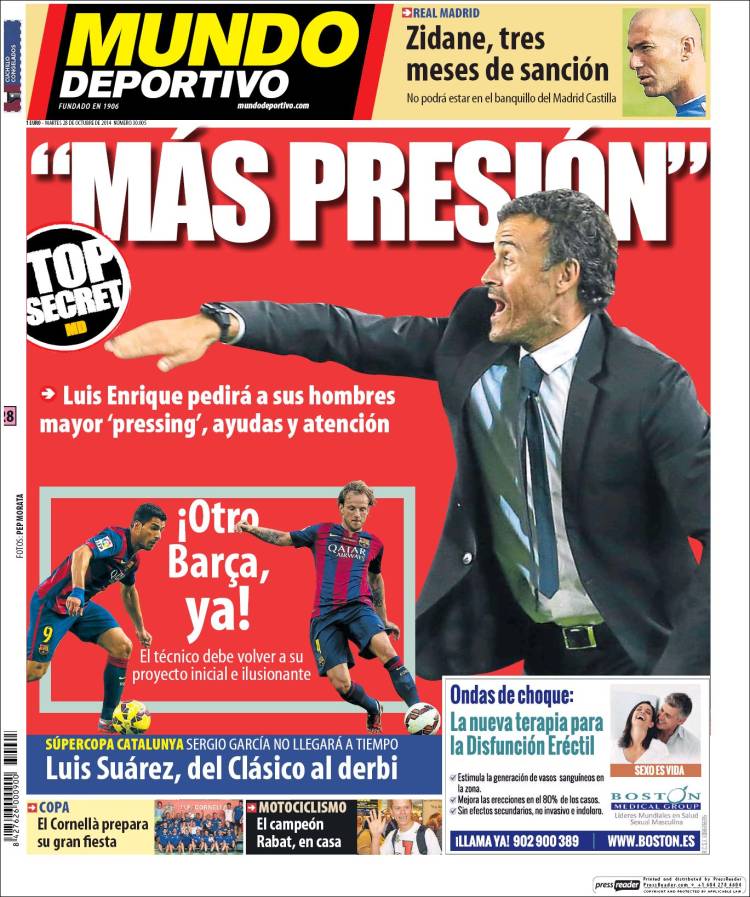 Luis Enrique will ask his men for more ‘pressing’, support and concentration

The other Barca, now! The Coach must return to his original exciting project

Zidane banned for three months: he will be unable to sit on the Madrid Castilla bench

Supercopa de Catalunya: Sergio Garcia will not make it in time

Luis Suarez: From El Clasico to the derby

Cornella get ready for their great party