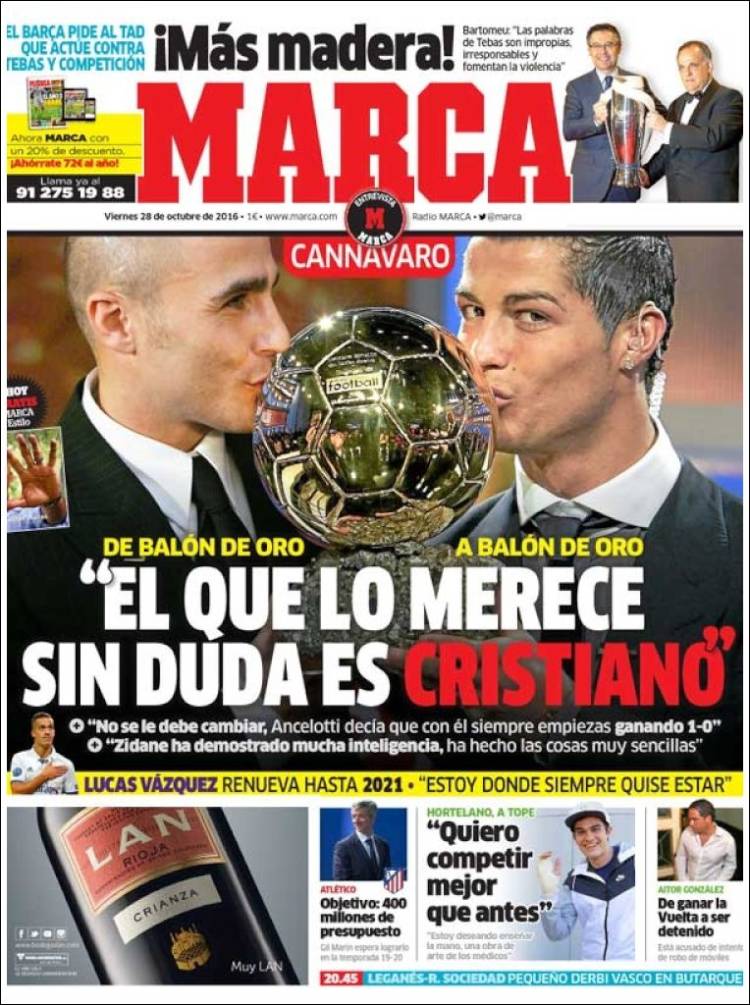 From one Ballon d'Or winner to another (Cannavaro to Ronaldo)

'Without a doubt, Cristiano deserves it'

'It should not be changed, Ancelotti said that with him you always start 1-0 up'....'Zidane has shown a lot of intelligence and made things simple'

Lucas Vazquez renews until 2021 - 'I always want to be here'

More wood! Bartomeu: 'The words of Tebas are inappropriate, irresponsible and a recipe for violence' - Barca want action against LaLiga chief 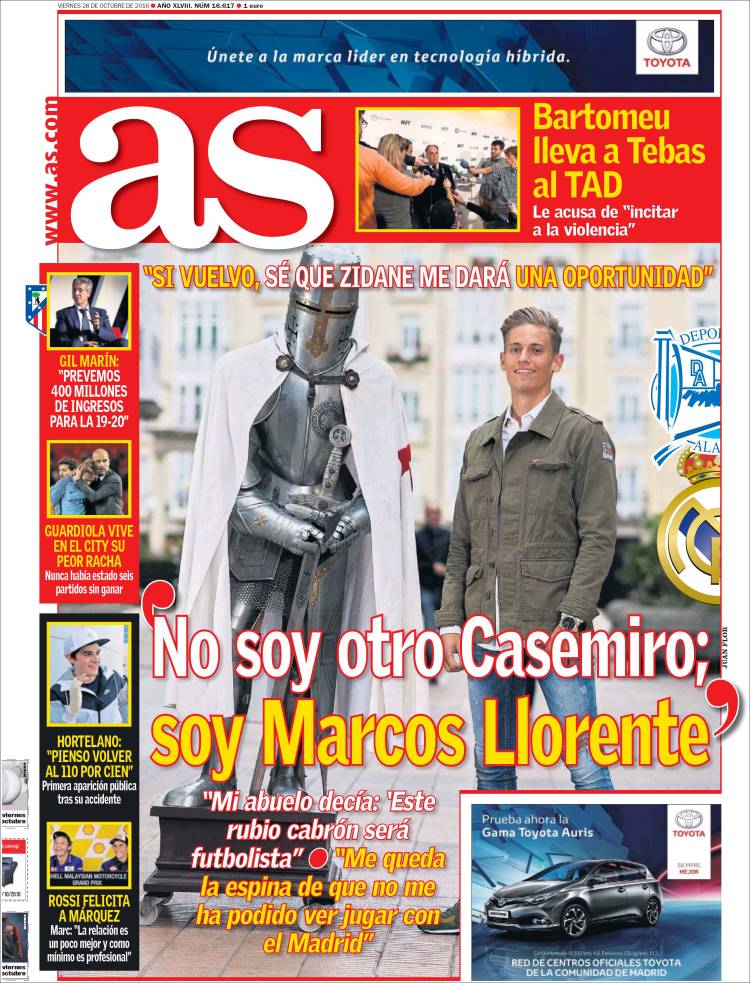 I'm not another Casemiro, I am Marcos Llorente

'If I return, I know Zidane will give me a chance'

'My grandfather had said, this blond idiot will be a footballer'...'It does hurt a little I can't play against Real Madrid' 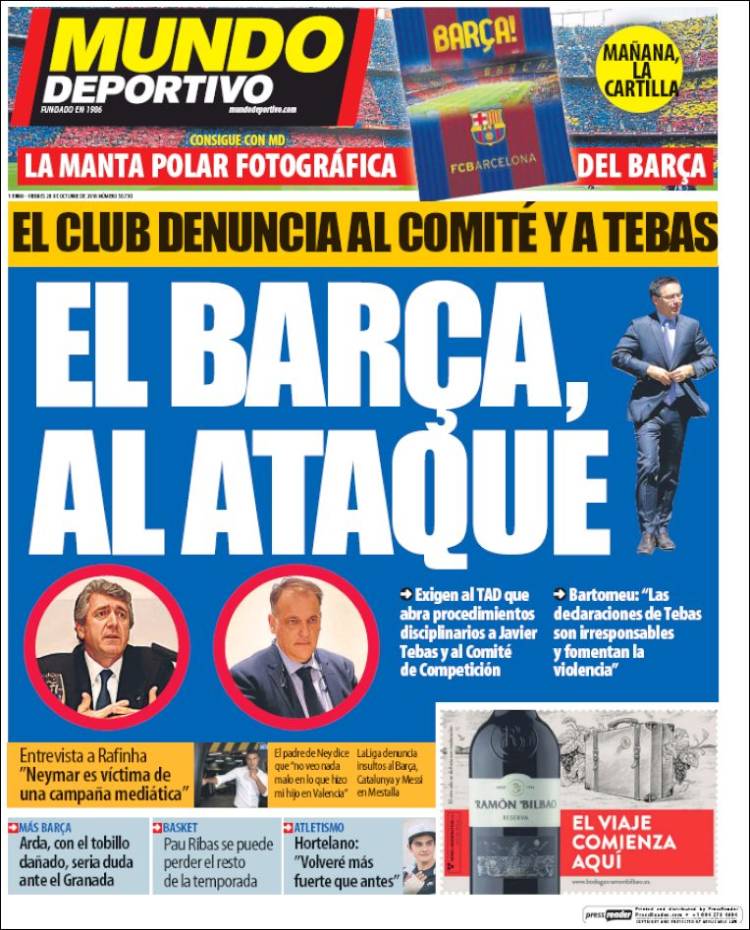 Barca, on the attack

The club denounces the committee and Tebas

They demand the TAD take disciplinary action against Javier Tebas

Bartomeu: 'The words of Tebas are irresponsible and incite violence'

Interview with Rafinha: 'Neymar is the victim of a media campaign'

Neymar's dad: I see nothing wrong with what my son did in Valencia

More Barca - Arda, with a damaged ankle, a serious doubt against Granada