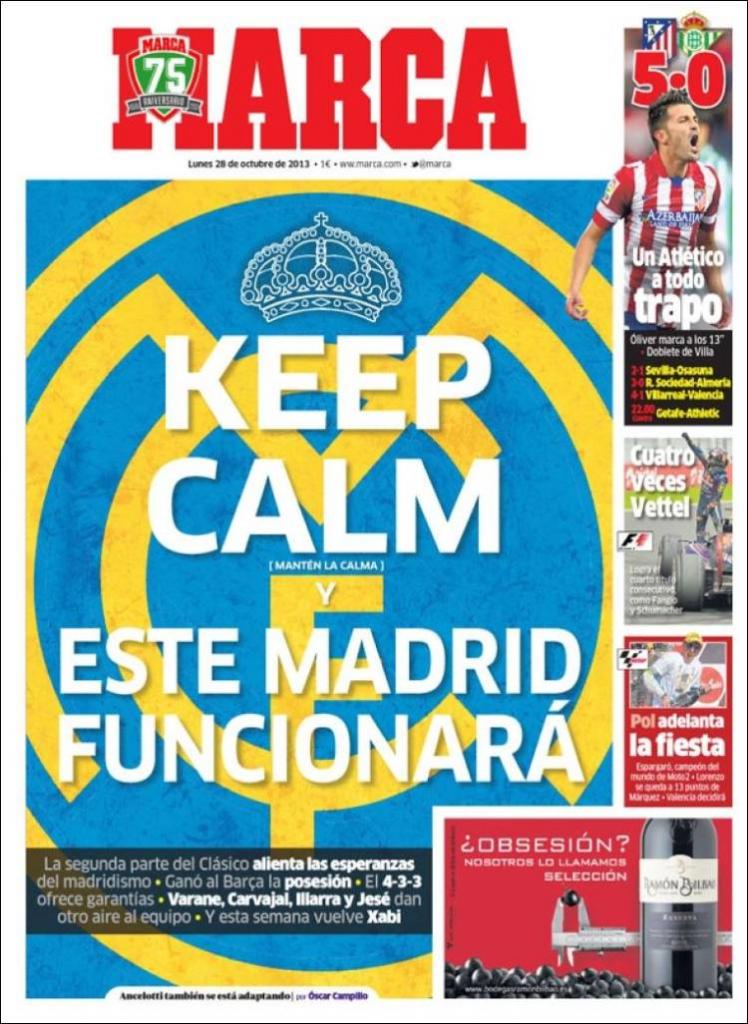 Keep calm and Madrid will work

Varane, Carvajal, Illarra and Jese give the team a fresh look

Atletico are full steam ahead

Oliver scores after 13 seconds, Villa gets a double 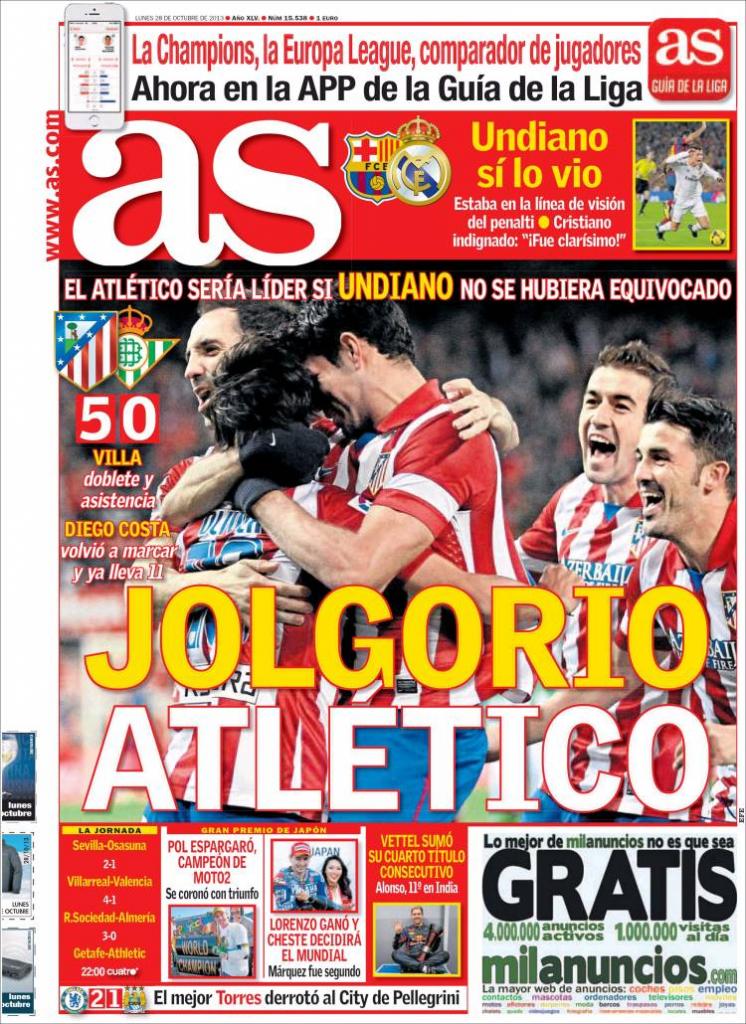 Villa gets a double and provides an assist

Atletico would be the leader were it not for Undiano

Undiano had a clear site of the incident

Cristiano indignant: "It was a clear penalty"

Espargaro gets pole in Moto GP 2

Lorenzo wins and Cheste will decide the championship 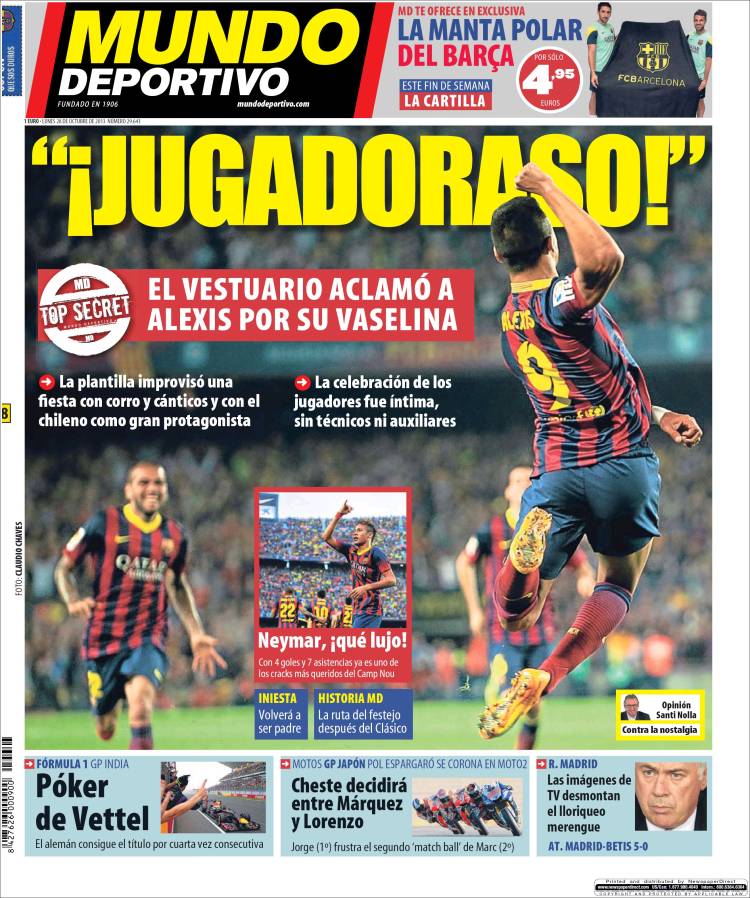 The team praise Alexis for his wonderful chipped goal

The celebration of the players was intimate, without coaches or assistants

Neymar, what a luxury!

He now has four goals and seven assists, already making himself one of hte most loved players at Camp Nou

Iniesta will be a father for a second time

The German gets his fourth consecutive title

Cheste will decide who wins the championship between Marquez and Lorenzo