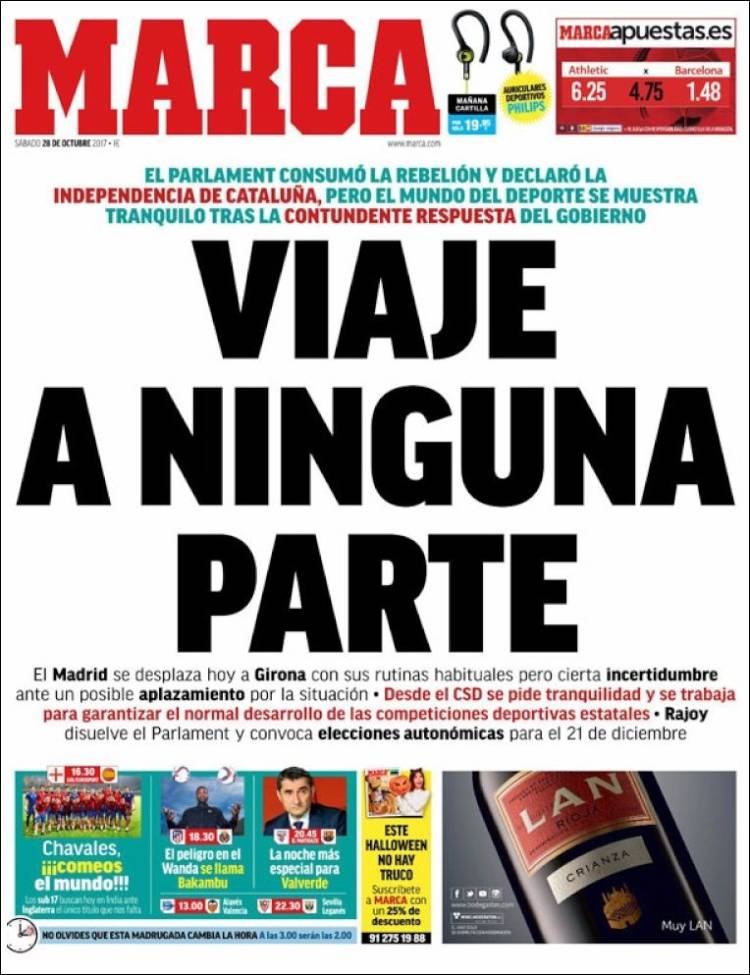 The Parliament of Catalonia consumes the rebellion and declares independence in the region, but the world of sport is calm after the government’s strong response

Madrid travel to Girona, carrying out their usual routine, but there is some uncertainty ahead of a possible postponement due to the situation

The threat at Wanda is named Bakambu

The most special night for Valverde 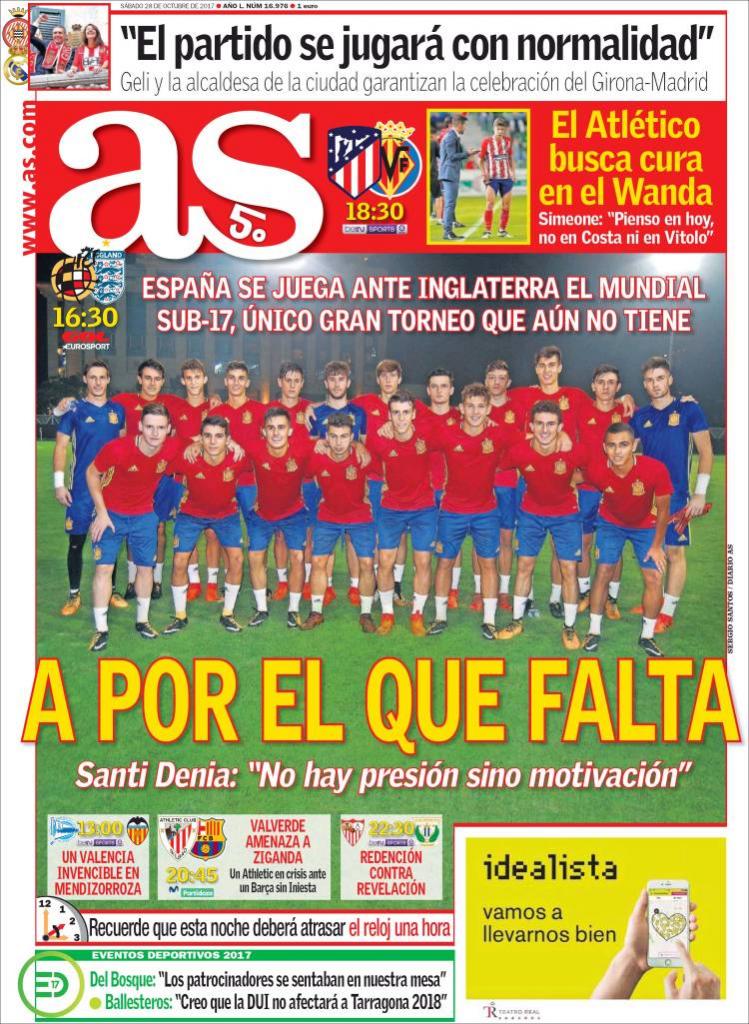 Spain play against England for the Under-17 World Cup, the only major tournament that we have not won yet

Going for the one that’s missing

Atletico look for a cure at Wanda

“The match will be played as normal”

Geli and the city’s mayor guarantee the ‘celebration’ Girona-Madrid 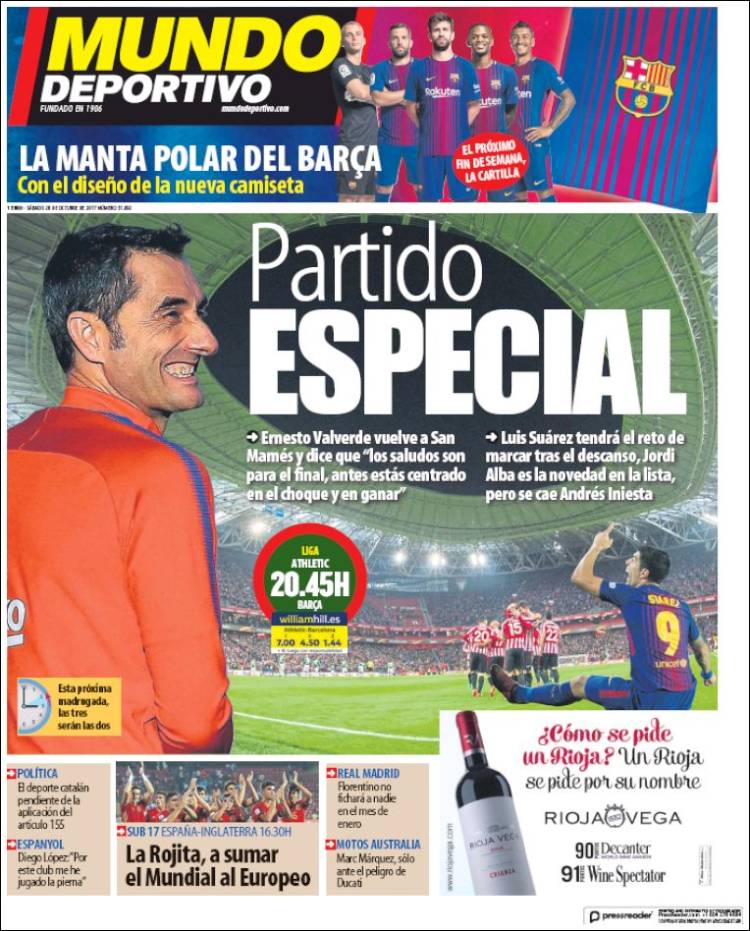 Ernesto Valverde returns to San Mames and says that “greetings are for the end. Before that, we’re focused on the clash and winning”

Luis Suarez will have the challenge of scoring after half-time and Jordi Alba is the new face in the squad, but Andres Iniesta misses out

Catalan sport waits for the application of Article 155

Diego Lopez: “I’ve given my legs for this club”