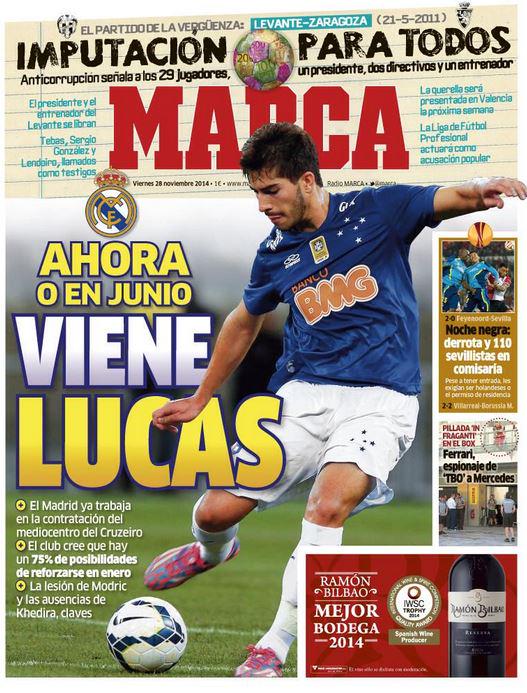 Lucas is coming, now or in June

Madrid are already working on the Cruzeiro central midfielder’s contract

The match of shame: Levante-Zaragoza

Charges for everybody: anti-corruption cites 29 players, a President, two directors and a Coach

The Levante Coach and President are free

The charges will be brought in Valencia next week

The Spanish League (LFP) will act as the prosecution

A black night: defeat and 110 Sevilla fans in the police station 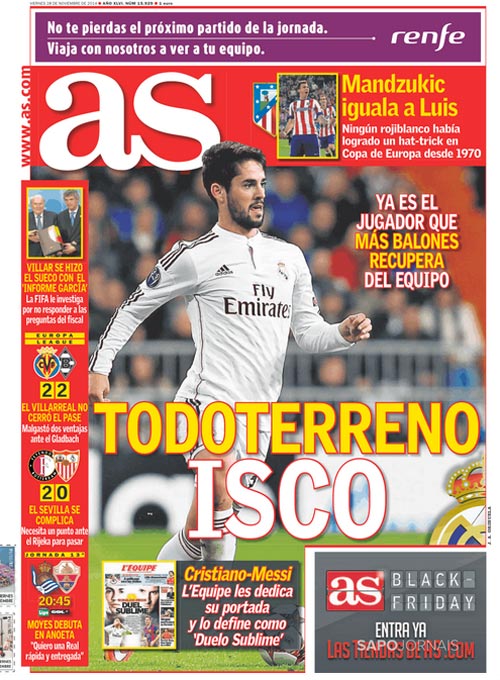 Cristiano-Messi: L’Equipe dedicate their front page and describe them as the ‘sublime duel’

Mandzukic equals Luis: no Rojiblanco had scored a hat-trick in the European Cup since 1970

Villar to answer the Swede over the ‘Garcia Report’

FIFA investigates him for failing to answer the financial questions

Sevilla make it difficult: they need a point against Rijeka to qualify

Moyes debuts at Anoeta: “I want a fast and driven La Real” 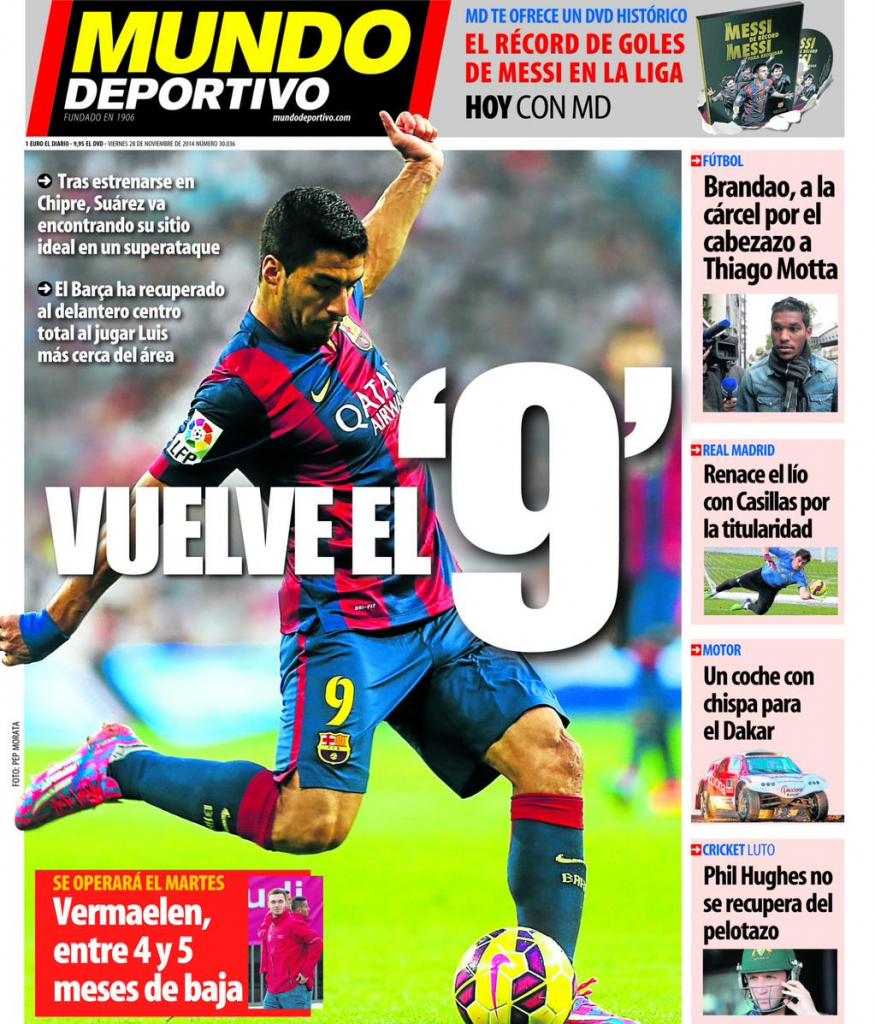 After his first time in Cyprus, Suarez is still trying to find his ideal position in the ‘super-attack’

He will be operated on this Tuesday: Vermaelen out between four and five months