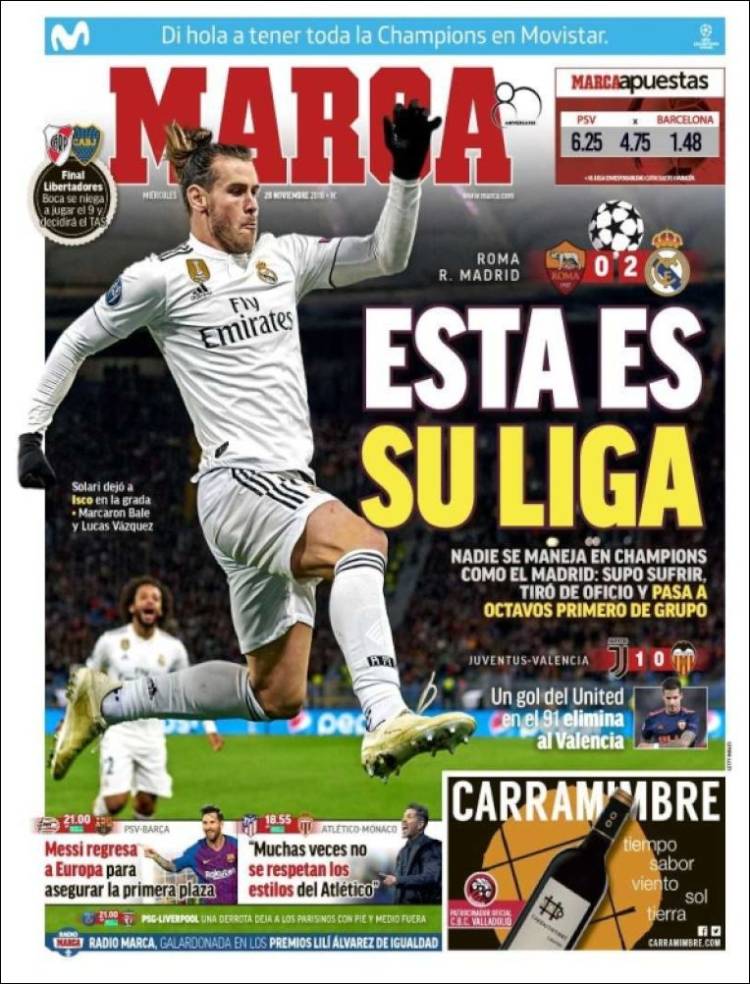 Copa Libertadores - Boca refuse to play in the second leg

'The style of Atleti has not been respected many times' 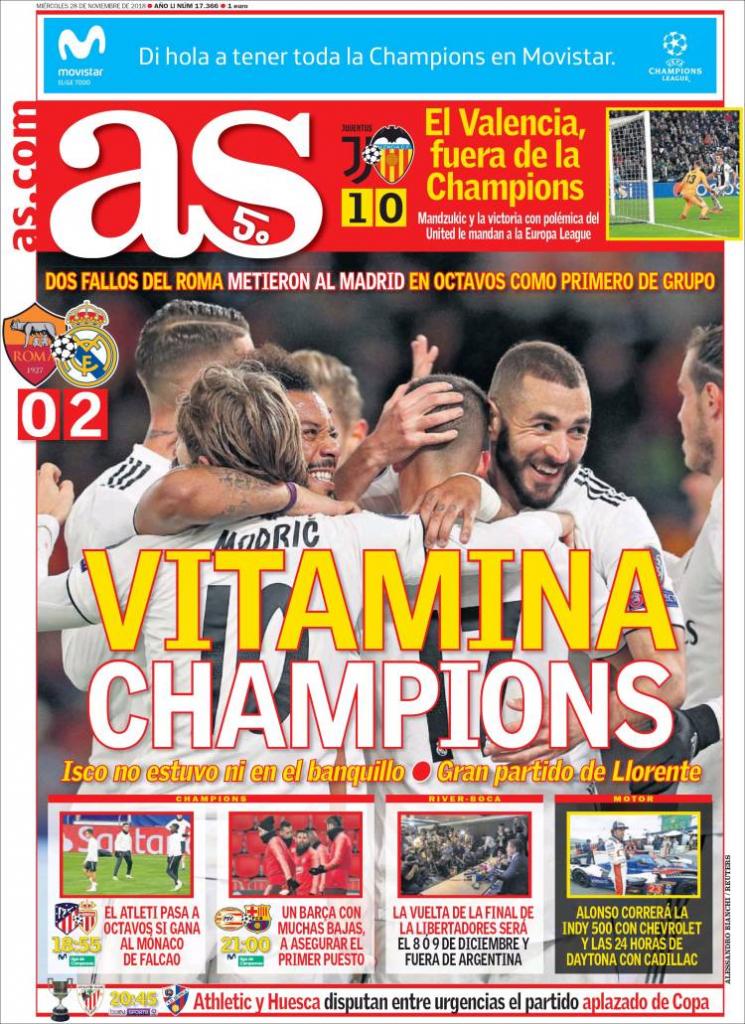 Isco was not in the squad, great game of Llorente

Two failures from Roma put Madrid into the last 16

Valencia out of the Champions League - lose at Juventus, United beat Young Boys

Atleti through to the last 16 if they beat Falcao's Monaco

Barca, with many injuries, look to secure top spot

Copa Libertadores return on 8 or 9 December, outside of Argentina 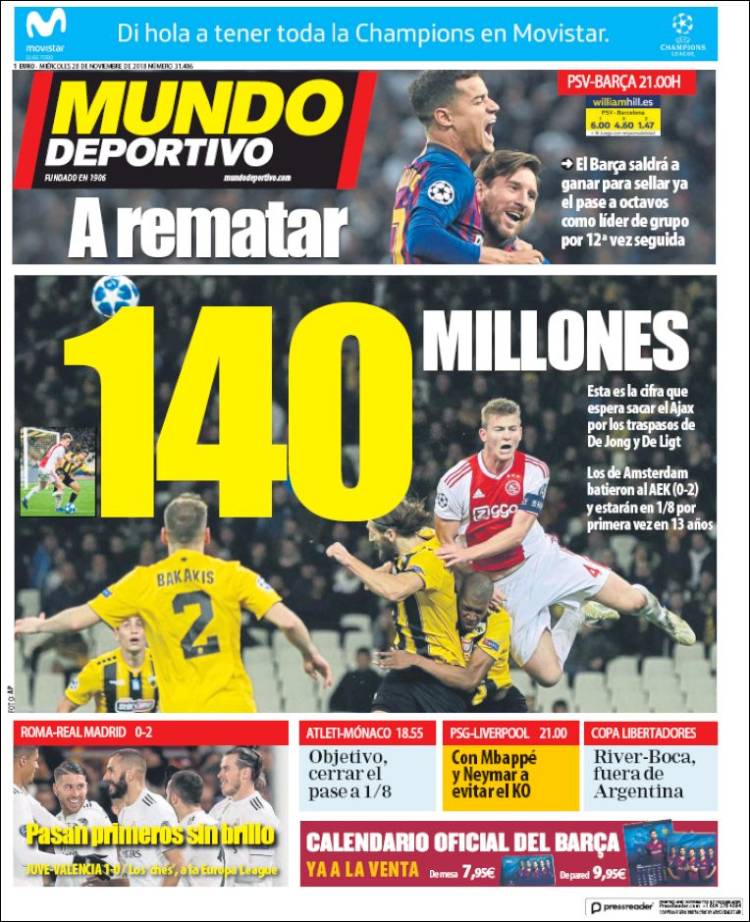 This is the offer Ajax expect for De Ligt and De Jong, they beat AEK Athens 2-0 to go into Champions League last 16

Madrid through to the last 16 but lacklustre

Atleti objective is the last 16

PSG with Mbappe and Neymar to avoid elimination

River v Boca, outside of Argentina