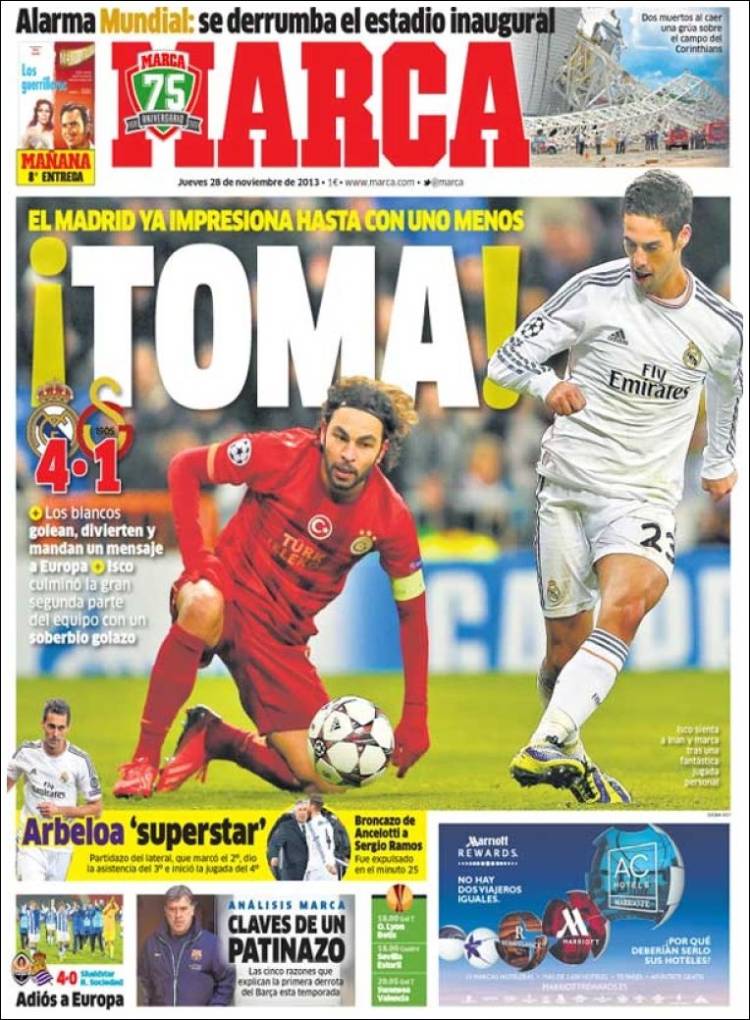 Madrid impress with one less

Isco completed a great second half with a superb strike

The full-back had a great game, scoring one goal, providing the assist for another and starting the play that led to Isco's goal

Ancelotti angered by Ramos' expulsion in the 25 minute

The keys to the mess

The five reasons that explain Barca's first loss this season

World Cup alert: The stadium that will host the opening match collapses 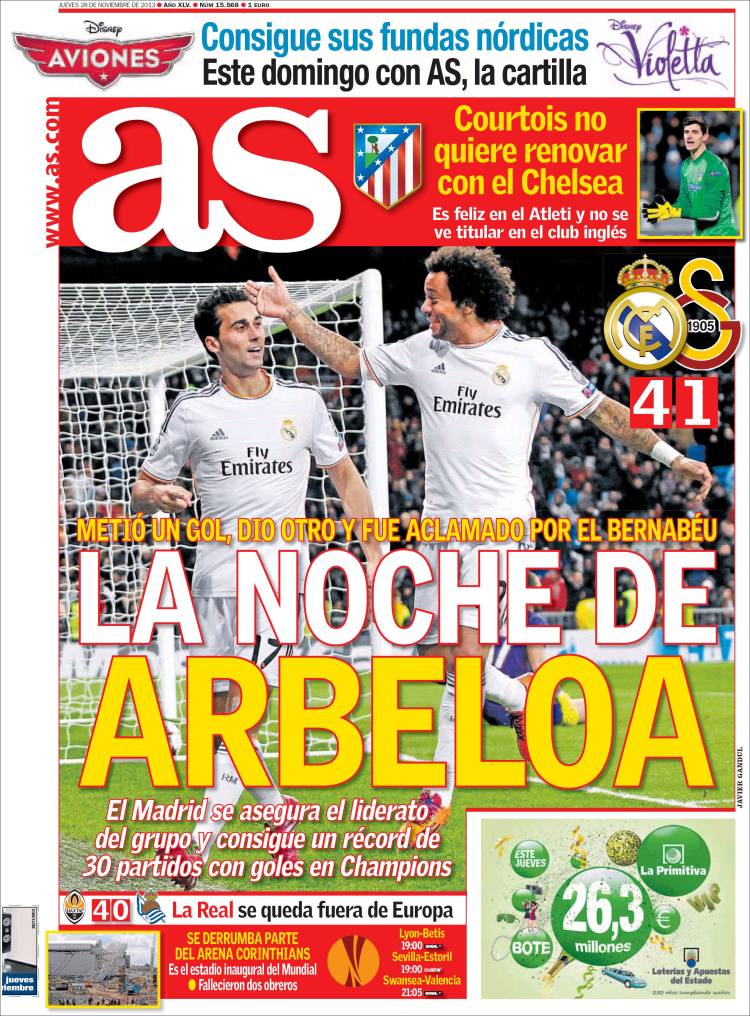 He scored a goal, created another and received the acclaim of the Bernabeu

Courtois does not want to renew with Chelsea

La Real are dumped out of EUrope

A part of the Corinthians Arena collapses 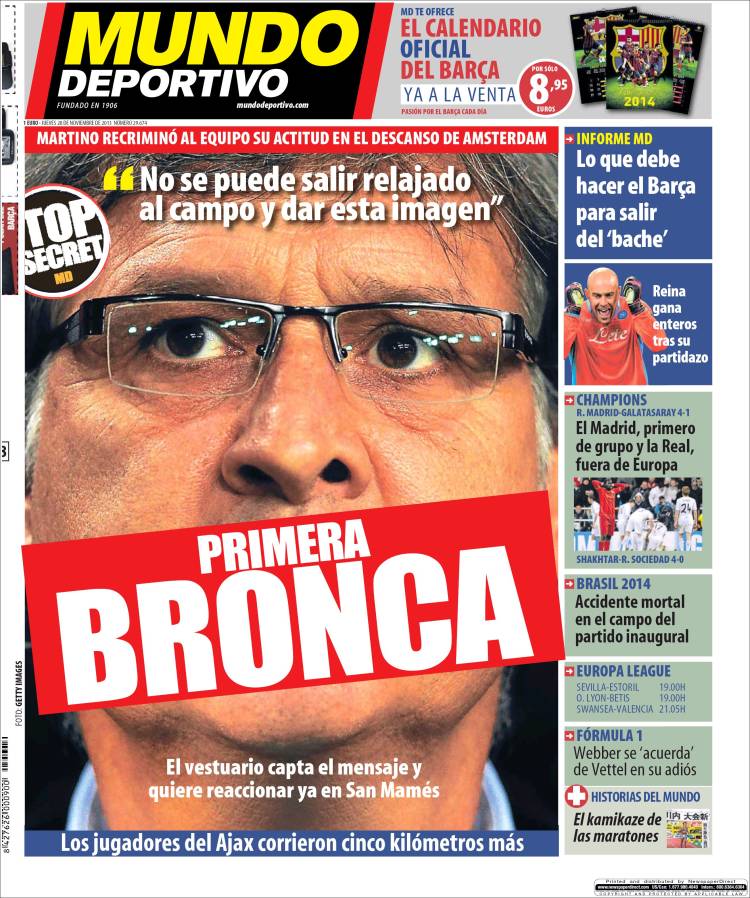 What Barca have to do to get out of the mess

Real Madrid, first in the group, La Real, out of Europe

Brazil 2014: Mortal accident at the stadium that will host the opening World Cup game