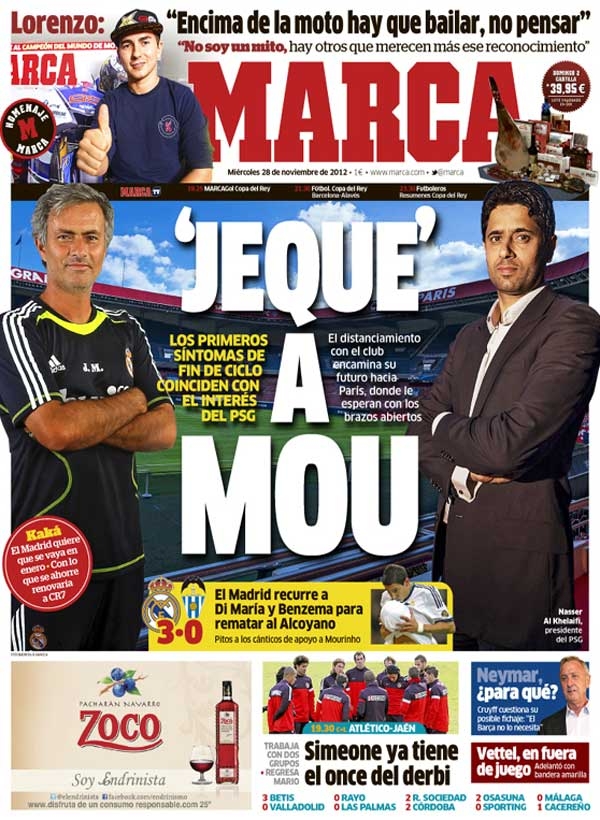 Sheikh to Mou: The first indications of the end of his era at Real Madrid with the interest of PSG

Madrid resort to Di Maria and Benzema to finish off Alcoyano

Whistle and chants of support for Mou

Simeone already has his eleven for the derby

Neymar for what? Cruyff questions the possible signing of the Brazilian “Barca don’t need him”

Vettel committed an overtaking on the yellow flag

Kaka: Madrid want him to go in January to save money to put to renewing Ronaldo’s contract

Lorenzo: “aside from motorcycling, it’s necessary to dance for its something where you don’t have to think” and “I am not a myth, there are others more deserving of more recognition” 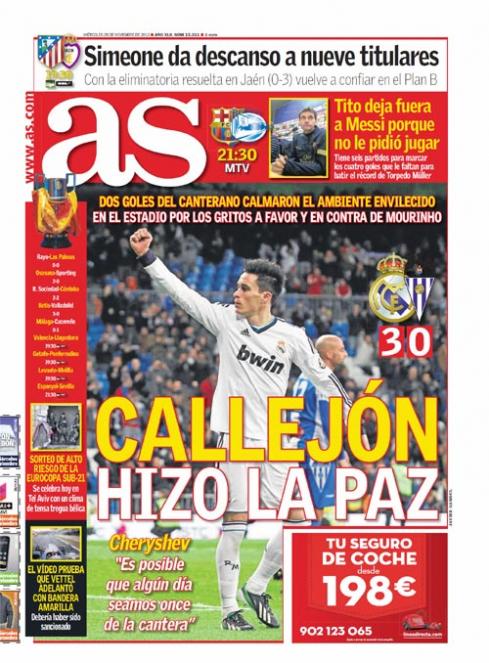 Callejon made the peace

Cheryshev: It is possible that someday we will have 11 youth players in the first team

Tito leaves out Messi because he did not ask to play

Messi has seven games to go this year to break the record set by The Bomber, Gerd Muller

High risk in the draw for the Eurocup Under 21

A video provides evidence that Vettel made an illegal turn on the yellow flag: he should have been sanctioned 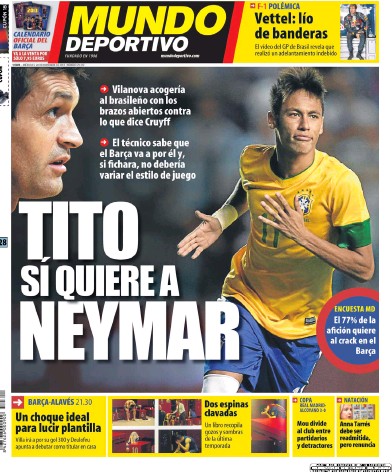 Tito if he wants Neymar

Survey: 77 per cent of fans want the Brazilian at Barca

Two nailed thorns: a book recollects the joys and sorrows of last season

Mou divides the club between his supporters and detractors

Swimming: Anna Tarres must be readmitted but resigns

Vettel: Confused by the flags