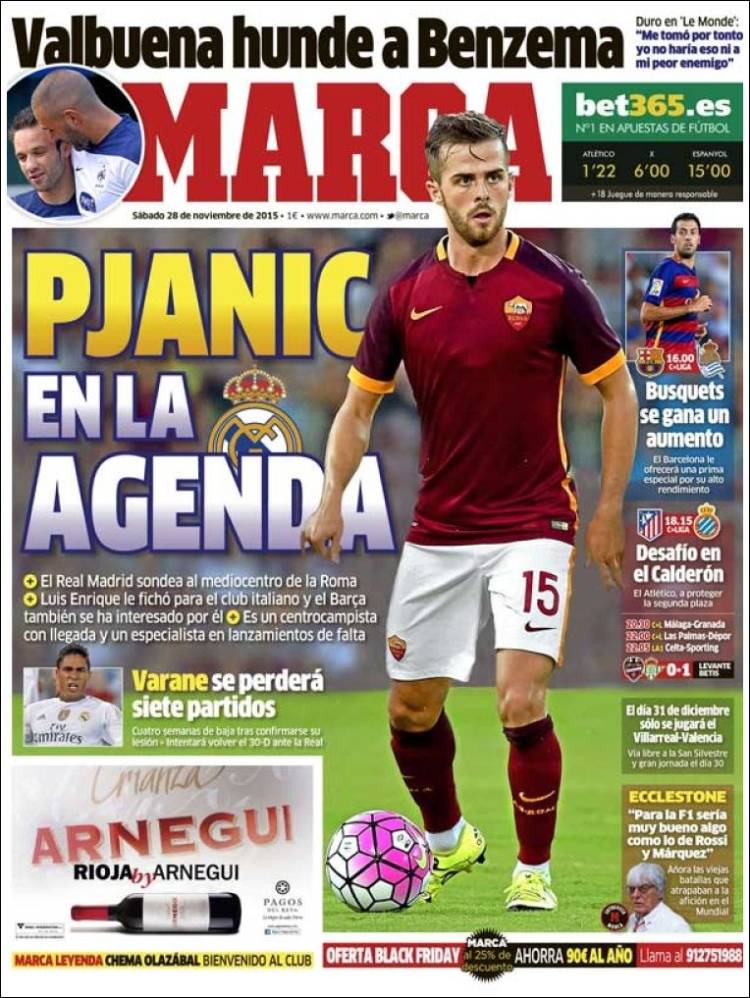 Pjanic on the agenda

He is a playmaker with a speciality in free kicks

Four weeks out after confirmation of his injury

Tough on ‘La Monde’: “He took me a fool, I would not even do that to my worst enemy”

Barcelona will offer him a special bonus for his impressive performances

Challenge at the Calderon

Only Villarreal-Valencia to be played on December 31 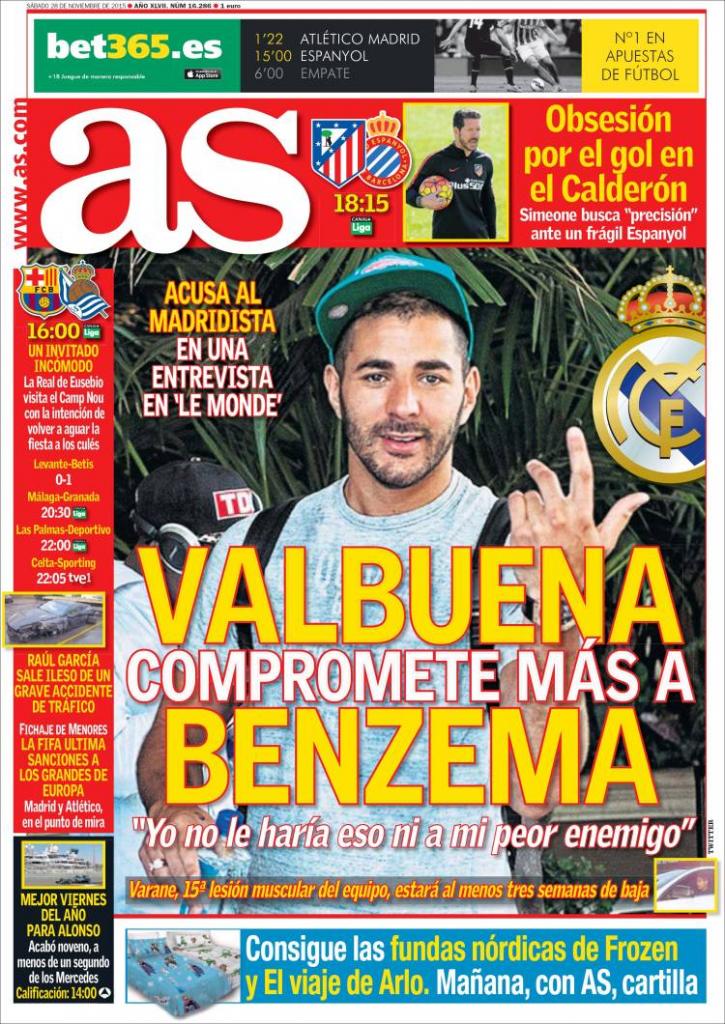 He accuses the Madrid player in an interview with ‘Le Monde’

“I would not even do that to my worst enemy”

Varane, a muscle injury means he will be out for at least three weeks

Simeone looking for “precision” against a fragile Espanyol

Raul Garcia comes through unscathed from a serious car accident

Madrid and Atletico in the spotlight 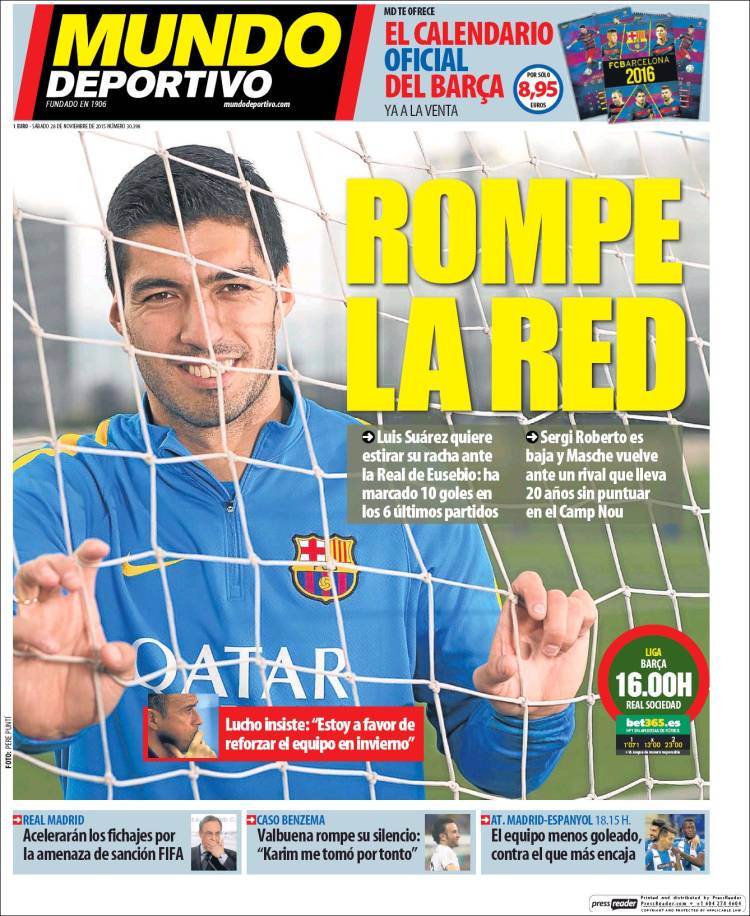 Luis Suarez wants to stretch his run against Eusebio’s Real: he has scored 10 goals in his last six matches

Lucho insists: “I am in favour of strengthening the squad in the winter”

Real Madrid, accelerate transfer plans due to the threat of FIFA sanctions

Caso Benzema, Valbuena breaks his silence: “Karim took me for a fool”