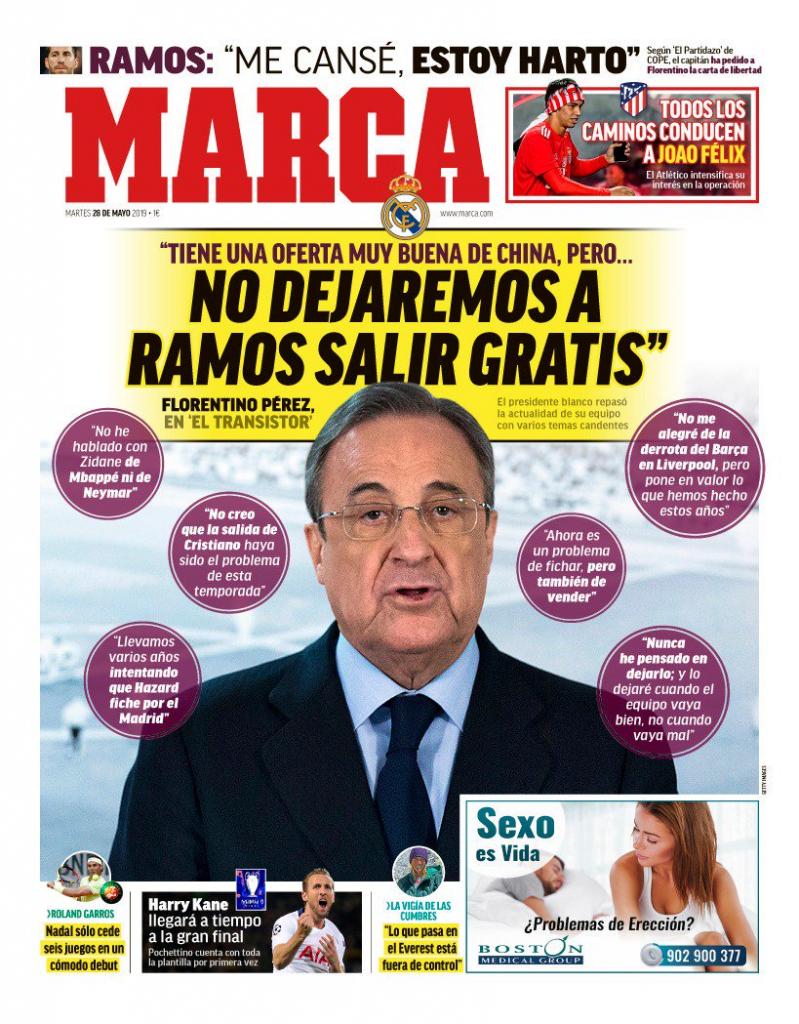 "We will not allow Ramos to leave on a free"

"He has an offer that is very good from China, but..."

Kane arrives on time for the big final 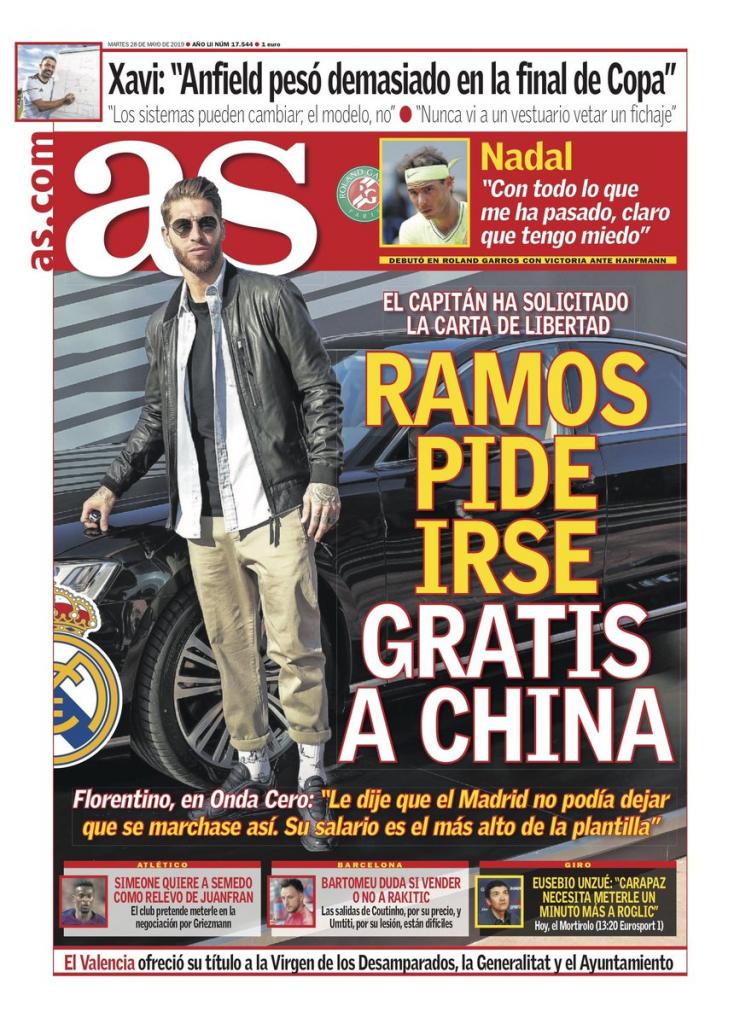 Ramos asks to leave to China for free

The captain has asked to leave on a free

Xavi: 'Anfield weighed too heavily in the Copa final'

Bartomeu doubts over whether or not to sell Rakitic 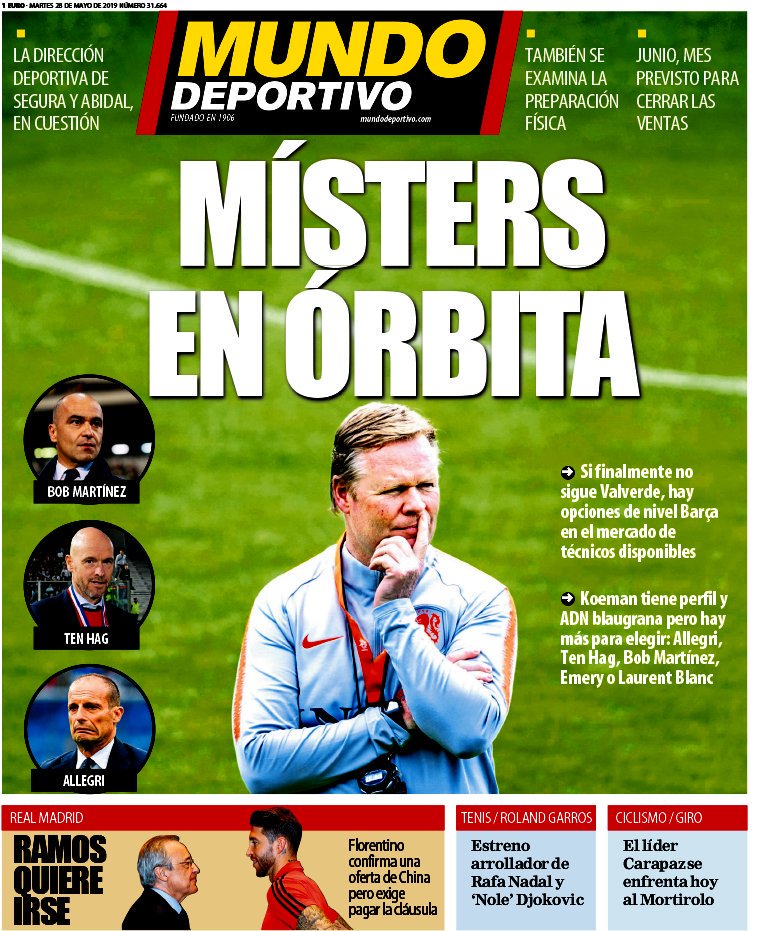 Options for Barcelona should they sack Valverde, Koeman has the profile but there are more