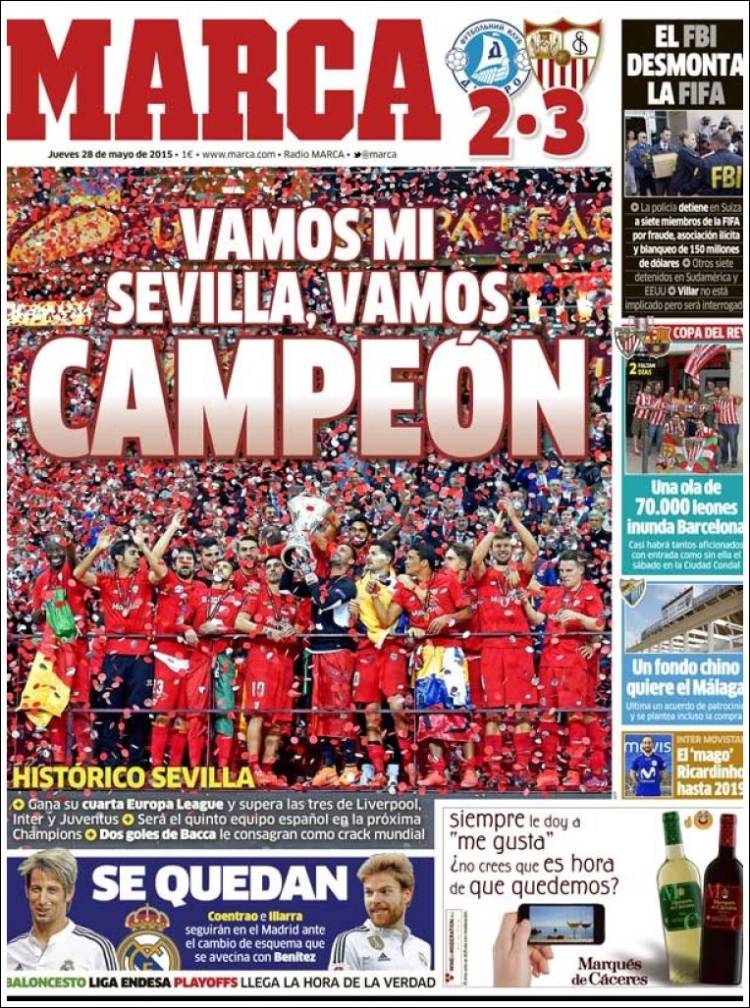 Wins a fourth Europa League and surpasses the three of Liverpool, Inter and Juventus

The fifth Spanish side in next season’s Champions League

Bacca’s two goals consecrate him as a world star

The police detain in Switzerland seven members of FIFA for fraud, conspiracy and money laundering of $150m

A wave of 70,000 lions flooding Barcelona 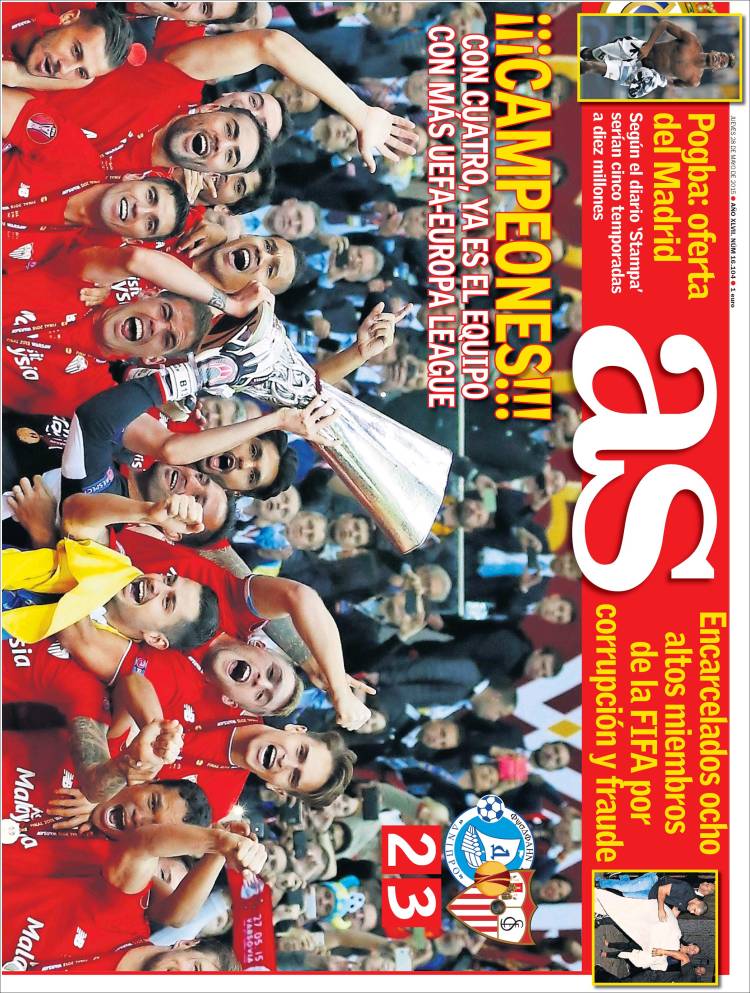 With four, they are the team with the most UEFA Cups/Europa Leagues

According to ‘La Stampa’ it would be five seasons and €10m

Eight senior members of FIFA incarcerated for corruption and fraud 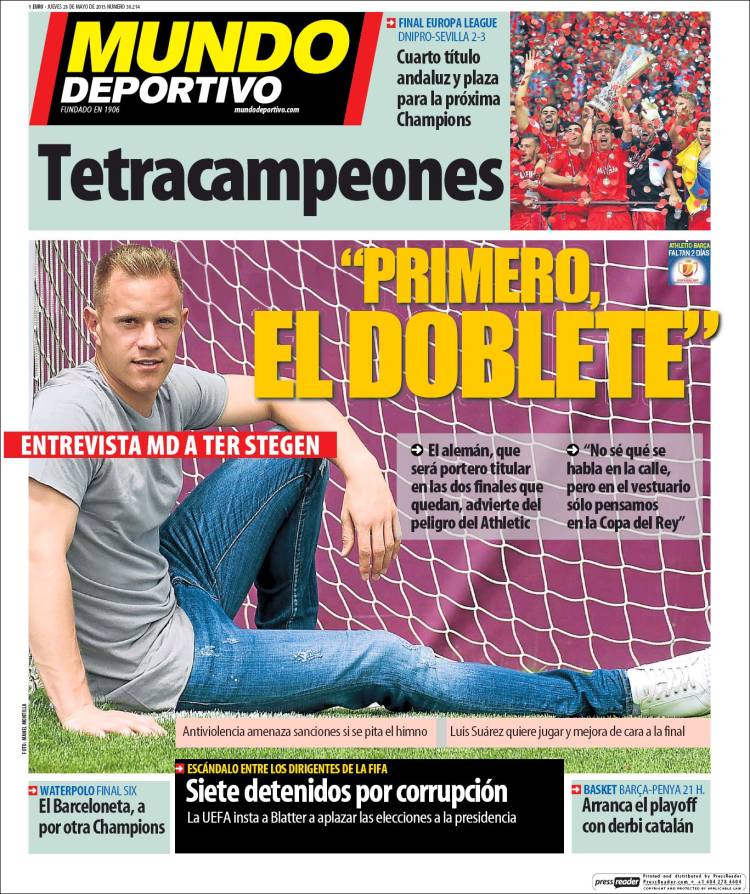 The German, starting goalkeeper in the two finals remaining, warns of the danger of Athletic

Scandal among the leaders of FIFA