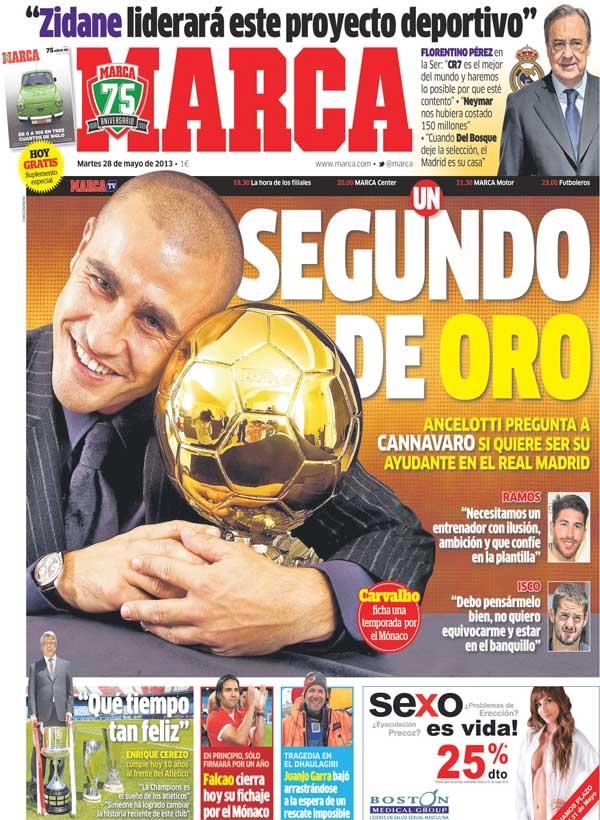 Ramos: "We need a coach with a dream, ambition and confidence in the team"

Isco: "I must think what is good for me, I do not want to be wrong at end up sitting on the bench"

Florentino Perez speaks on Ser: "CR7 is the best in the world and we will have to make him happy"

"Neymar would have cost us 150€ million"

"When Del Bosque leaves Spain, Madrid is his home"

"Champions League is the dream for Atletico fans"

"Simeone has be able to change the club's history"

Done in principal and he will only sign for a year 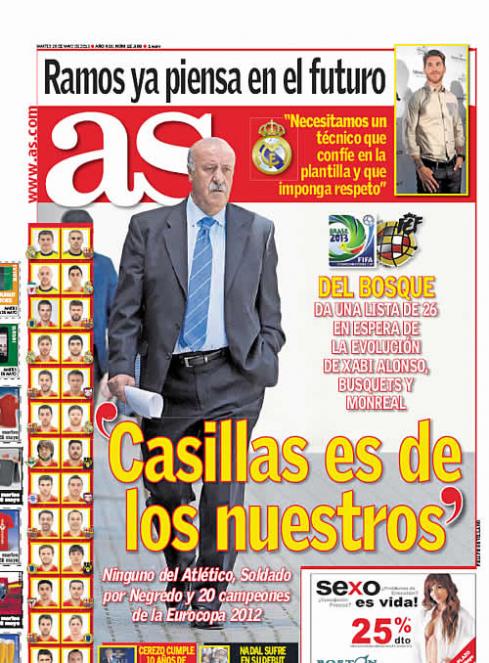 "Casillas is one of us," Del Bosque

Not one Atletico play, Soldado in for Negredo and 20 champions from Euro 2012

Del Bosque presents his list of 26 in the hope of a evolving the side around Xabi Alonso, Busquets and Monreal

"Neymar would have cost us 150€ million," Perez

"The Copa success has been the greatest"

Nada; suffers on his debut 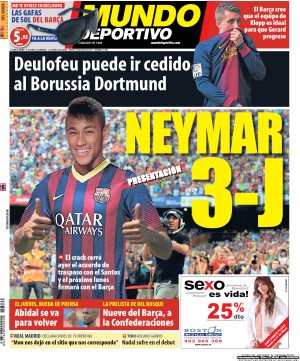 Thursday, in the press

The list for Del Bosque: Nine from Barca go to the Confederations

Real Madrid: Ramos talks for the team to Perez

Deulofeu could go to Dortmund