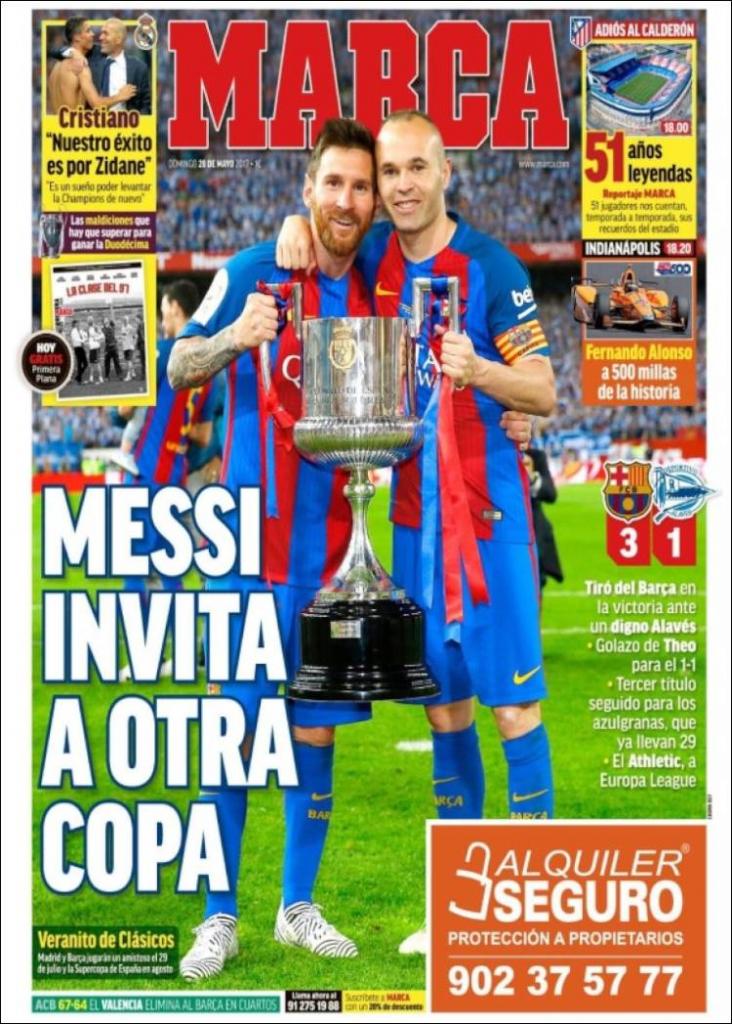 He fired Barca to victory over a dignified Alaves

Third title in succession for Barca, who have now won 29

Athletic, in the Europa League

“Our success is thanks to Zidane”

Goodbye to the Calderon 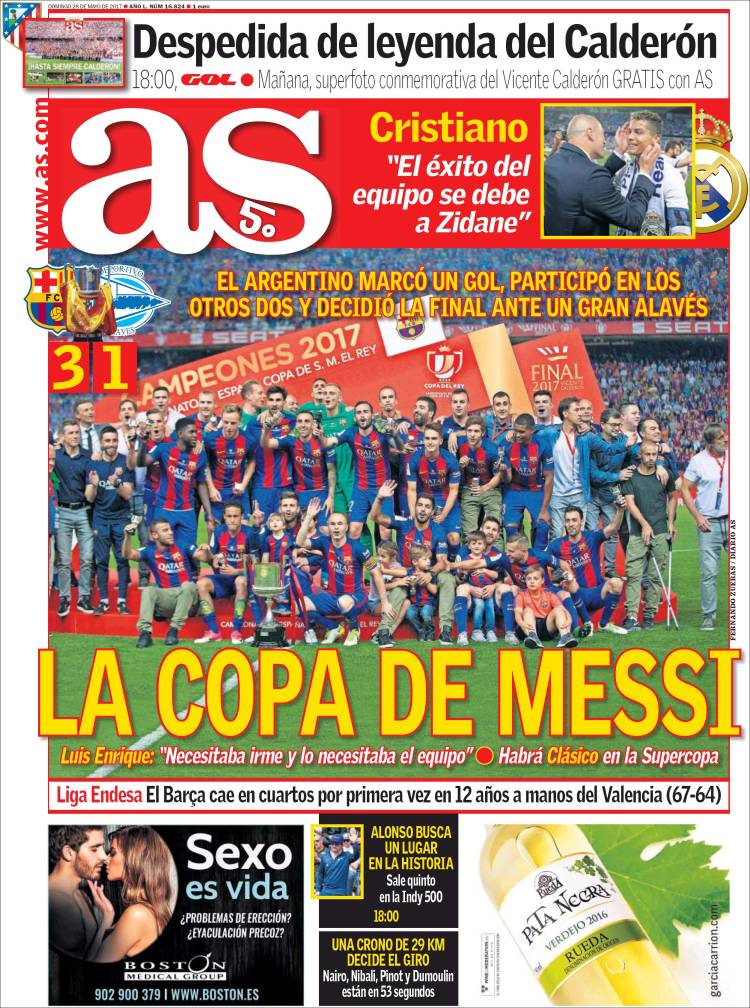 The Argentine scored a goal, participated in another two and decided the Final against a great Alaves side

Luis Enrique: “I needed to leave and the team needed me to”

There will be a Clasico in the Supercopa

“The team’s success is down to Zidane”

Farewell to the legend that is the Calderon 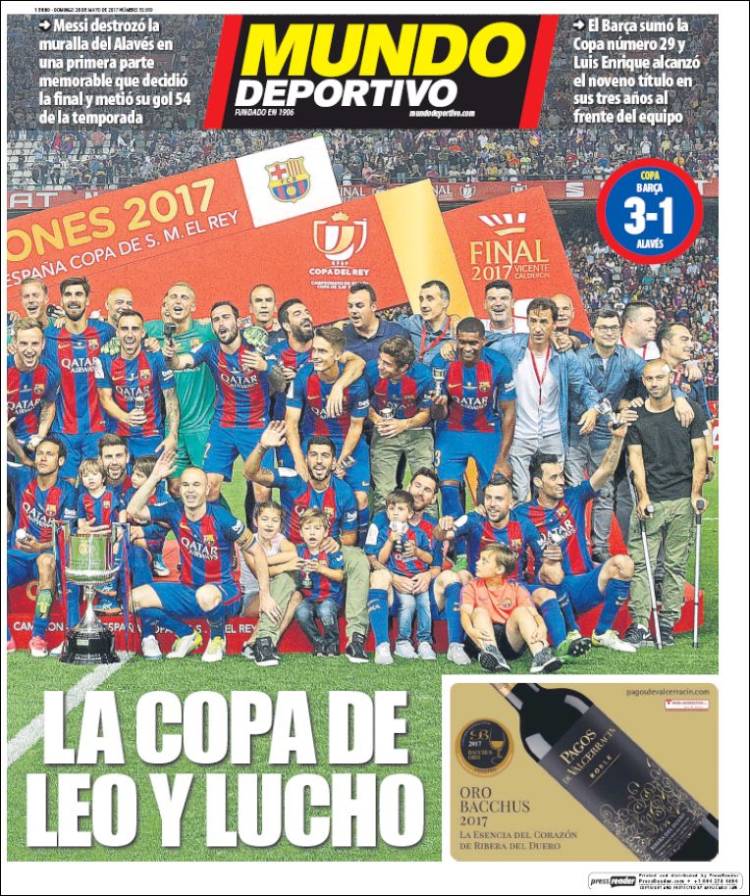