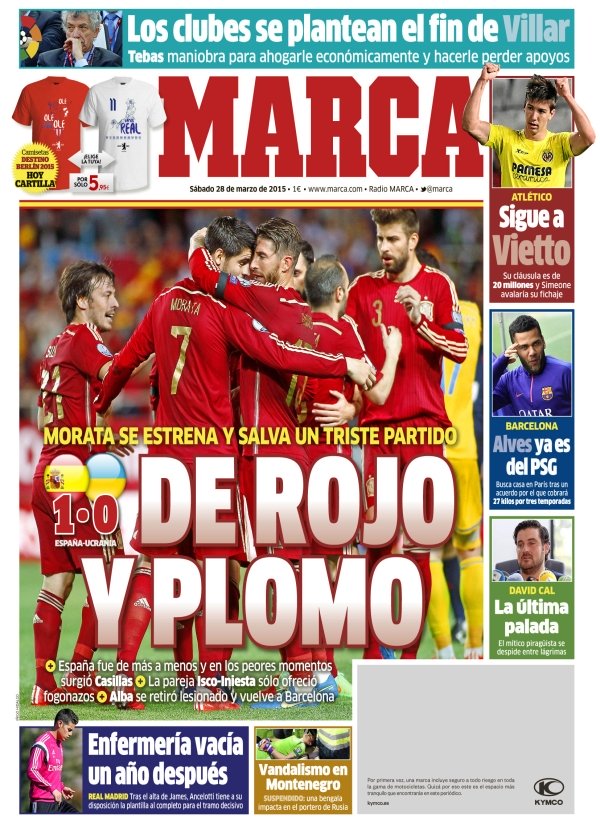 The Isco-Iniesta pairing only offered flashes

Alba was taken off injured and returns to Barcelona

Tebas manoeuvres to drown him economically and make him lose support

Atletico follow Vietto. His clause is €20m and Simeone endorses his signing

After James’ return from injury, Ancelotti has the entire squad at his disposition for the crucial run-in 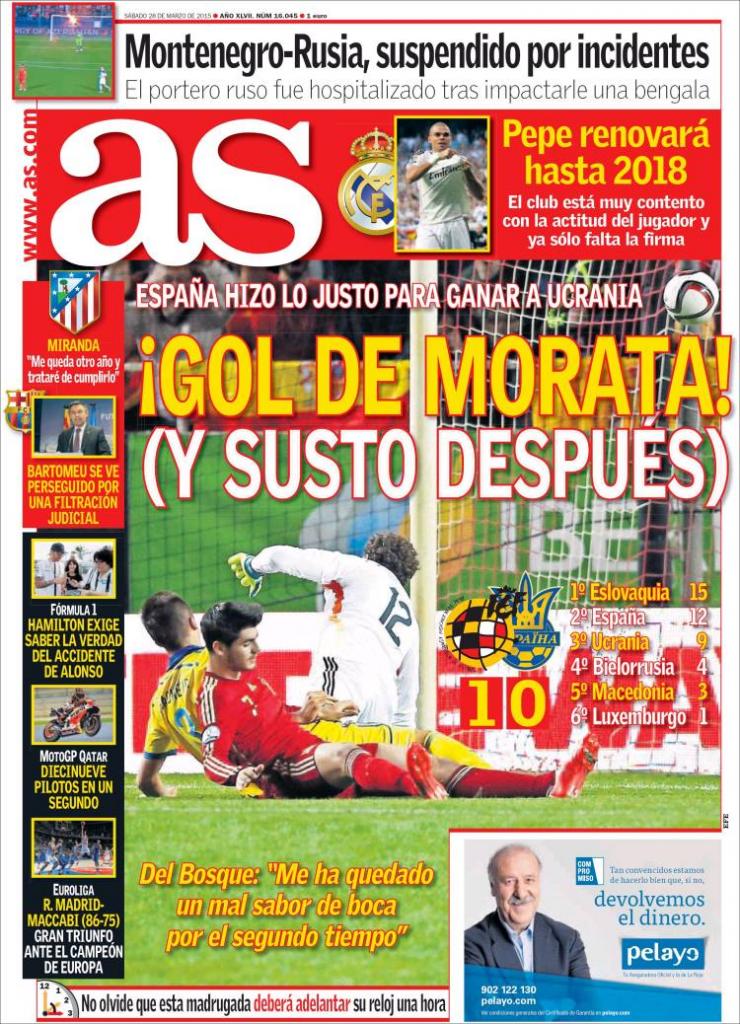 Goal from Morata! (And a fright afterwards)

Spain do enough to beat Ukraine

Del Bosque: “The second half left a bad taste in my mouth”

Montenegro-Russia abandoned because of incidents

Miranda: “I have another year left and I’ll try to complete it 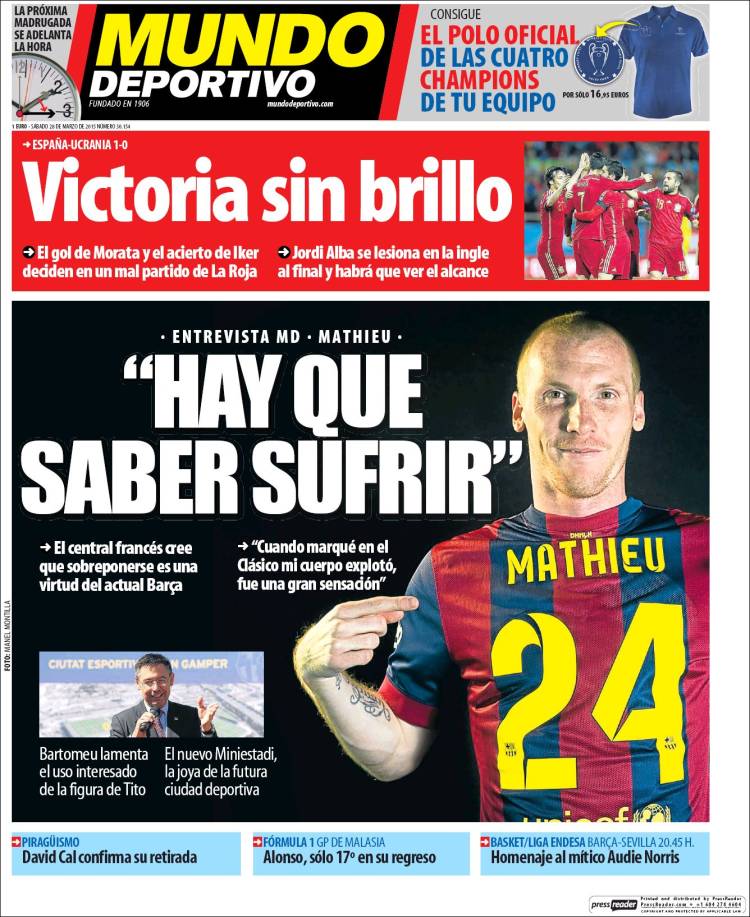 “We have to know how to suffer”

“When I scored in El Clasico my body exploded. It was a great sensation”

Bartomeu laments the worrying use of Tito’s reputation

The new Miniestadi, the jewel of the future sports city