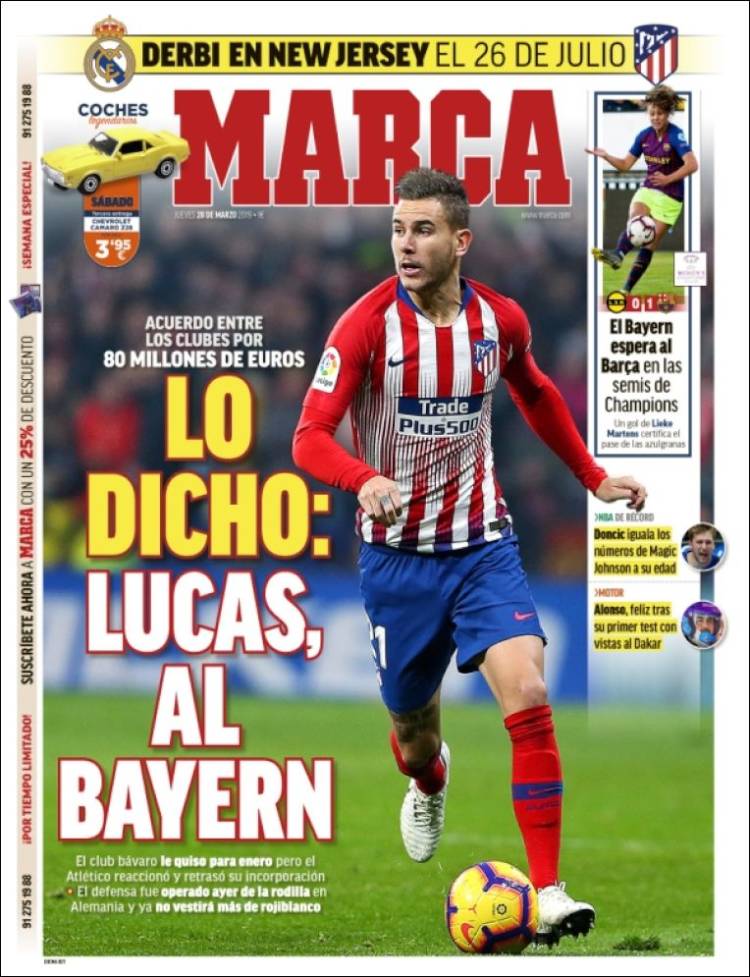 It was said: Lucas to Bayern

Agreement of 80m between the clubs 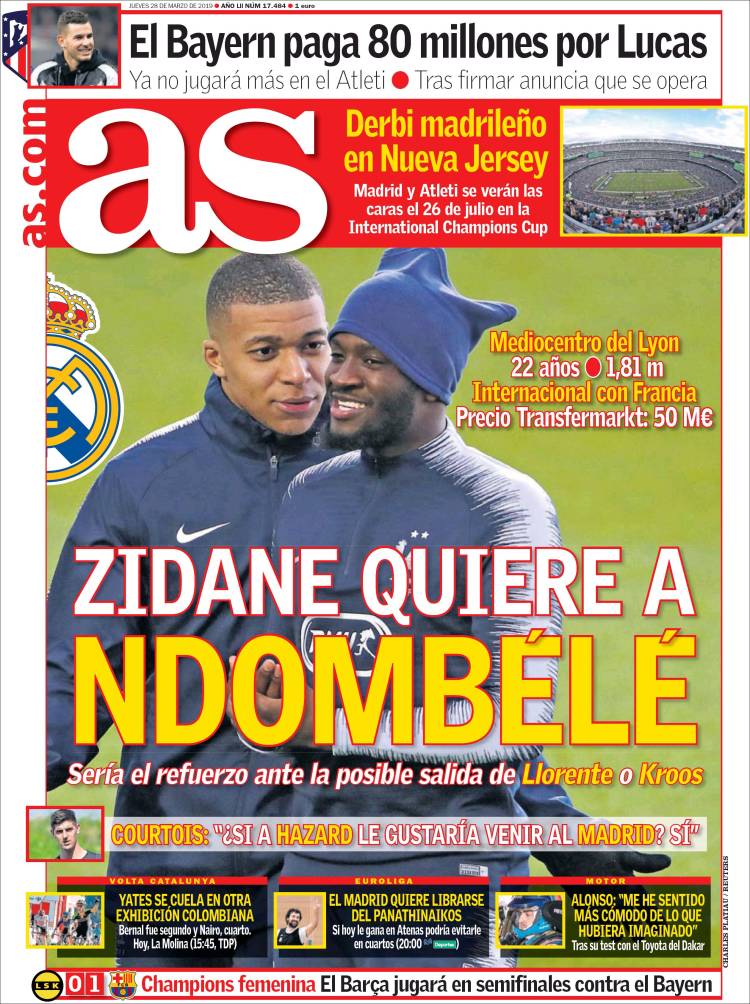 To reinforce the midfield after potential exits of Llorente and Kroos

Courtois: Would Hazard like to come to Madrid? Yes

Madrid derby in New Jersey - 26 July in the ICC 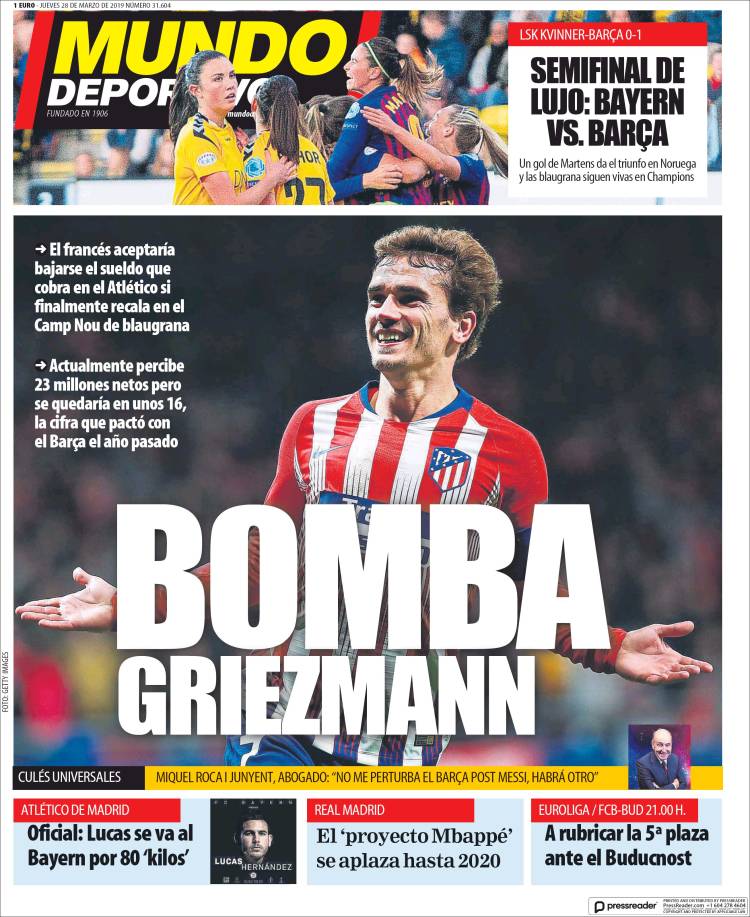 Willing to give up his record 23m euros to move to Barca, had agreed 16m for the Catalan club last year