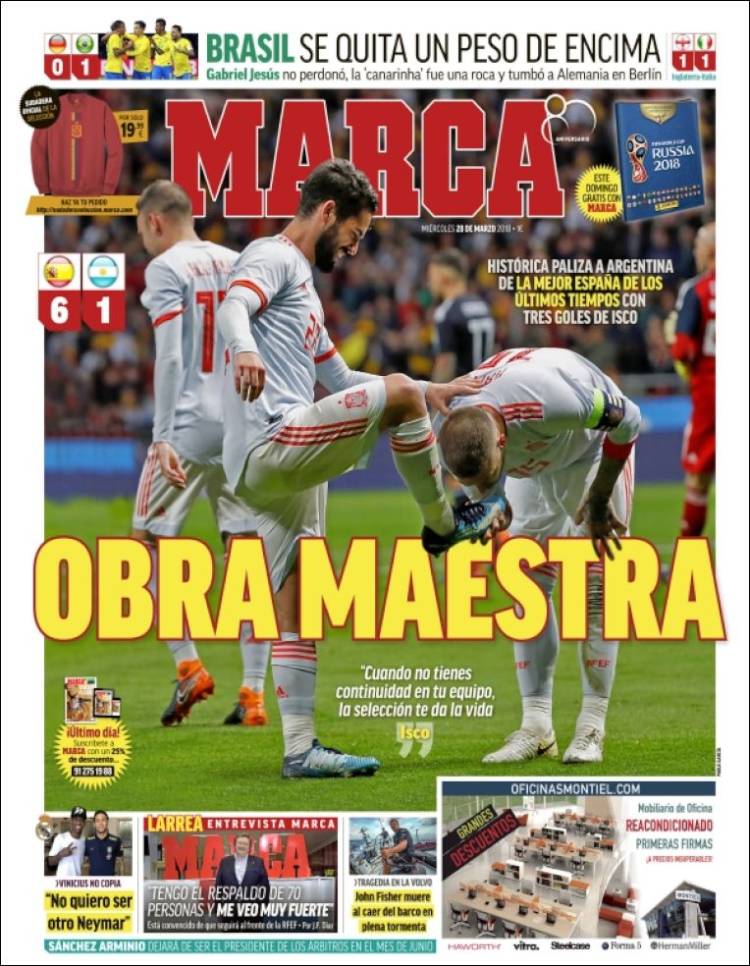 "When you don't have continuity in your team, Spain give you life" - Isco

Brazil: A weight is lifted off - Gabriel Jesus goal wins game in Berlin

"I don't want to be another Neymar" - Vinicius 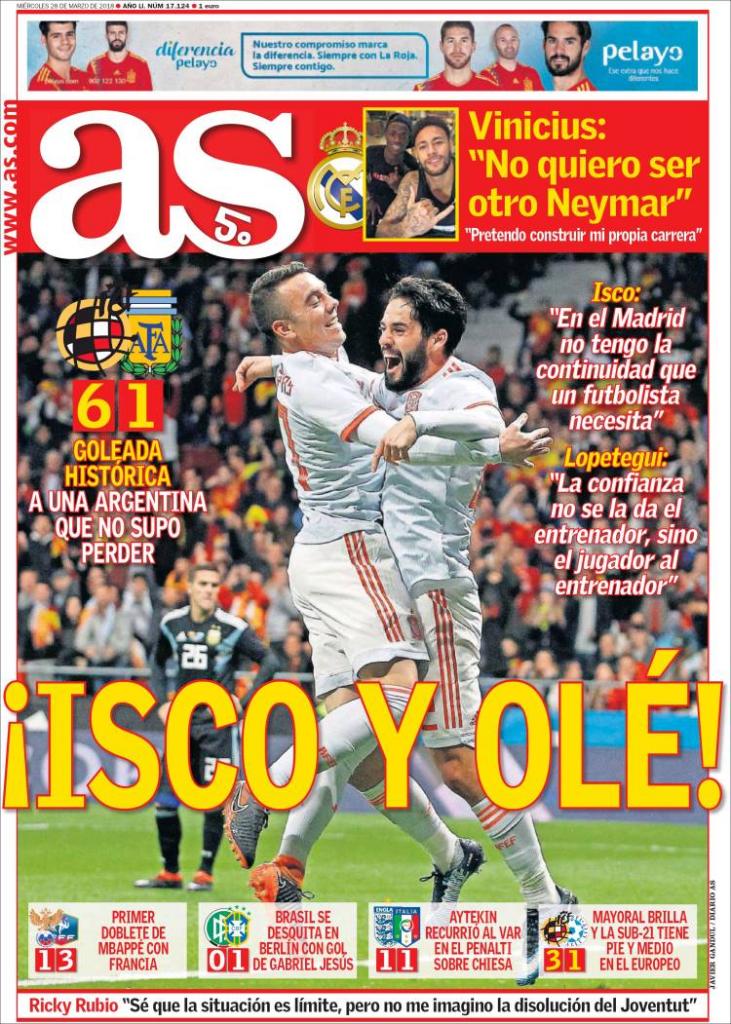 Historic match against an Argentina who didn't know how to lose

Isco: In Madrid, they don't give me the run of games that a footballer needs

Lopetegui: Confidence is not given by the Coach, but the player to the Coach

Vinicius: I don't want to be another Neymar - "I intend to build my own career" 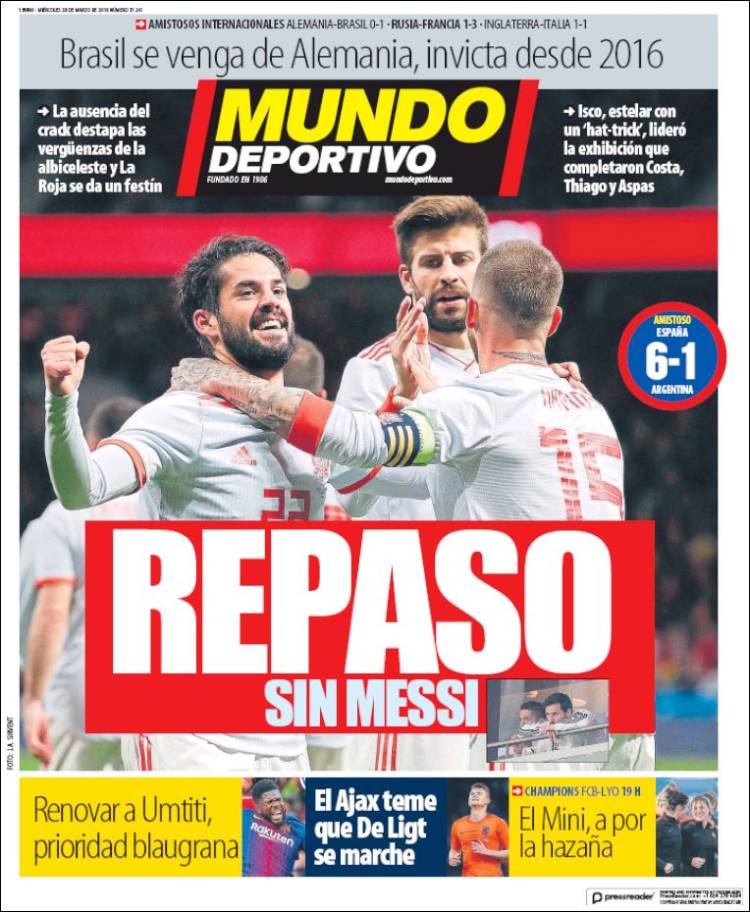 The absence of the Barca star leads to a Spain party, Isco stars with a hat-trick, goals from Thiago, Aspas and Diego Costa