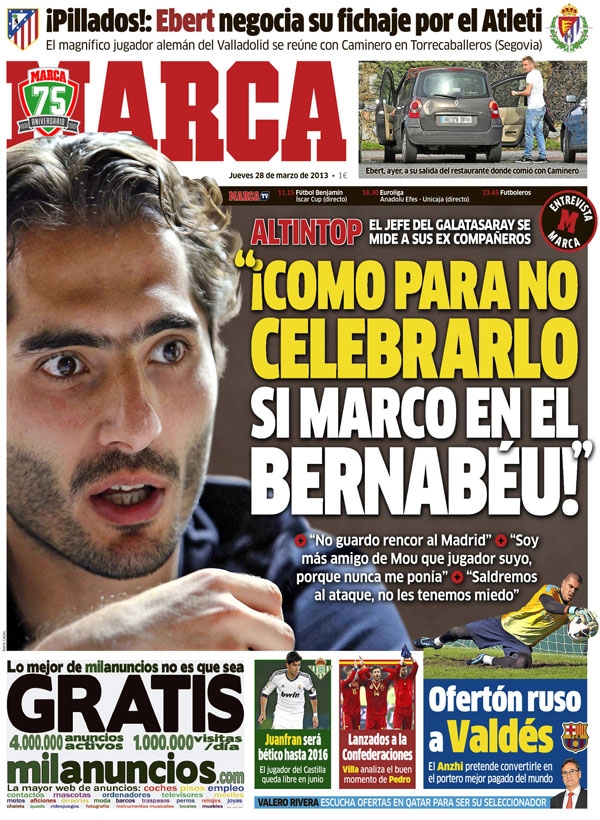 "I will not celebrate if I score at the Bernabeu," Altintop

The coach of Galatasaray measures up against his former colleagues

"I will not be going out for revenge"

"We will go out to attack, we are not afraid"

The magnificent German player had a meeting with Caminero in Torrecaballeros

JuanFran will be a Betico until 2016

The player from the Castilla leaves this June

Going for the Confederations

Offer from Russia for Valdes 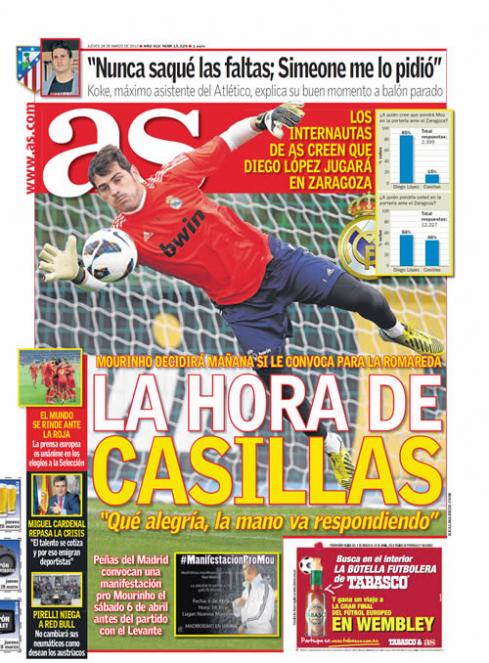 "I am so happy, my hand is responding"

Internet readers believe that Diego Lopez will play in Zaragoza

"Never do I commit fouls, only when Simeone asks me to," Koke

Koke, with the most assists for Atletico, explains

The world gives up before La Roja

The European press in awe of La Seleccion 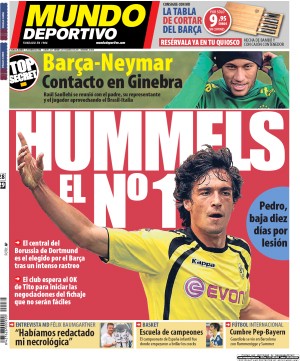 Hummels is number one

Pedro out for ten days with an injury

Raul Sanllehi meets with his father, the representative of Neymar

After their win in Paris

The team of Del Bosque collecting the accolades

Felix Baumgartner, "We have had a necrolgic report"

Football: A meeting of the top brass in Barcelona with Guardiola, Rummenigge and Sammer

Basketball: A school of champions