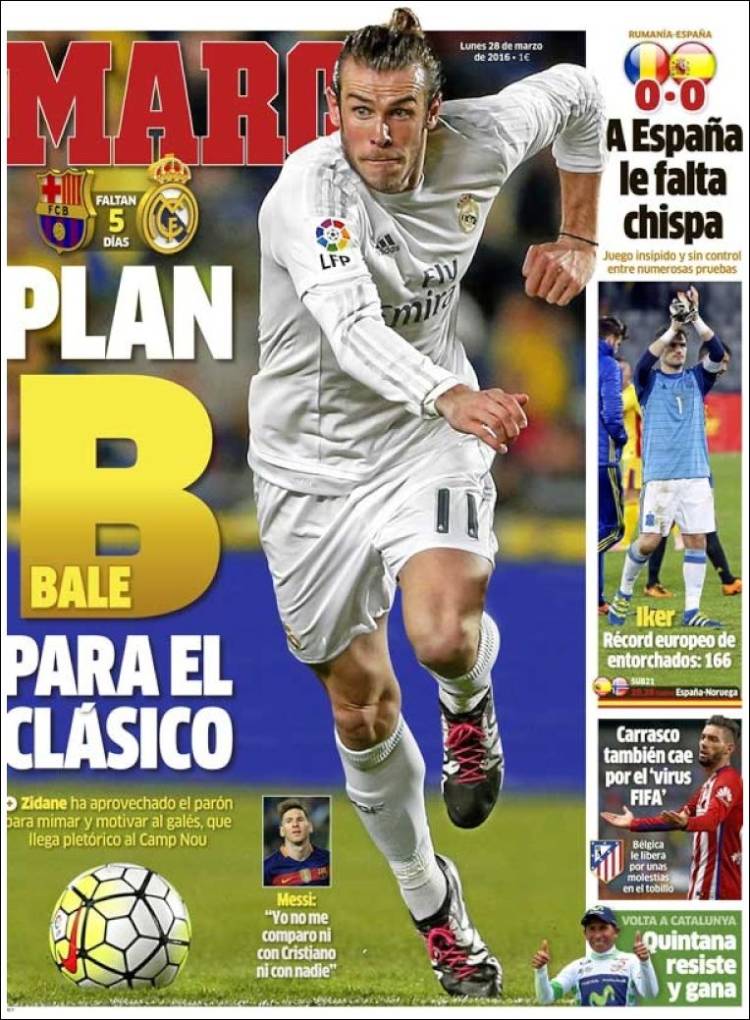 Bale for the Clasico

Zidane has taken advantage of the break to pamper and motivate the Welshman, who arrives at Camp Nou with enthusiasm

Messi: “I don’t compare myself nor Christian or anyone”

An insipid performance without control

Belgium release him due to a sore ankle 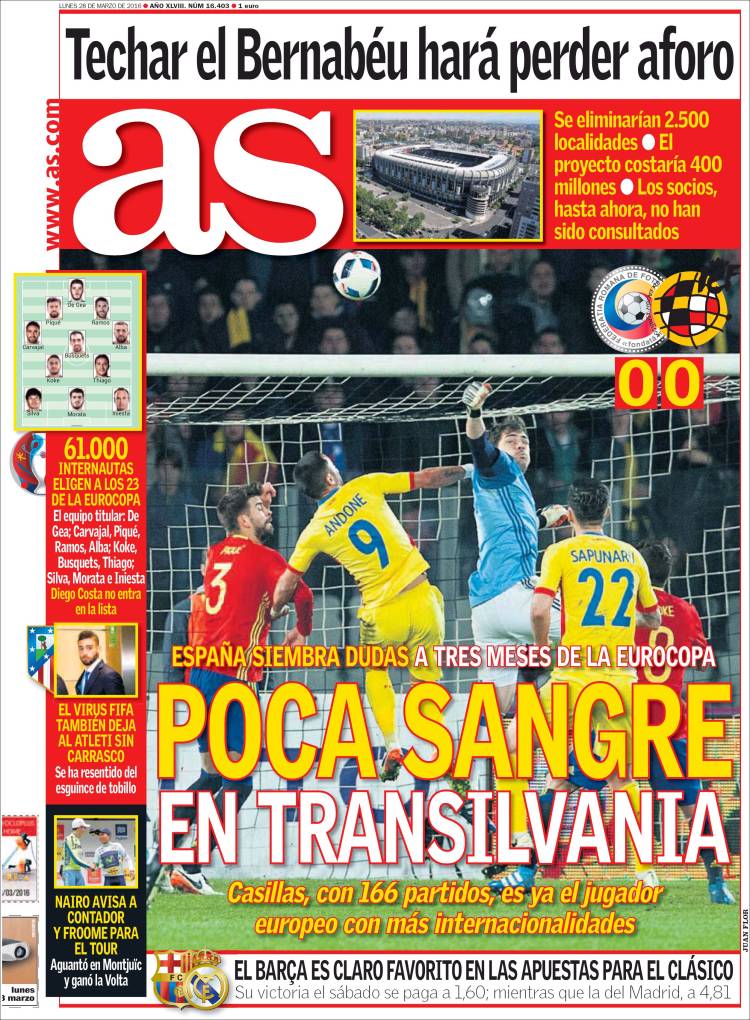 Thatching the Bernabeu would see it lose capacity

2,500 seats would be eliminated

The project would cost €400m

Socios, until now, have not been consulted

Diego Costa does not enter their squad

He picked up an ankle sprain 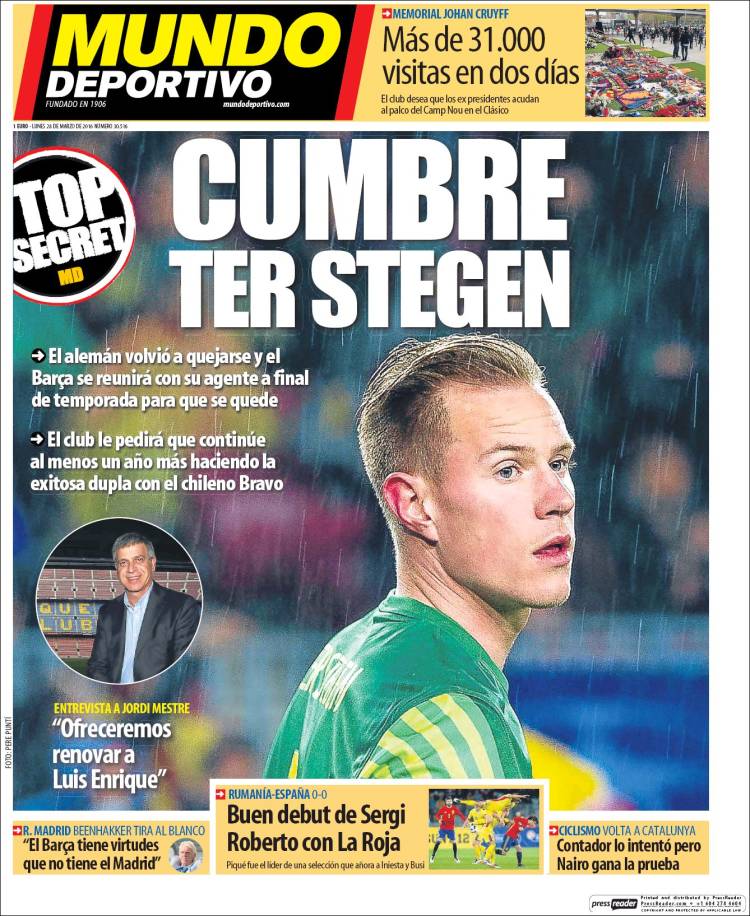 The German complains again, so Barca will meet with his agent at the end of season to convince him to stay

“We will offer Luis Enrique a renewal”

“Barca have qualities which Madrid don’t have”