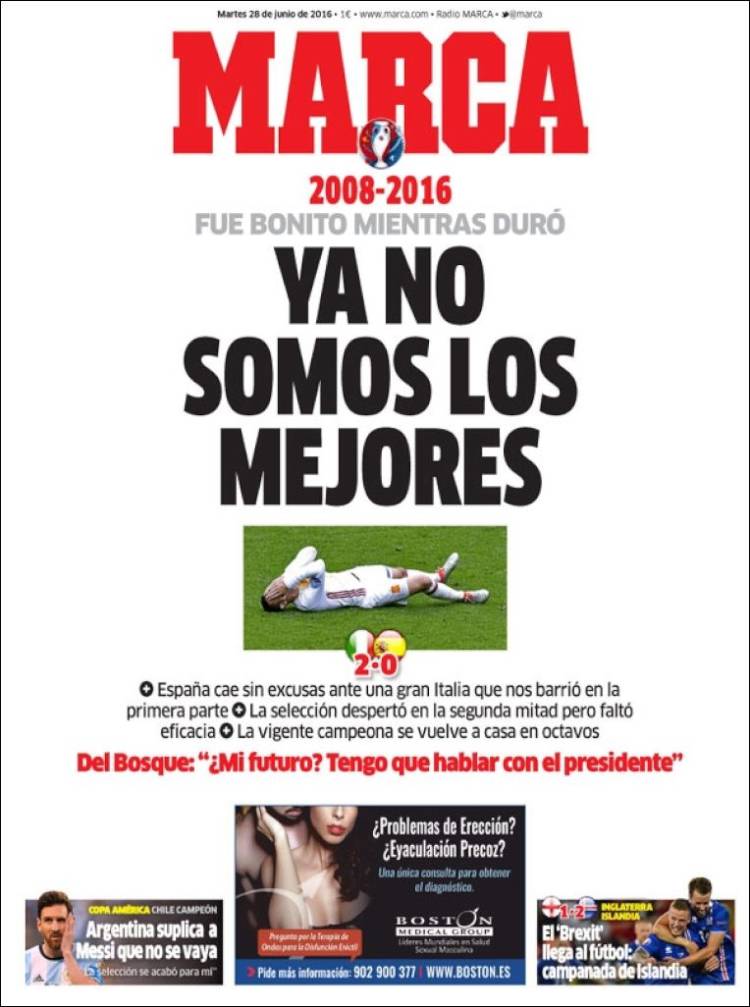 It was nice while it lasted

We’re not the best anymore

The current champions are going home in the Round of 16

Del Bosque: “My future? I have to talk to the President”

Argentina pleads with Messi not to go

“The national team is over for me”

The ‘Brexit’ comes to football: Sensation of Iceland 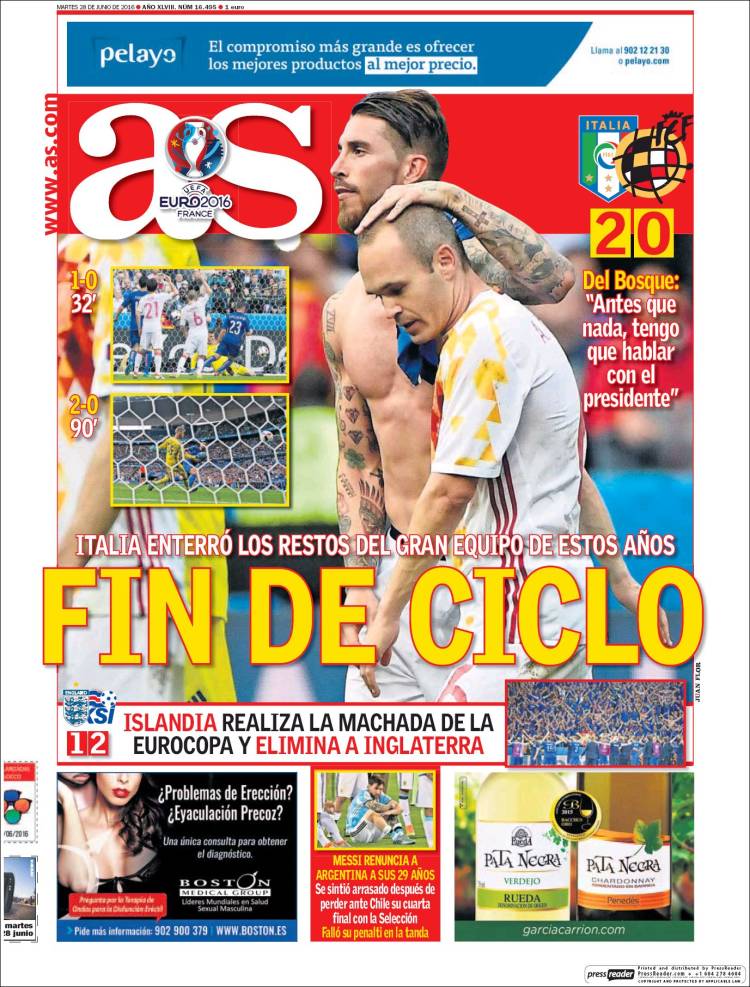 Del Bosque: “First of all, I have to talk to the President”

Italy bury the remains of the great team of these years

End of the cycle

Messi retires from Argentina at 29

Missed a penalty in the shootout 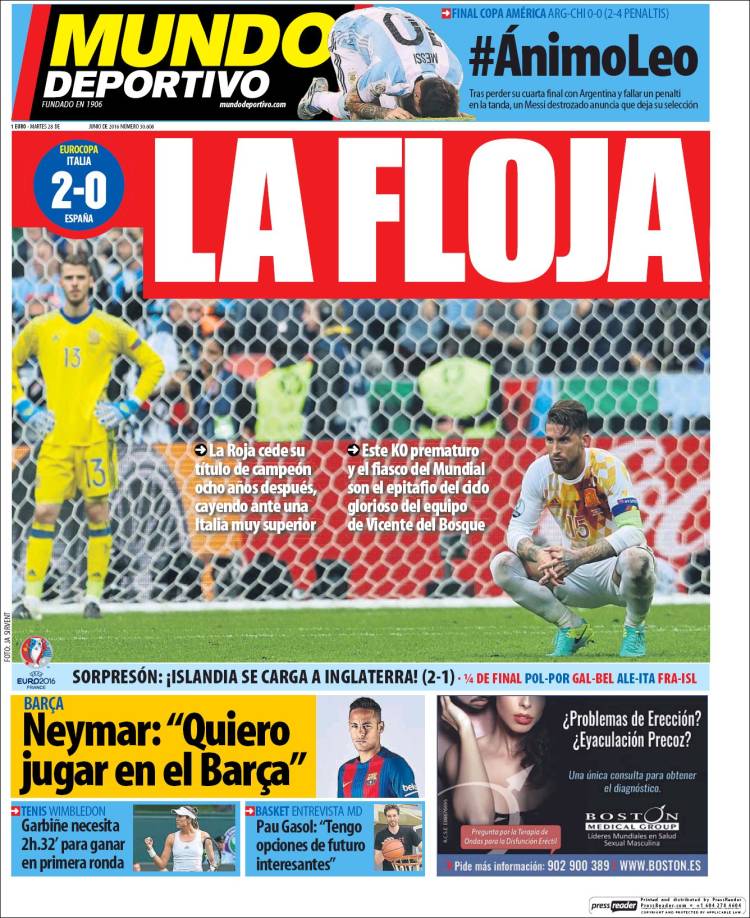 After defeat in his fourth final with Argentina and missing a penalty in the shootout, a destroyed Messi announced he was quitting the national team

La Roja give up their title of champions in the Round of 16, going down against a much superior Italy

Neymar: “I want to play for Barca”