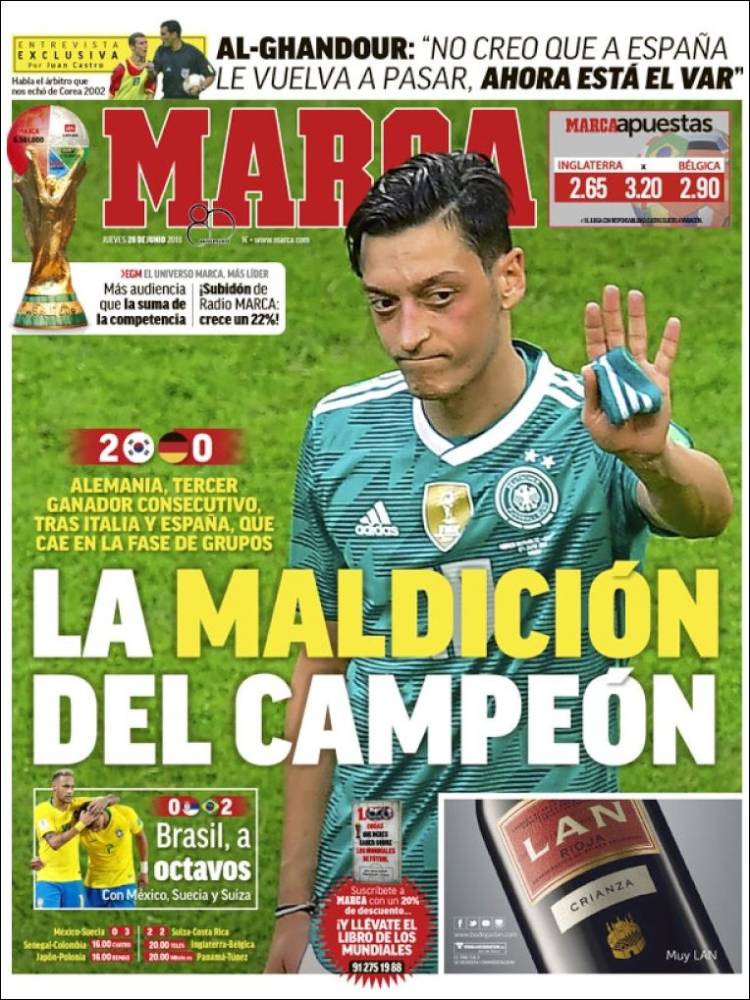 The curse of the champion

Germany third consecutive winner, after Italy and Spain, to leave at group stage

Brazil, through to the last 16 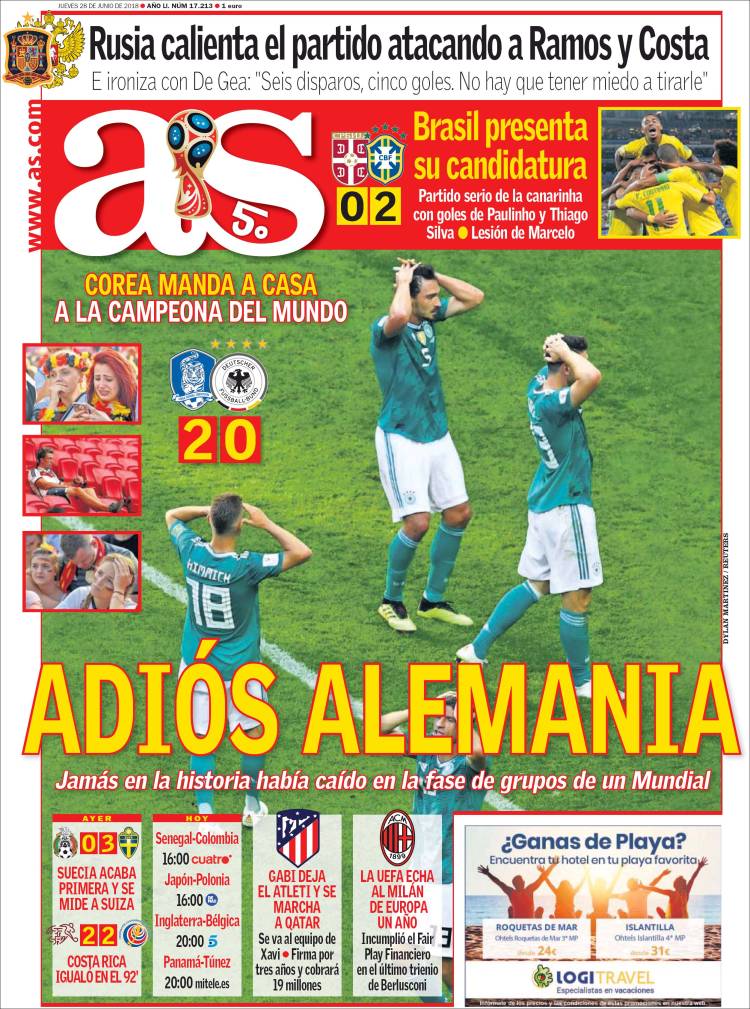 Russia to attack Ramos and Costa

Gabi to leave Atleti for Qatar

UEFA to ban Milan for a year 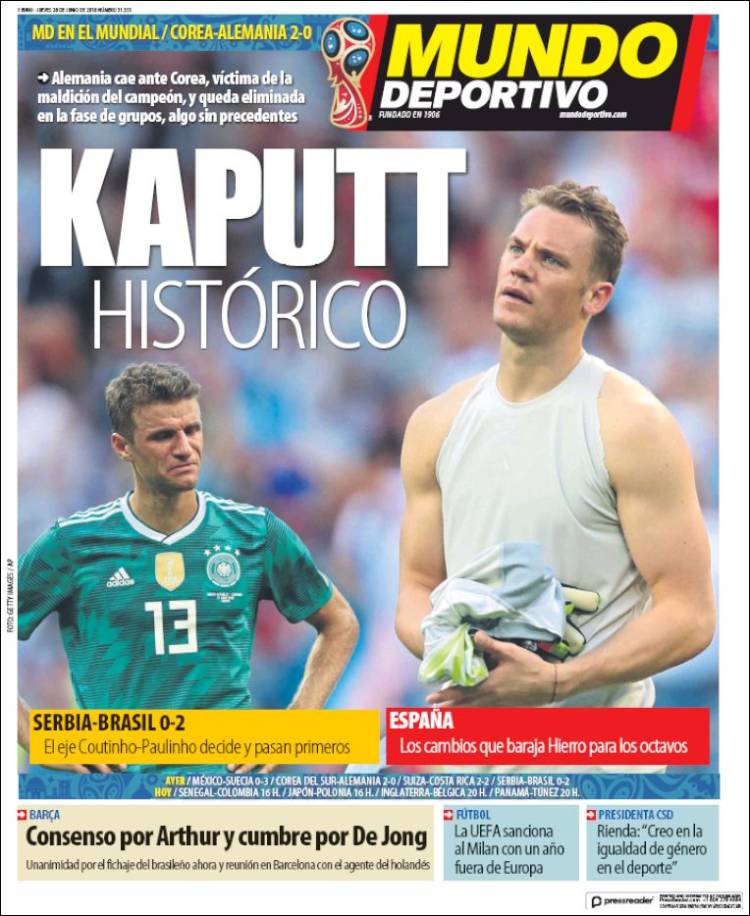 Germany defeat to South Korea, fall victim to the curse of the champion and are eliminated at the group stages

Spain - changes from Hierro for the knockouts