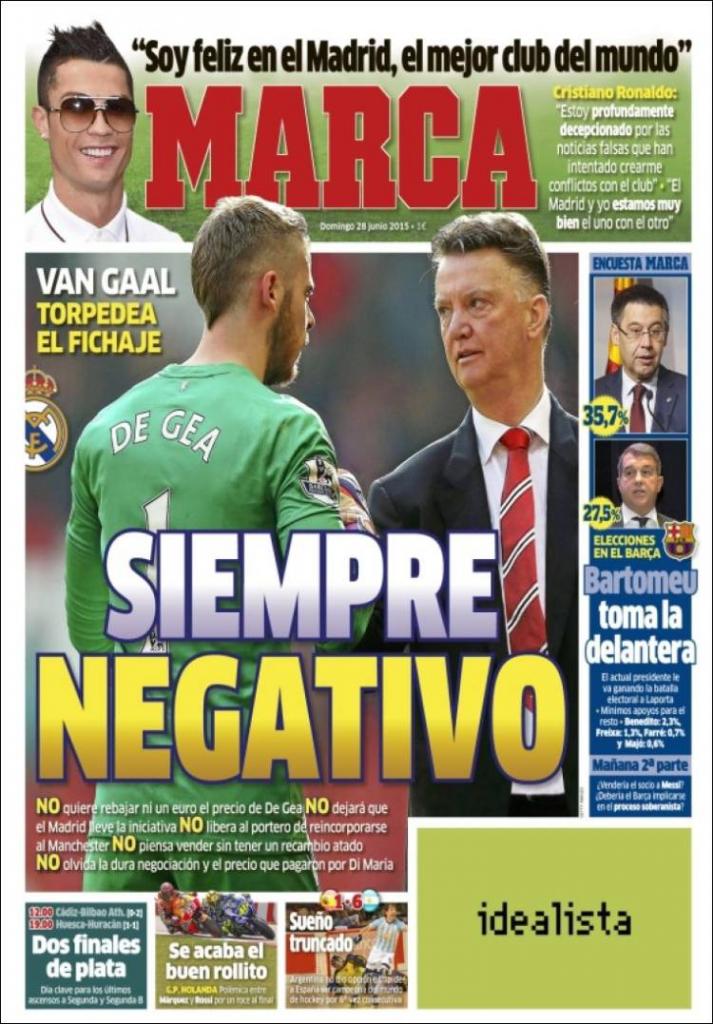 He won’t free the goalkeeper from returning to Manchester United

“I’m happy at Madrid, the best club in the world”

Cristiano Ronaldo: “I’m deeply disappointed with the false news that has tried to create conflicts between the club and I”

“Madrid and I are very happy with each other”

The current President leads Laporta in the election battle 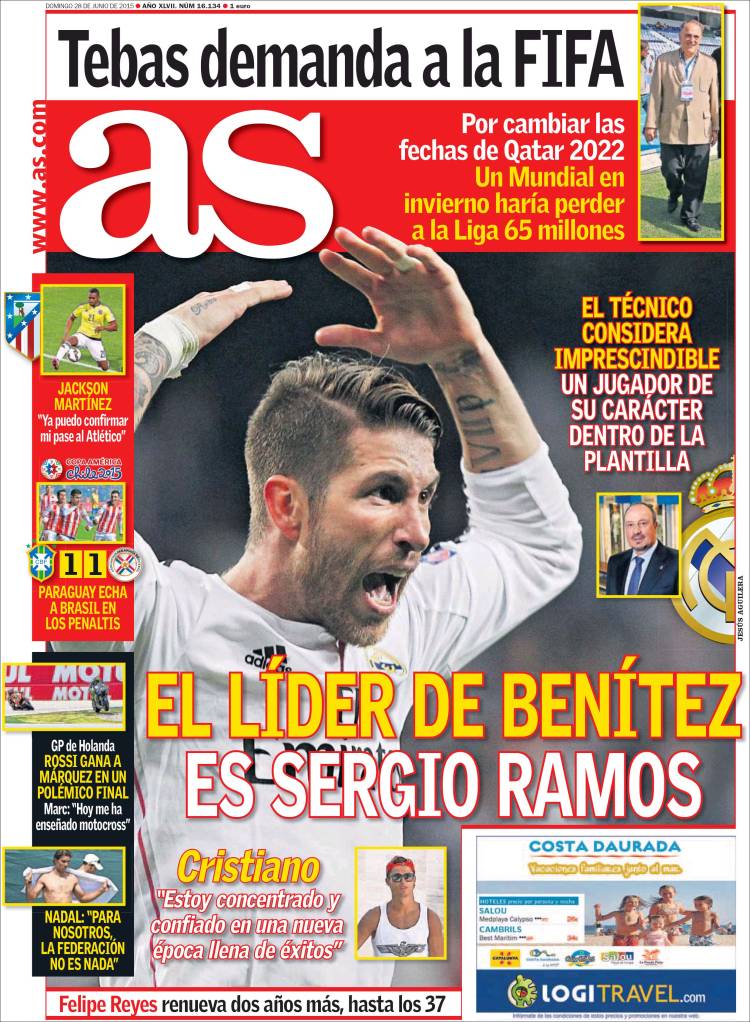 Cristiano Ronaldo: “I’m focused and confident about a new era full of successes”

Tebas demands FIFA to change the dates of Qatar 2022

A World Cup in the winter would lose La Liga 65m

Jackson Martinez: “I can confirm my move to Atletico” 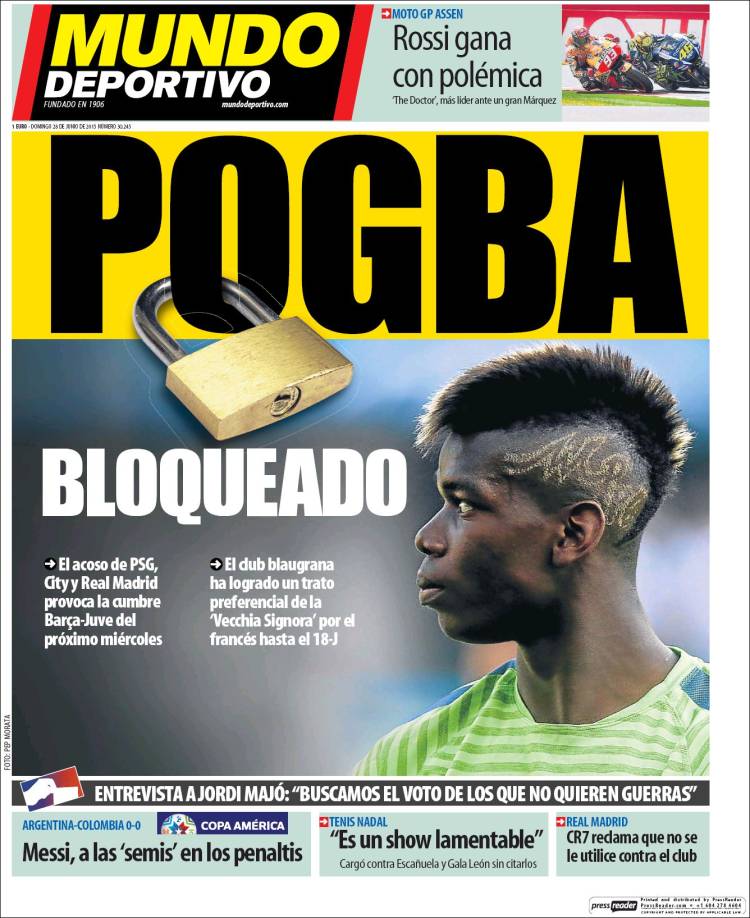 Attempts from PSG, Man City and Real Madrid to hijack the move provokes a summit between Barca and Juve next Wednesday

Interview with Jordi Majo: “We seek the votes of those who don’t want wars”

Argentina-Colombia - Messi to the semis on penalties