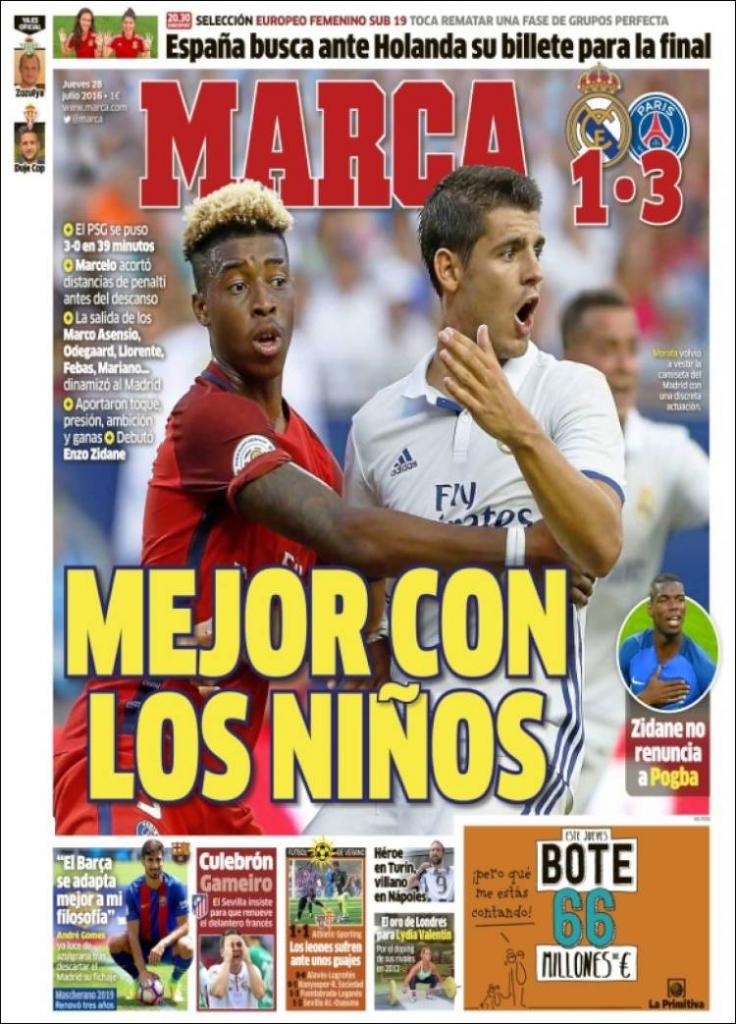 To finish the group stage perfectly

Spain looks against Holland to book their ticket for the final

Marcelo pulled one back from the penalty spot before the break

Better with the kids

Zidane doesn’t give up on Pogba

Hero in Turin, villain in Naples 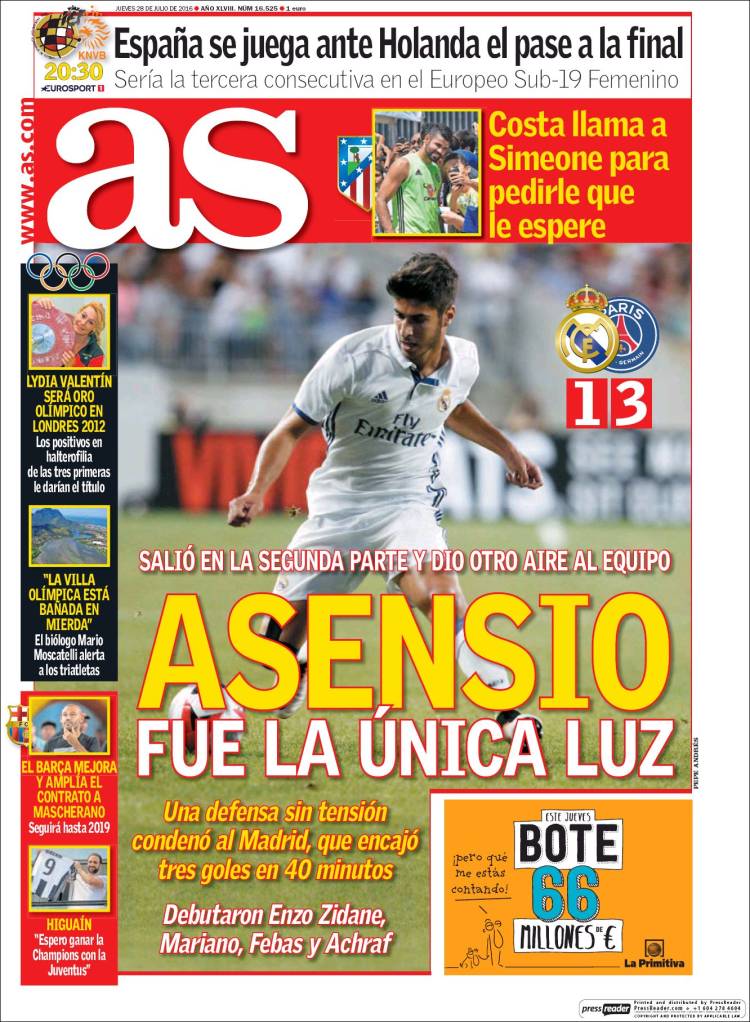 Spain play against Holland for a place in the final

Costa calls Simeone to ask him to wait

A defence without tension condemned Madrid, who conceded three goals in 40 minutes

“I hope to win the Champions League with Juventus” 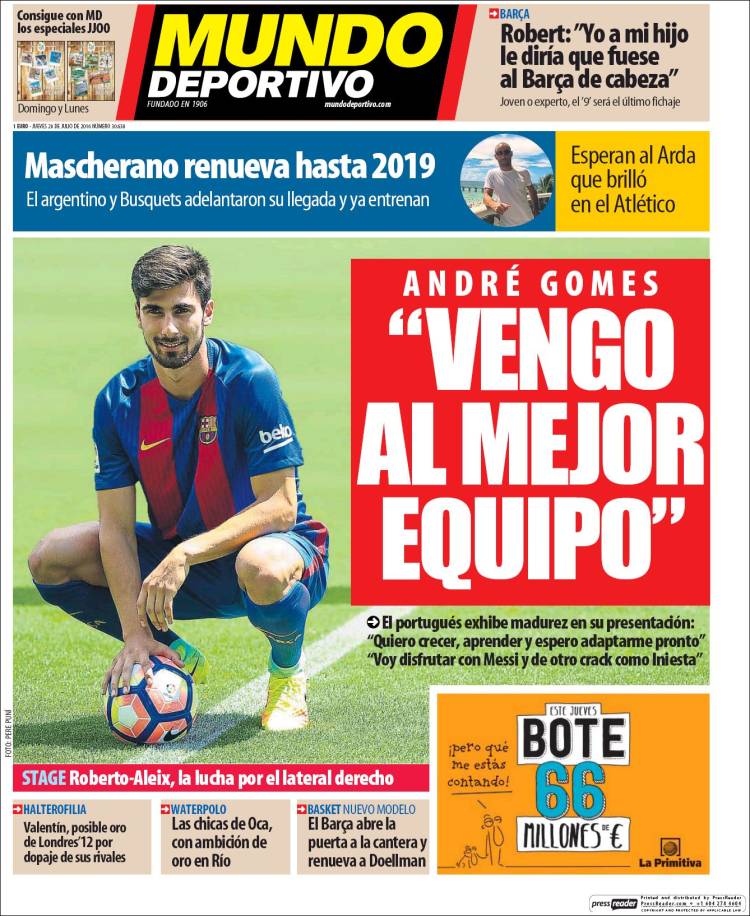 Robert: “I’d tell my son to go to Barca”

Young or experienced, the No 9 will be the last signing

The Argentine and Busquets advanced their arrival and are already training

Hope for the Arda who shone at Atletico

“I’ve come to the best team”

The Portuguese exhibits maturity in his presentation: “I want to grow, learn and hopefully adapt quickly”

“I will enjoy it with Messi and another crack, Iniesta”

Robert-Aleix, the fight for the right-back