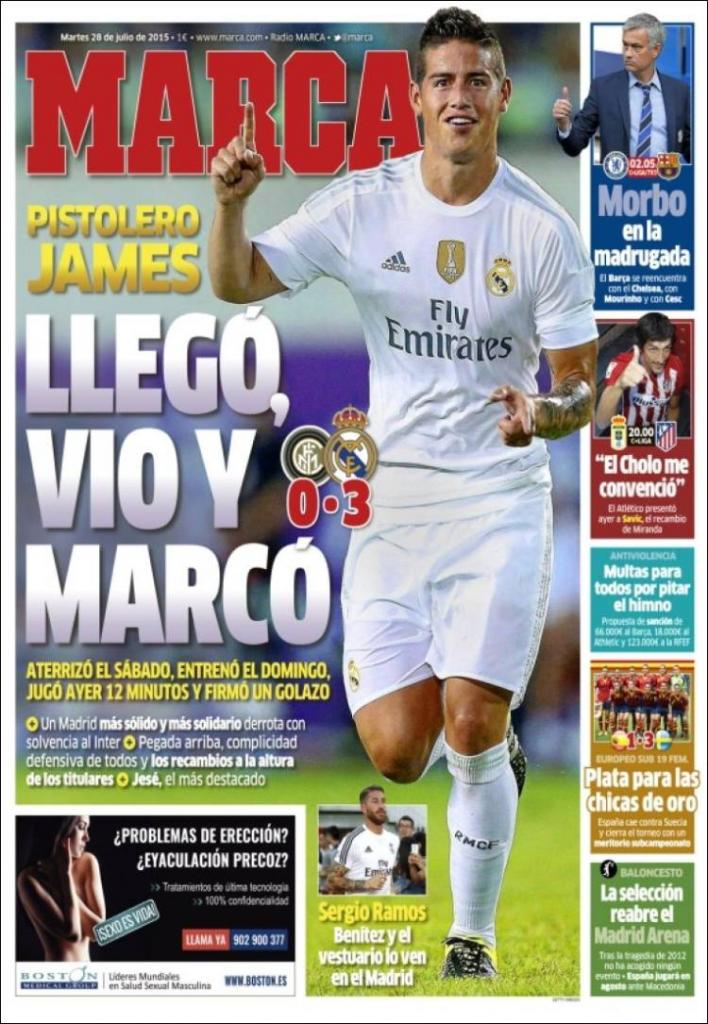 Landed on Saturday, trained on Sunday, played 12 minutes yesterday and scored a ‘golazo’

Jese, the most outstanding

Benitez and the locker room sees him in Madrid

Barca rediscover Chelsea, with Mourinho, and with Cesc

Fines for everyone who whistled the national anthem

Silver for the golden girls 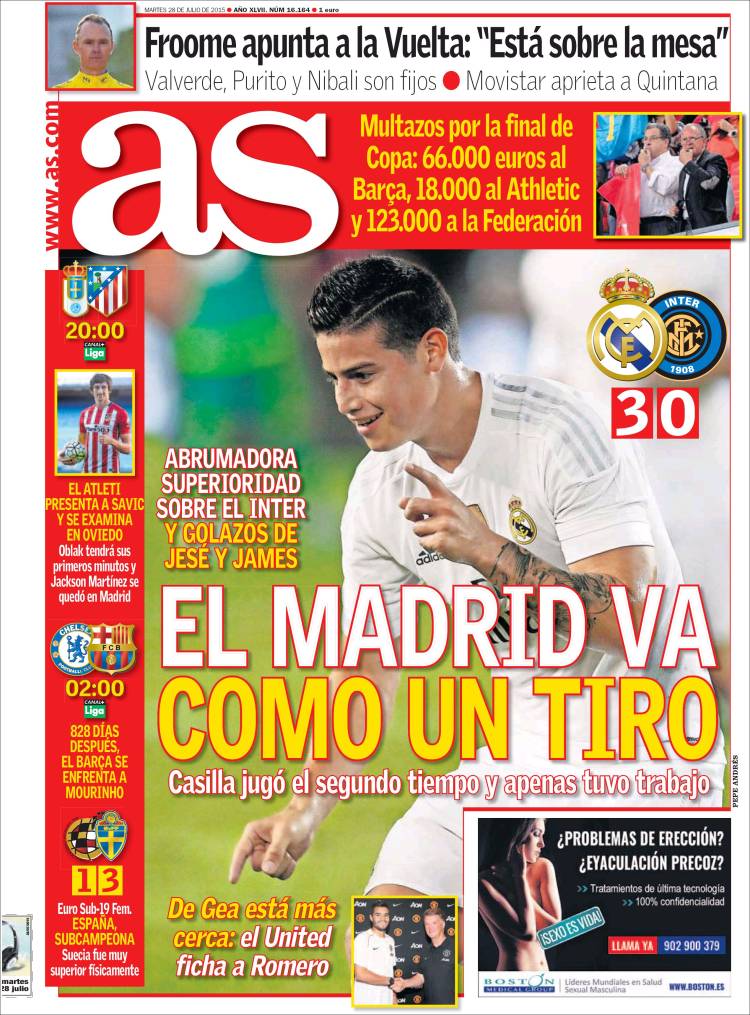 Casilla plays the second half and scarcely had to work

Overwhelming superiority over Inter and ‘golazos’ from Jese and James

Atleti present Savic and are examined in Oviedo 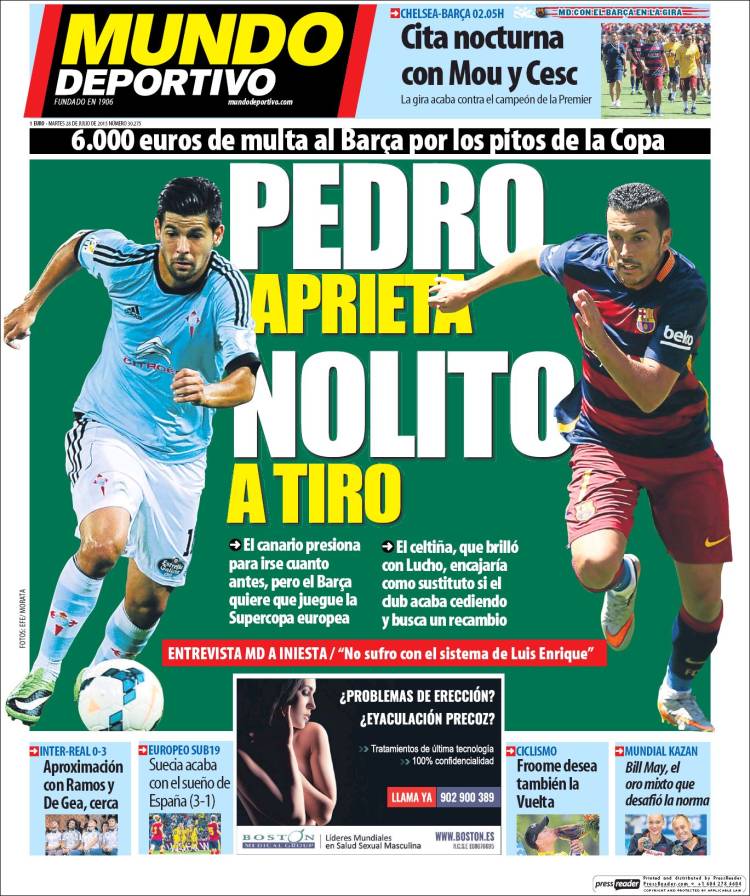 The Canary Islander presses to leave as soon as possible, but Barca want him to play in the European Super Cup

The Celta player, who shone under Lucho, would fit in as a replacement if the club gives in and looks for one

Interview with Iniesta: ‘I don’t suffer under Luis Enrique’s system’

Date night with Mou and Cesc

The tour ends against the Premier League champions

€6,000 fine for Barca after whistles in the Cup