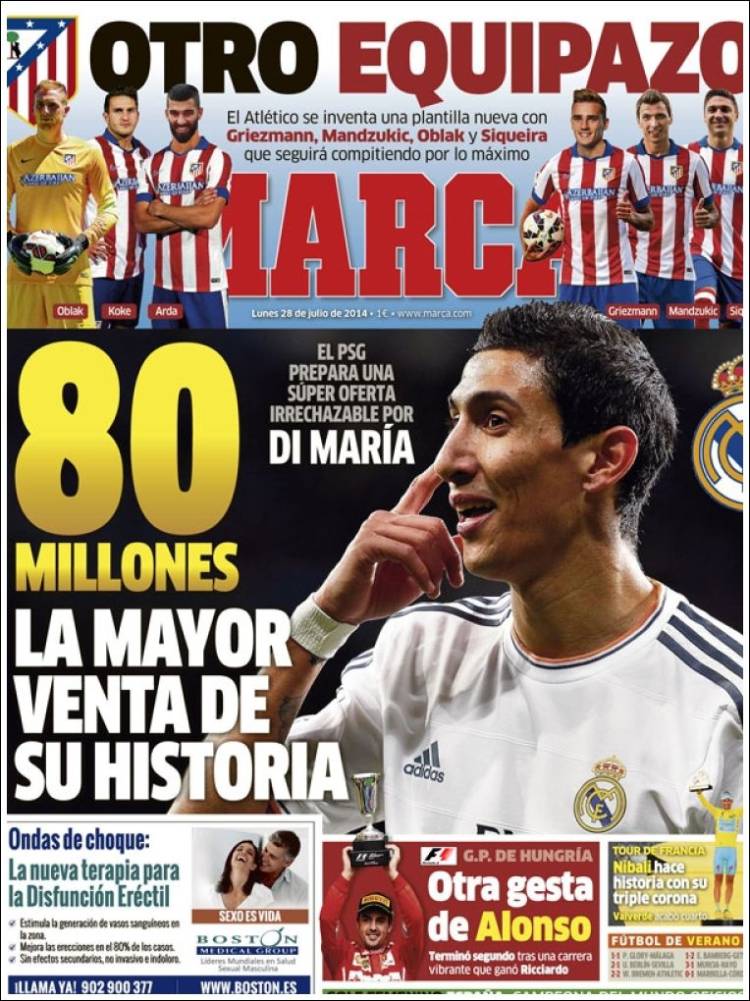 The biggest sale in their history

Atletico create a new squad with Griezmann, Mandzukic, Oblak and Siqueira that will continue competing at their maximum 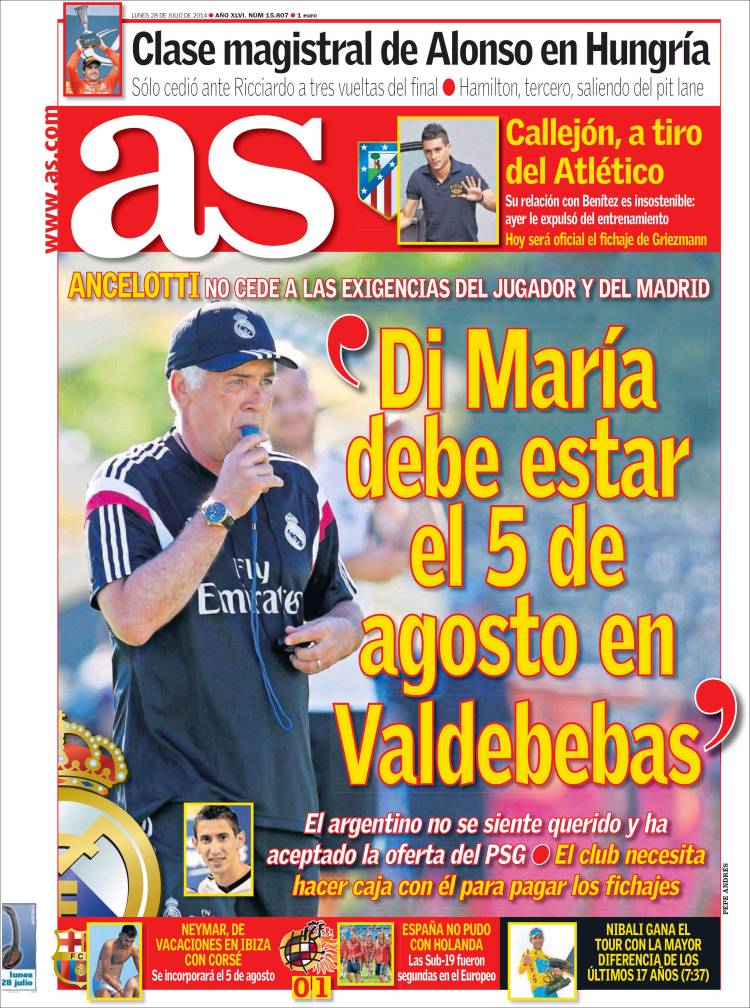 'Di Maria must be at Valdebebas on the 5th August'

Callejon within reach of Atletico

His relationship with Benitez is untenable: yesterday he was expelled from training

Today the signing of Griezmann will be made official

Neymar on holiday in Ibiza with a corset on

He will report back on the 5th August

The Under-19s were second in Europe 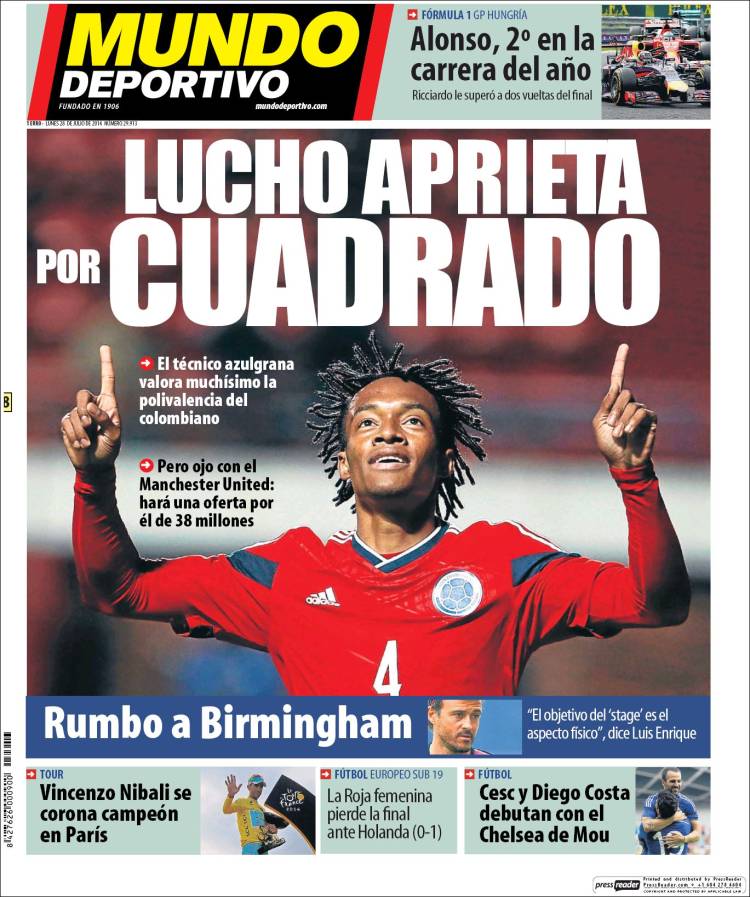 The Azulgrana Coach rates the versatility of the Colombian highly

On route to Birmingham