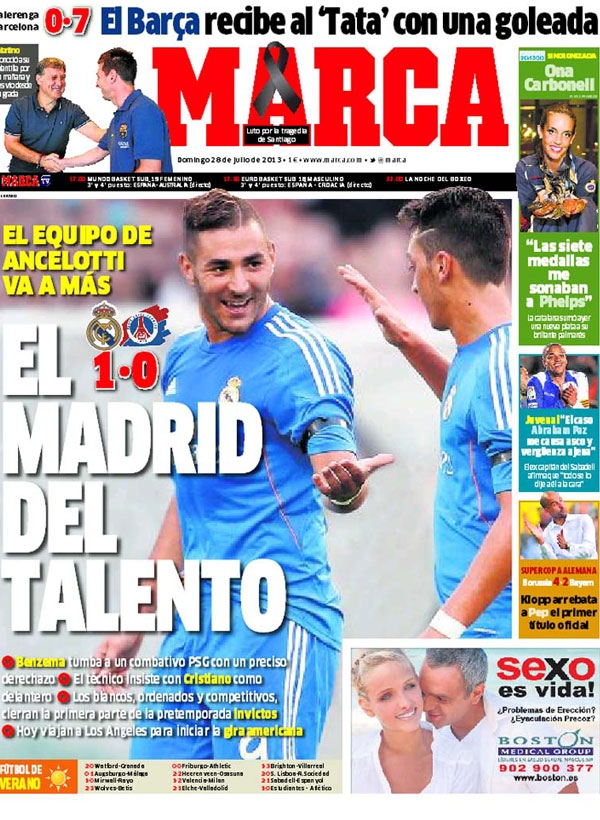 Talented Madrid
Ancelotti's team get better
Benzema puts to rest a competitive PSG with a precise right-footed strike
The coach insists that Ronaldo play as a forward
Los Blancos, competitive and organised, close out the first part of preseason as victors
Today they travel to Los Angeles to start their American tour
Barca's goal-feast in front of Tata
Ona Carbonell: "With seven medals I know how Phelps must have felt"
German Supercup, Borussia 4-2 Bayern Munich

Klopp takes the first official title of the season 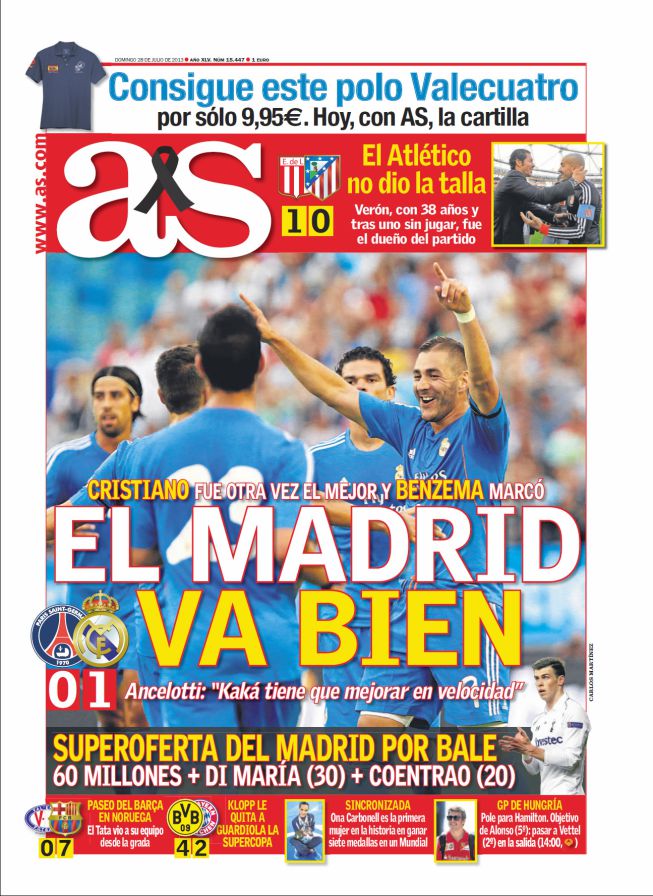 Madrid go well
Cristiano was again his best and Benzema scores
Ancelotti: "Kaka has to improve his speed"
Atletico dont size up
Veron, with 38 years and after not playing for a while, bosses the game
Super offer for Bale from Madrid
€60 millions plus Di Maria (€30 million) and Coentrao (€20 million)
A walk in the park of Barca in Norway
Tata watches his team from the stands
Klopp beats Pep to the Supercopa title
Sychronizing swimming: Ona Carbonell is the first woman in history to win seven medals at the world swimming championships

Hungary GP: Pole for Hamilton, Objective for Alonso who lines up fifth, pass Vettel at the start 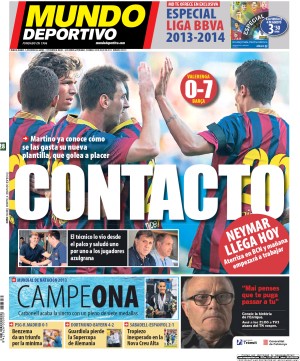 Contact
Martino meets his new side who put on a goal-feast
The coach watched from the stands and met up with his players
Neymar arrives today
He lands at Barca and tomorrow will start training
PSG 0-1 Real Madrid: Benzema gives Madrid a slender win
World Swimming Championships, she is a champion
Carbonell finishes the synchronising swimming with seven medals