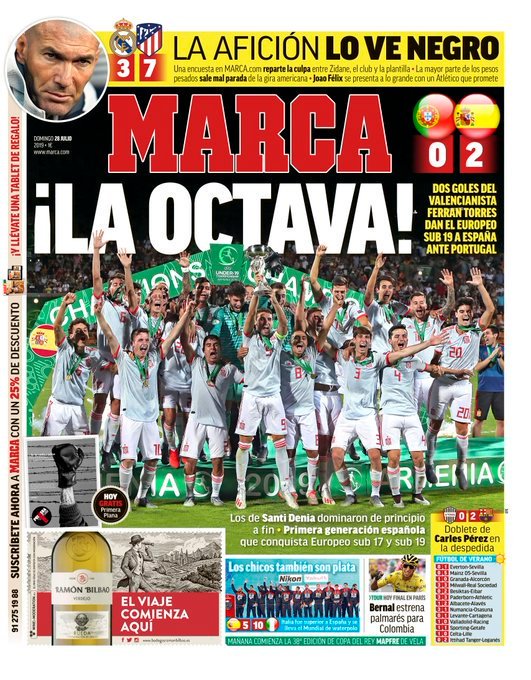 The fans see it black - Madrid embarrased against Atleti 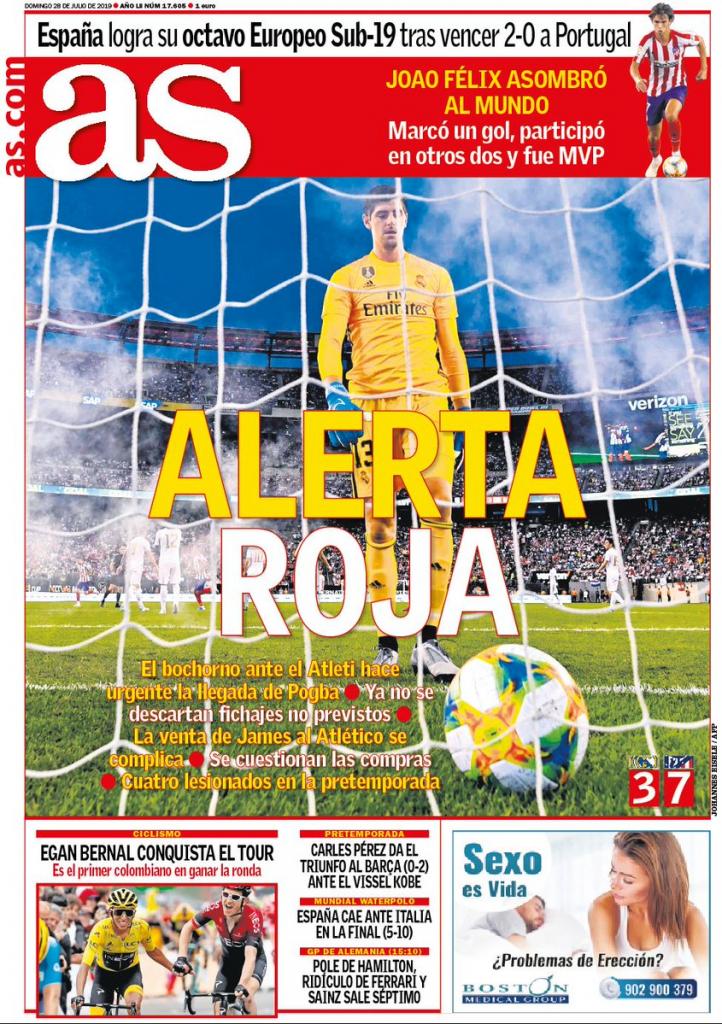 Embarrassment against Atleti makes the Pogba arrival urgent, unsigned transfers are now no longer ruled out, exit of James to Atleti is complicated, they question the signings, four injuries in pre-season 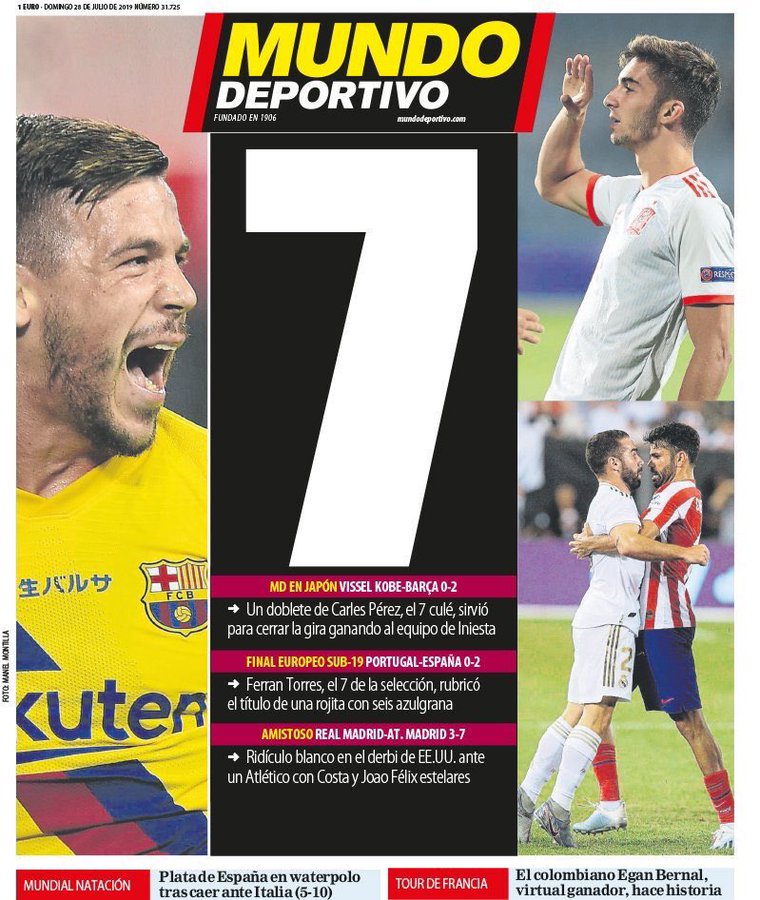 Ferran Torres, the 7 of Spain, wins European Under 19 final against Portugal

Ridiculous Madrid derby in the US, Diego Costa and Joao Felix the stars