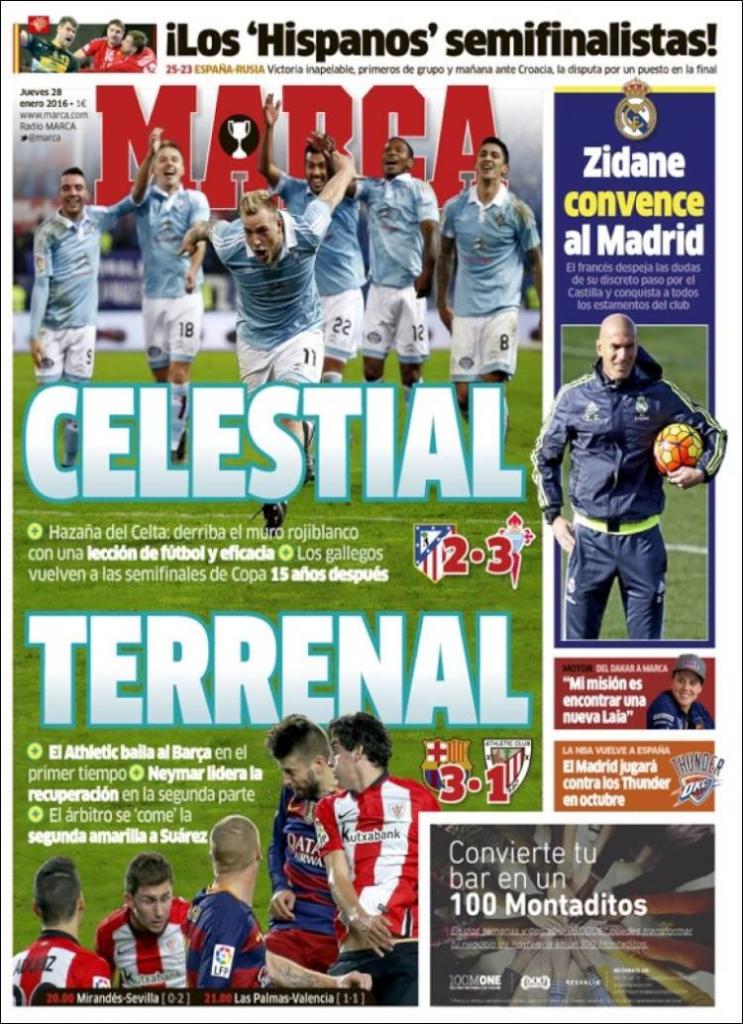 Celta’s feat: Knock down the Rojiblanco wall with a lesson in football and efficiency

Athletic dance to Barca in the first half

Neymar leads the recovery in the second half

The referee ‘eats’ the second yellow for Suarez 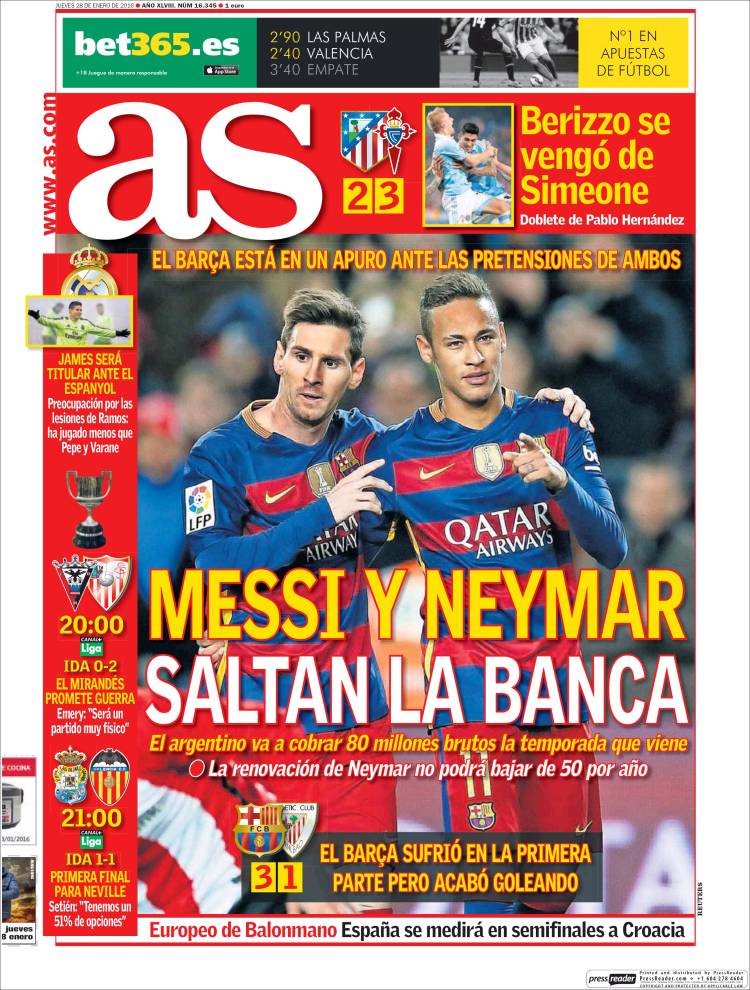 Barca are in a rush for the claims of the pair

The Argentine will collect €80m gross for the next season

Barca suffered in the first half but ended up scoring

James will start against Espanyol

Concern for Ramos’ injuries: he has played less than Pepe and Varane

Emery: “It will be a very physical game” 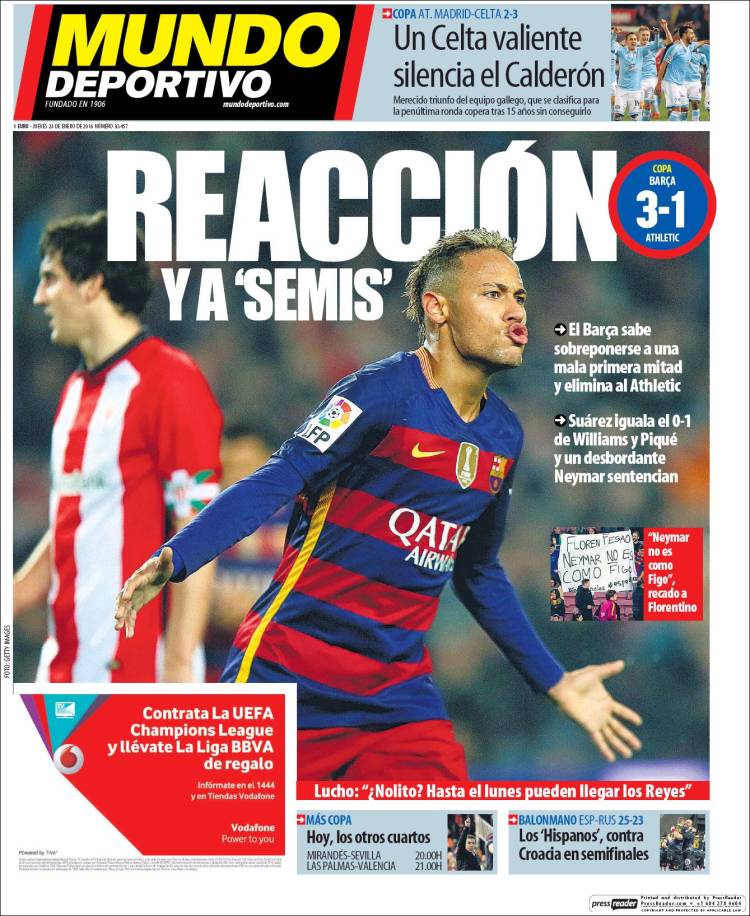 Deserved triumph for the Galician team, who qualify for the penultimate round of the Cup after 15 years without success

Reaction and to the ‘semis’

Barca get over a bad first half and eliminate Athletic

Lucho: “Nolito? The Three Kings have until Monday”