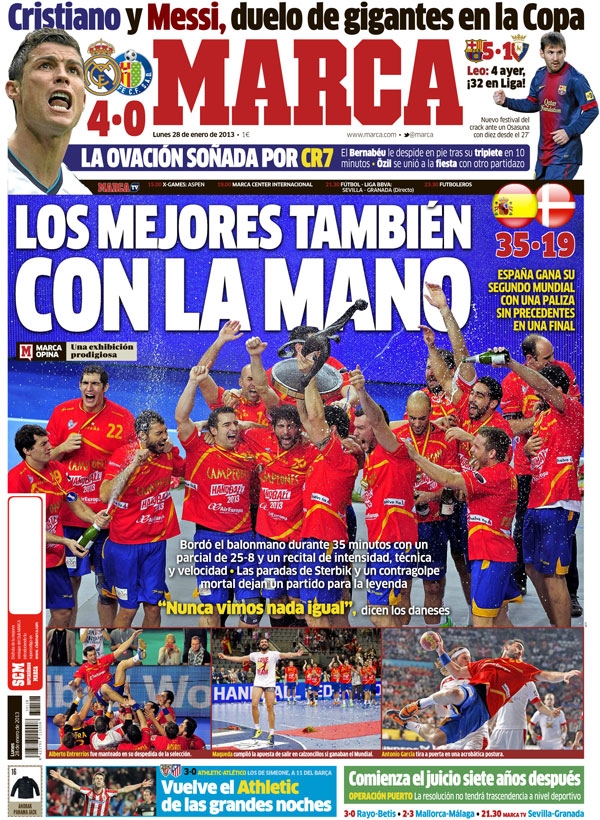 Also the best with the hand

Spain 35-19 Denmark, win their second world cup with a beating unseen in a final

They embroidered the handball for 35 minutes, at one stage leading 25-8 with a display of intensity, technique and velocity

“We never have seen anything like it”, the Danes said

Cristiano and Messi, duel of the giants in the Copa

Ovation song for CR7: The Bernabeu rise to their feet after his three goals in ten minutes; Ozil with another great game

Barcelona 5-1 Osasuna, Leo 4 yesterday and 32 in La Liga: The new festival of the ‘crack’ before Osasuna with ten from 27

The trial commences seven years after: Operation Port, The resolution will not have any significance on a sporting level 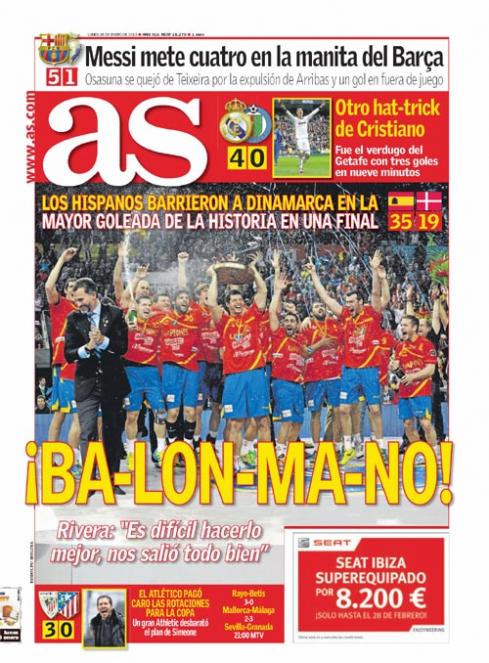 Handball, the Hispanos sweep aside Denmark in the final with a record thrashing

Rivera: “It is difficult to do any better, it all ended well for us”

Real Madrid 4-0 Getafe: Another hat-trick for Cristiano, he was the tormenter of Getafe with three goals in nine minutes 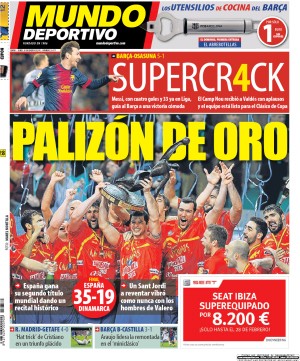 Barcelona 5-1 Osasuna, SuperCr4ck: Messi, with for goals and 33 in La Liga, guides Barca to a comfortable victory

Real Madrid 4-1 Getafe: ‘Hat-trick’ for Cristiano in an easy win

Barca B 3-1 Castilla: Araujo leads a comeback in the mini’ Clasico