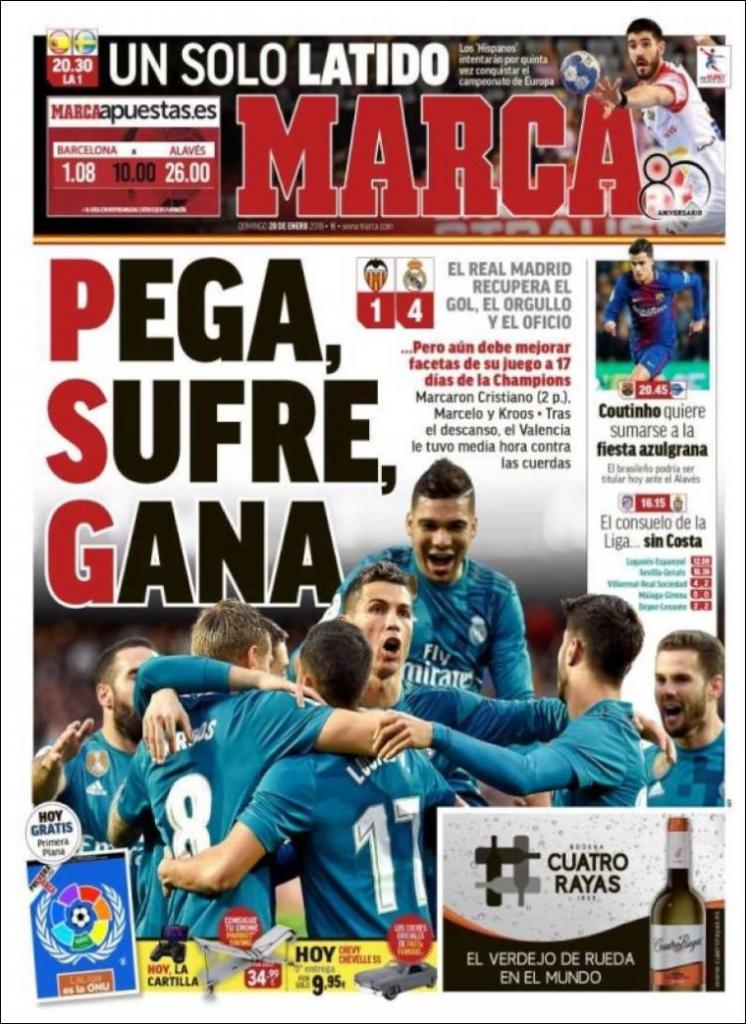 The comforts of La Liga... without Costa 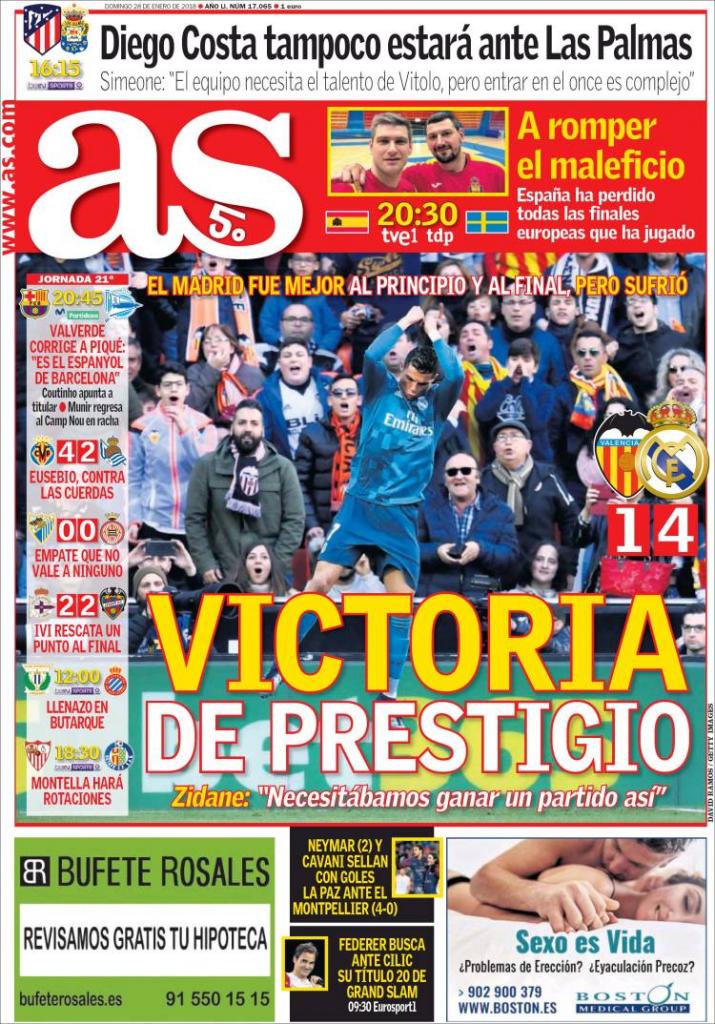 Diego Costa will not play against Las Palmas either

Madrid were better at the start and suffered at the end

Zidane: "We needed to win a game like this"

Eusebio, on the ropes 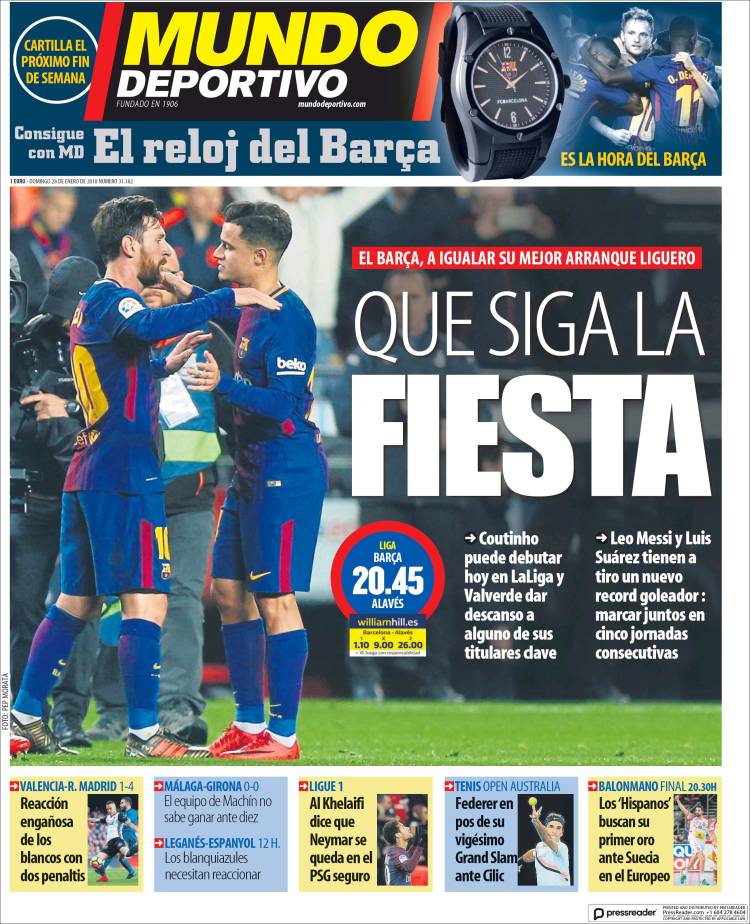 Barcelona look to equal their best run in the League

Leo Messi and Luis Suarez have a new record to work towards: scoring together in five straight games

Pablo Machin do not how to win against 10 men