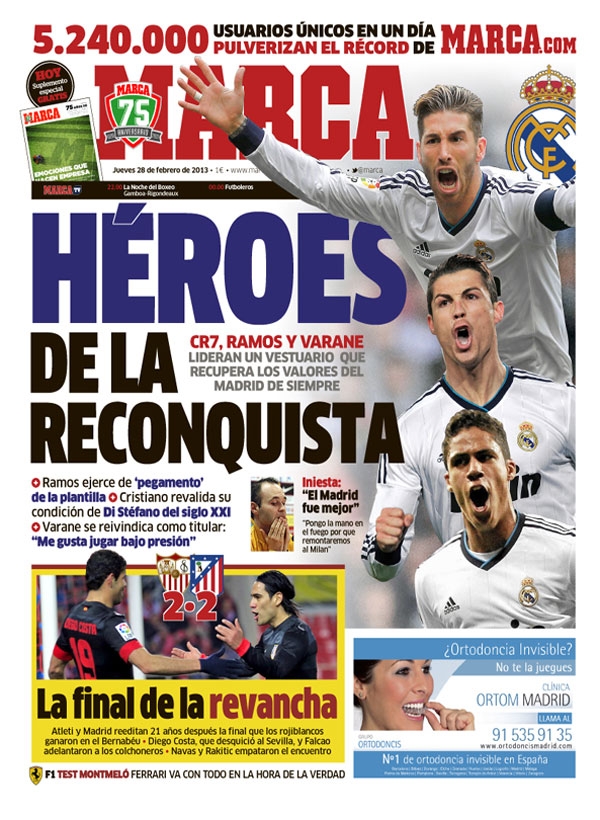 Heroes of the reconquest

They lead the team to recover the values of Madrid

Ramos acts as the glue that holds the team together

Cristiano confirms himself as the Di Stefano of the 21 century

Varane vindicates his inclusion in the team: "I like to play under pressure"

Iniesta: "Madrid were better", "I put my hand in the fire that we will come back against Milan"

The final of revenge

Diego Costa and Falcao lead the colchoneros in Sevilla

Navas and Rakitic draw the tie

Formula 1: Ferrari go with everything in the hour of truth 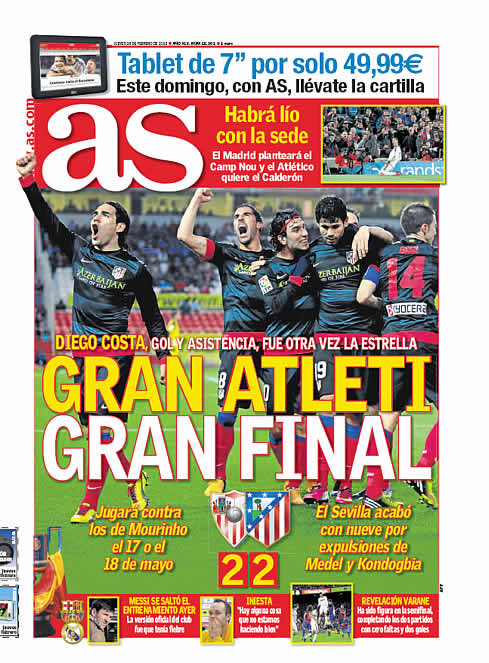 Diego Costa, with a goal and an assist, was again the star

Sevilla finish with nine men after expulsions to Medel and Kondogbia

Iniesta: "They is one thing we are not doing well"

Revelation of Varane: He has been a key figure in the semifinal, completing both games with minimum mistakes and two goals

There will be a confrontation

Madrid plan to play at the Camp Nou, Atletico want the Calderon 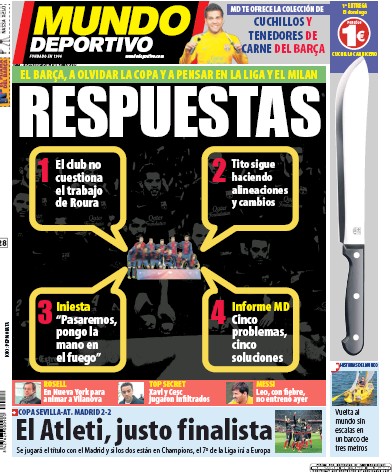 1. The club questions the work of Roura

3. Iniesta, "We will progress, I put my hand in the fire we will"

Barca, to forget the Copa and think of La Liga and Milan

Messi has a fever and did not train yesterday

Atleti in the final