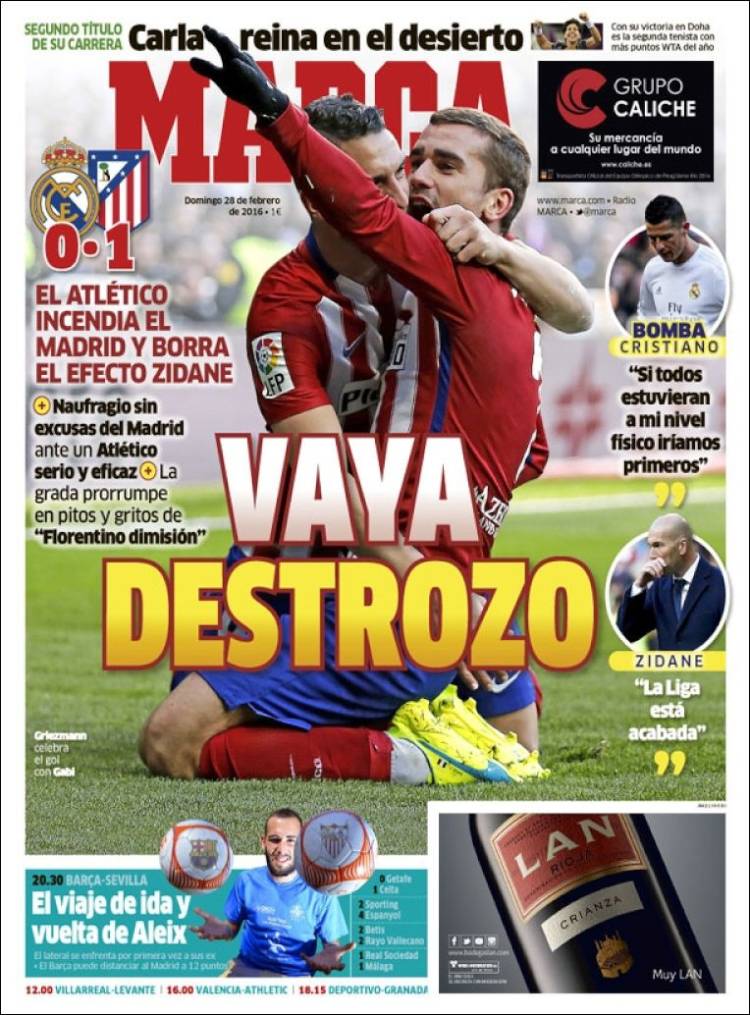 Shipwreck without excuses for Madrid against a serious and effective Atleti

The crowd utter boos and chants of “Florentino, resign”

“If everyone was on my physical level, we’d be first”

The return trip of Aleix

The full-back faces his ex for the first time

Barca can open up a 12-point lead on Madrid 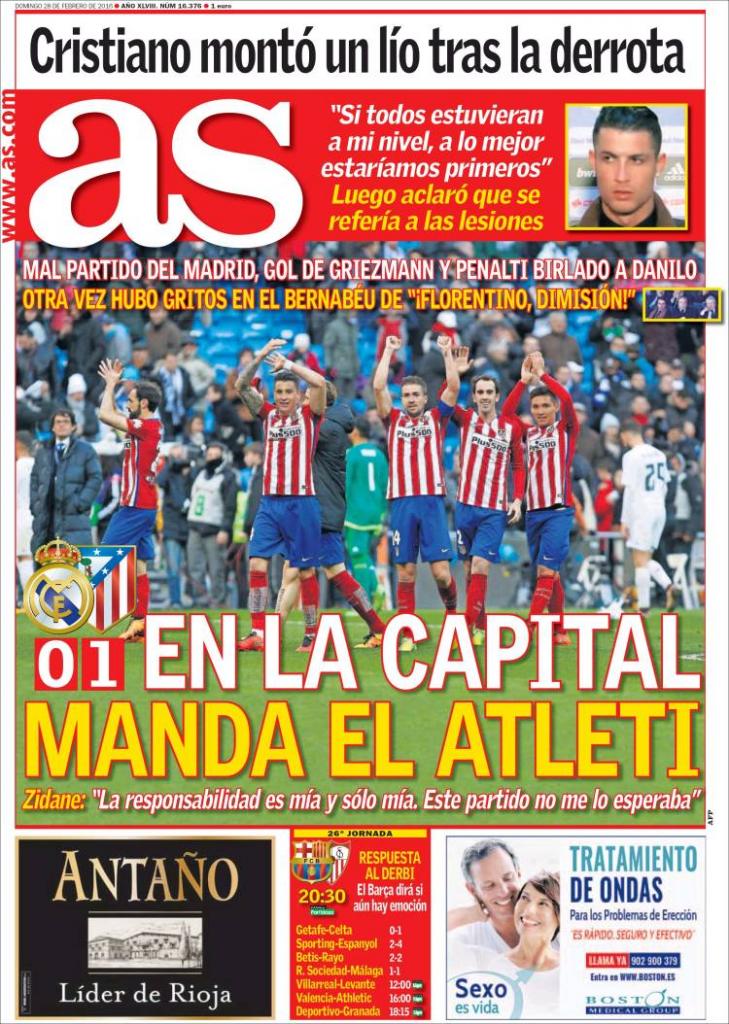 Atleti take charge of the capital

Bad game from Madrid, Griezmann scores and no penalty for Danilo

More chanting from the Bernabeu of “Florentino, resign!”

Zidane: “The responsibility is mine and mine only. This wasn’t the game I expected”

Ronaldo escalates the mess after the defeat

“If everyone was on my level, we’d be top”

He later clarified he meant injuries

Response to the derby 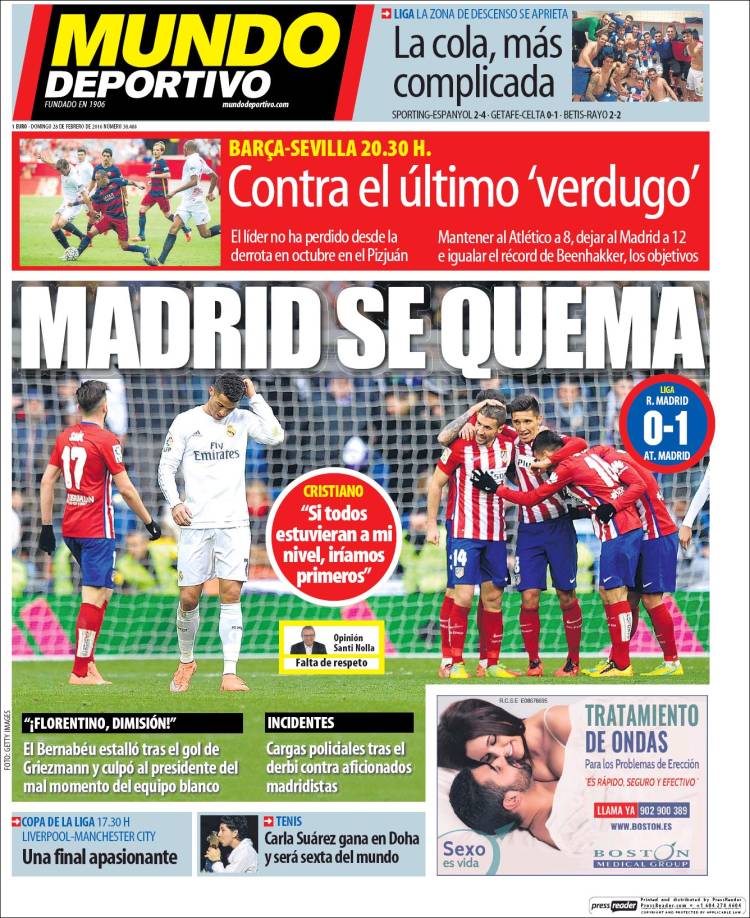 Baton charges against Madrid fans after the derby

Ronaldo: “If everyone was on my level, we’d be top”

Against the last ‘executioner’

The objectives are keeping eight on Atletico, leaving Madrid 12 behind and equalling the record of Beenhakker