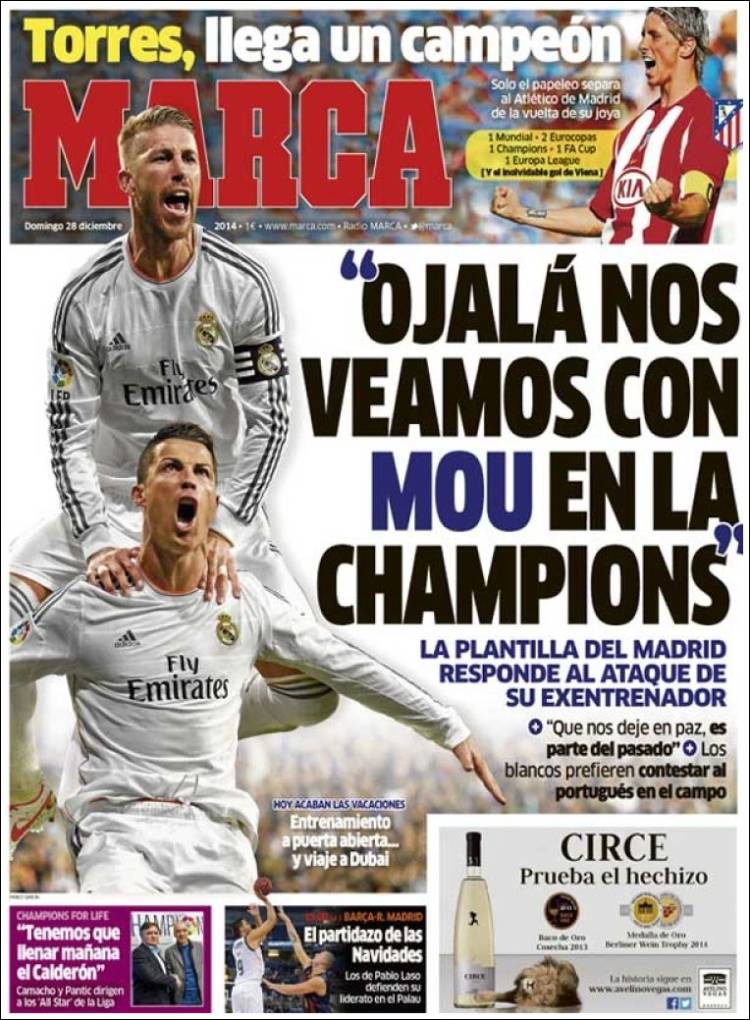 “Hopefully we face Mou in the Champions League”

He should leave us in peace, he is part of the past

Los Blancos prefer to answer the Portuguese on the pitch

One World Cup, two European Cup Winners’ Cups, one Champions League, one FA Cup, one Europa League (and the individual goal in Vienna)

Champions for Life: We want to fill the Calderon tomorrow

Camacho and Pantic will lead the La Liga ‘All Stars 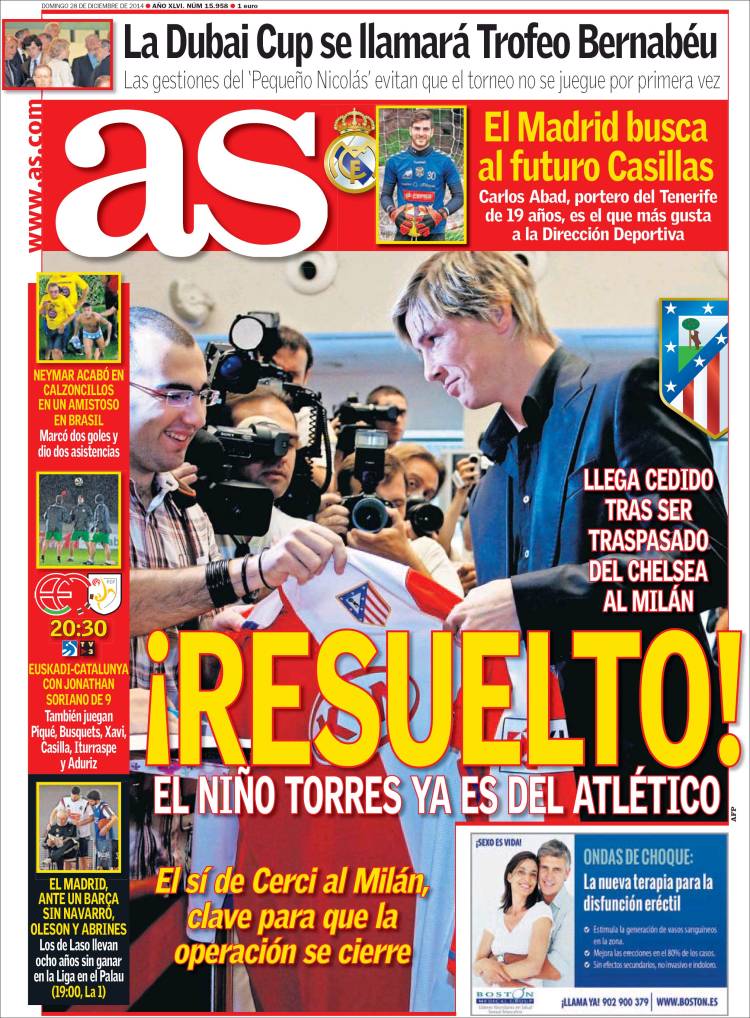 He arrives on loan after being transferred from Chelsea to Milan

Madrid search for the future Casillas

Carlos Abad, a 19-year-old goalkeeper from Tenerife, is the one the sporting management like best

Neymar ends up in his underpants in a friendly in Brazil

He scores two goals and provides an assist

Euskadi-Catalonia with Jonathan Soriano at No 9 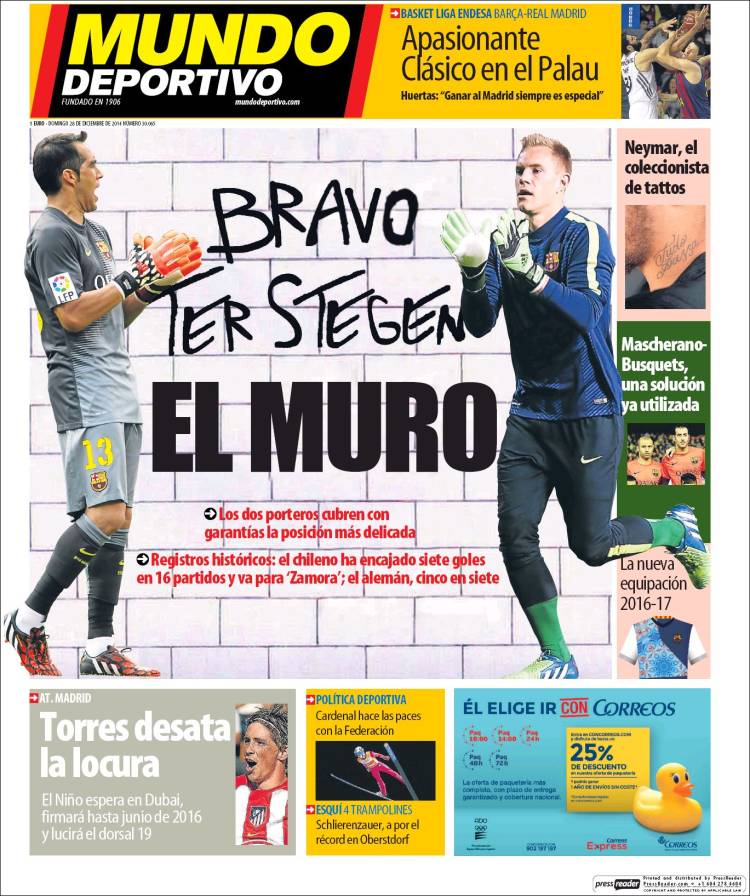 Bravo and Ter Stegen, the wall

The two goalkeepers cover the most delicate position with security

Historic figures: the Chilean has conceded seven goals in 16 games and is going for the ‘Zamora’: the German has let in five in seven

El Nino waits in Dubai; he will sign until June 2016 and will wear the No 19 jersey