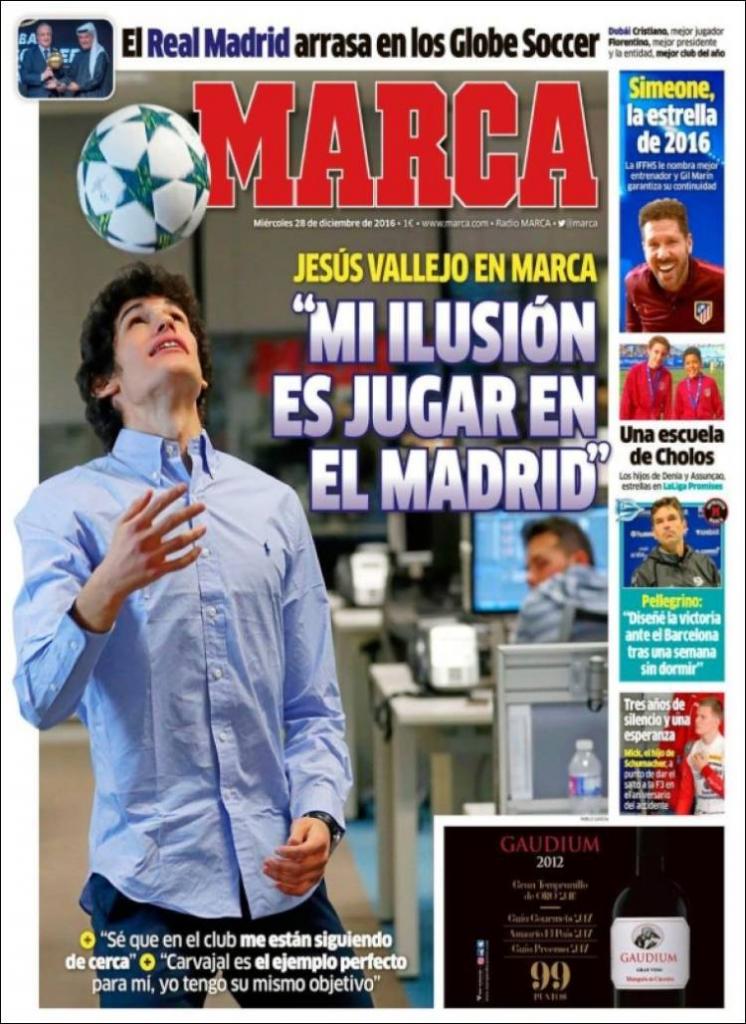 "My dream is to play in Real Madrid" - Jesus Vallejo

"I know the club is following me closely"

"Carvajal is the perfect example for me, I have the same objective"

Pellegrino: The victory over Barca was designed after a week of sleep 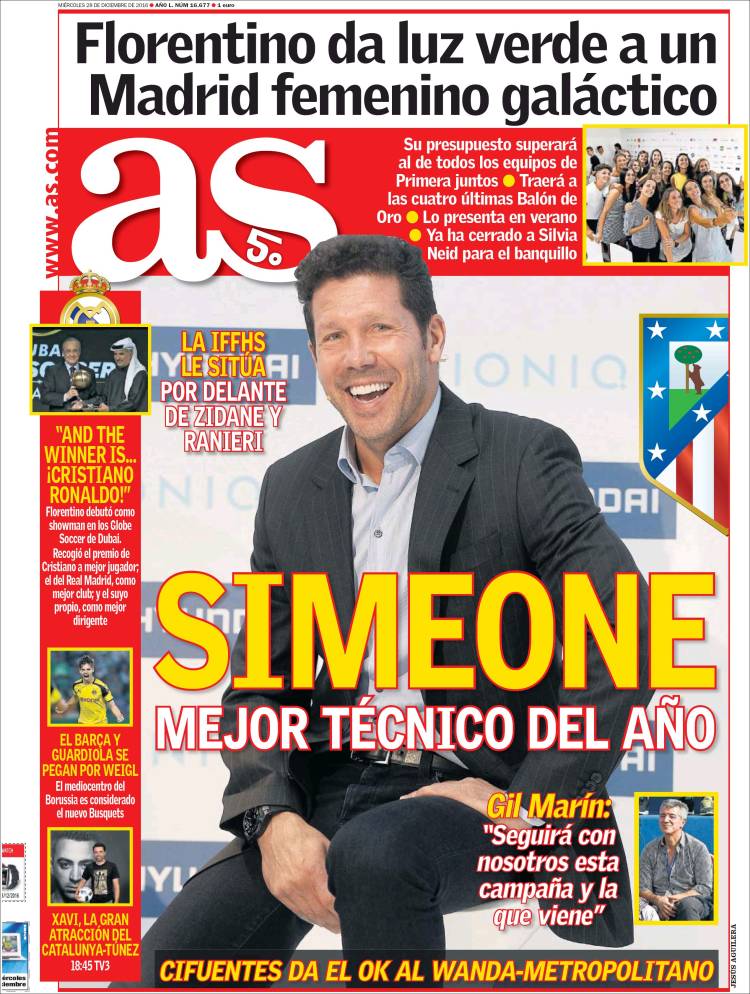 Simeone - best coach of the year

The IFFHS places him ahead of Zidane and Ranieri

Gil Marin: He will follow us on this pitch and the new one

Barca and Guardiola enquire for Dortmund's Weigl 'the new Busquets' 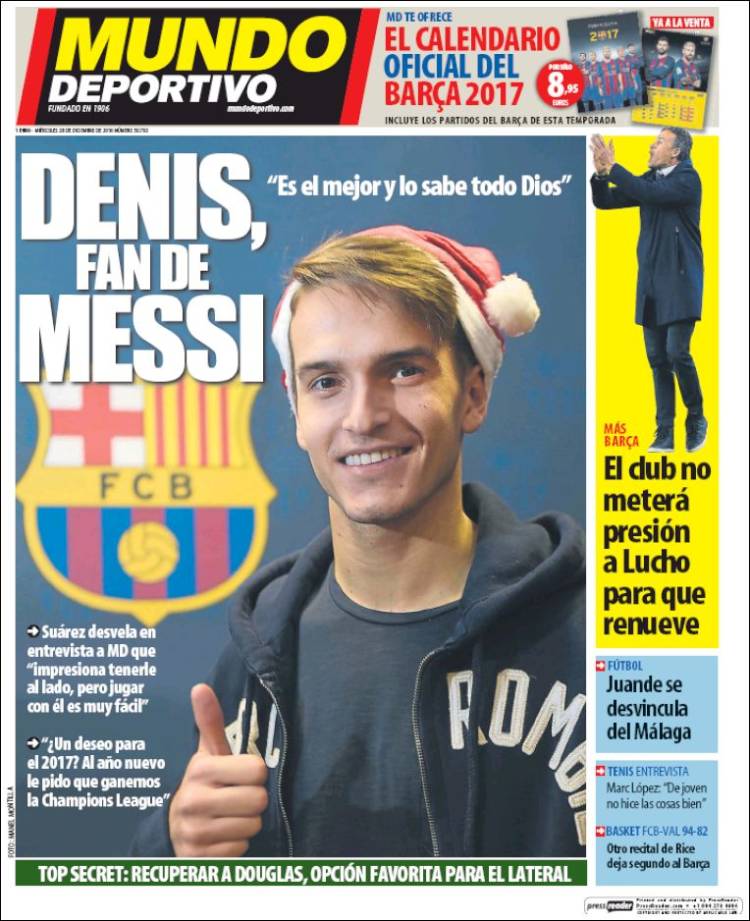 Denis, a fan of Messi

"He's the best and knows all Gods"

Suarez revealed by Denis - "it is impressive to play next to him, but easy to play with him"

The return of Douglas, an option for full-back

The club don't put pressure on Luis Enrique to renew