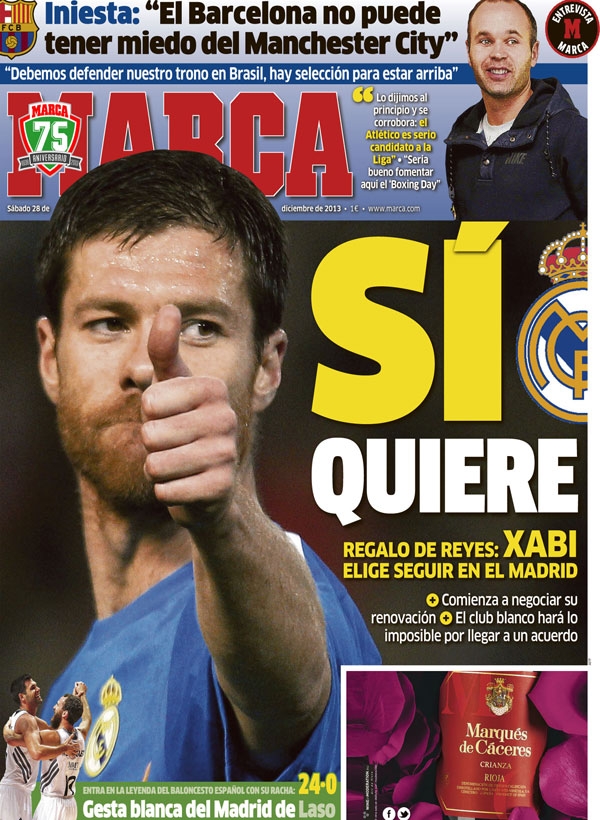 If he wants it
Present for the Three Kings: Xabi chooses to continue at Madrid
Negotiations start for his contract renewal
The club will do the impossible to reach an agreement
Iniesta: "Barcelona cannot be scared of Manchester City"
"We must defend our title in Brazil, this team can rise up again"
"We said it from the start and it is confirmed: Atletico are serious contenders for the title"
Madrid's basketball team enter the history books 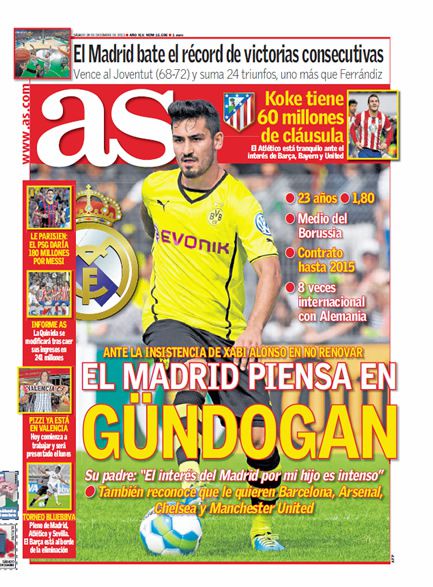 Madrid thinking of Gundogan
His father: "Madrid are intensely interested in my son"
He also says Barcelona, Arsenal, Chelsea and Manchester United are interested
Gundogan: 23-years-old, midfield for Borussia, his contract expires in 2015, he has made 8 appearances for Germany
Koke has a €60 million buyout clause
Atletico are calm despite interest from Barca, Bayern and United
Madrid beat the record for consecutive wins
They beat Joventut 68-72, making it 24 in a row, one more than Ferrandiz
Le Parisien says PSG could offer €180 million for Messi
Pizzi is Valencia's new coach
Today he starts his new job and is presented on Monday 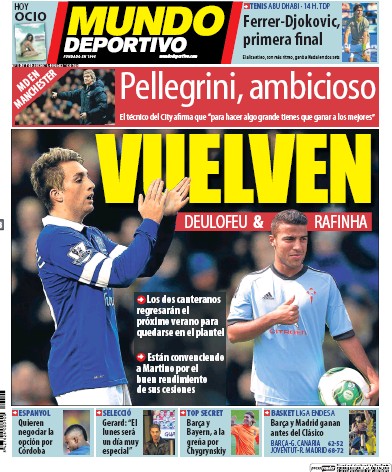 Returning
Deulofeu and Rafinha to return in the summer
They have convinced Martino with their good performances
Pellegini is ambitious
The City tactician says, "to do great things you need to win great trophies"
Madrid: Doubts about Ancelotti
Valencia: Awesome, he wants to bring in the best players
Top Secret: Bayern and Barca arguing over Chygrynskiy