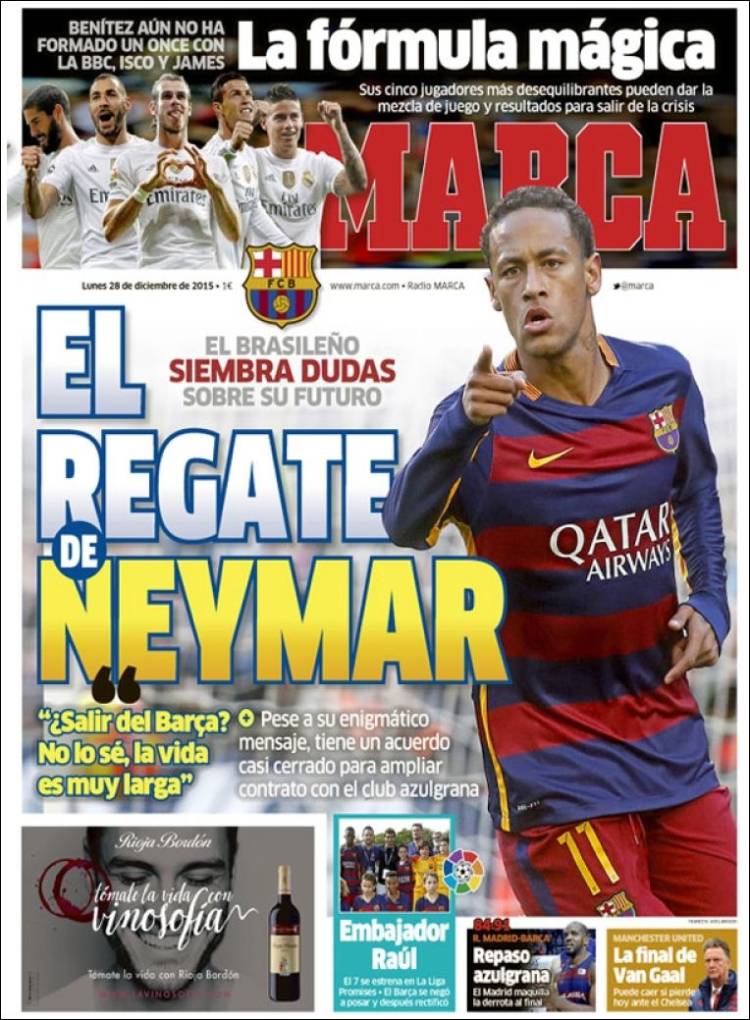 The Brazilian sows doubts about his future

Despite his enigmatic message, he has almost closed a deal to extend his contract with Barca

Benitez has not yet formed an XI with the ‘BBC’, Isco and James

The No 7 debuts ‘La Liga Promises’

Barca refused to take part at first but then relented

He may walk if he loses against Chelsea this evening 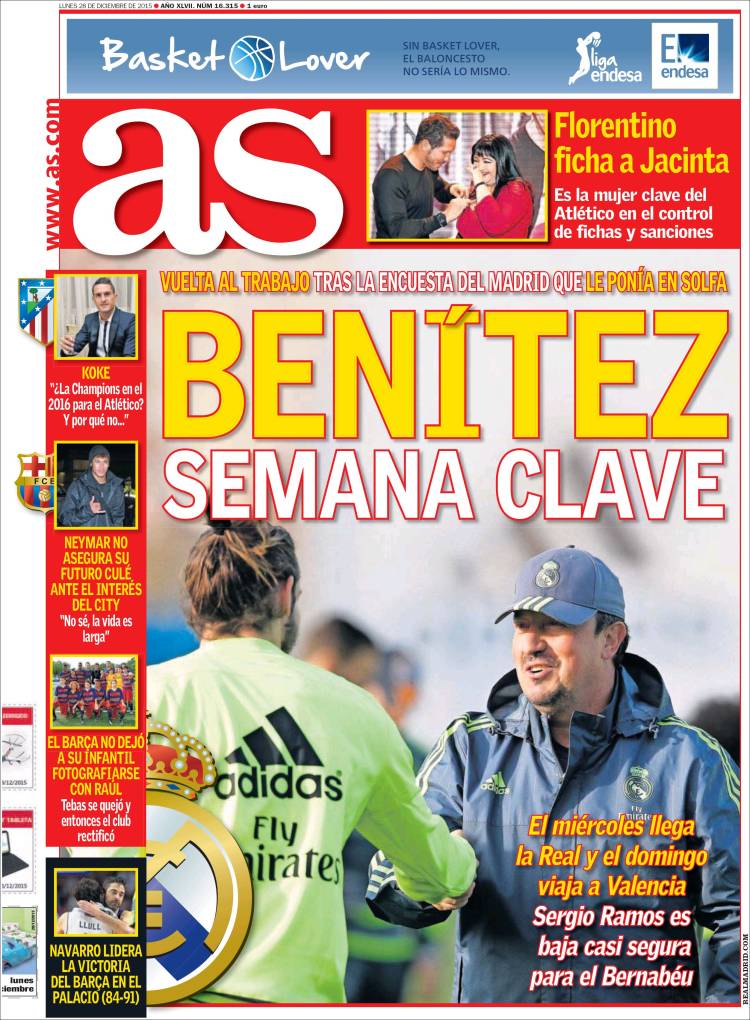 They host La Real on Wednesday, before travelling to Valencia on Sunday

Sergio Ramos is a certain miss for the Bernabeu

Barca did not let their youngsters to be photographed with Raul

Tebas complained and then the club relented 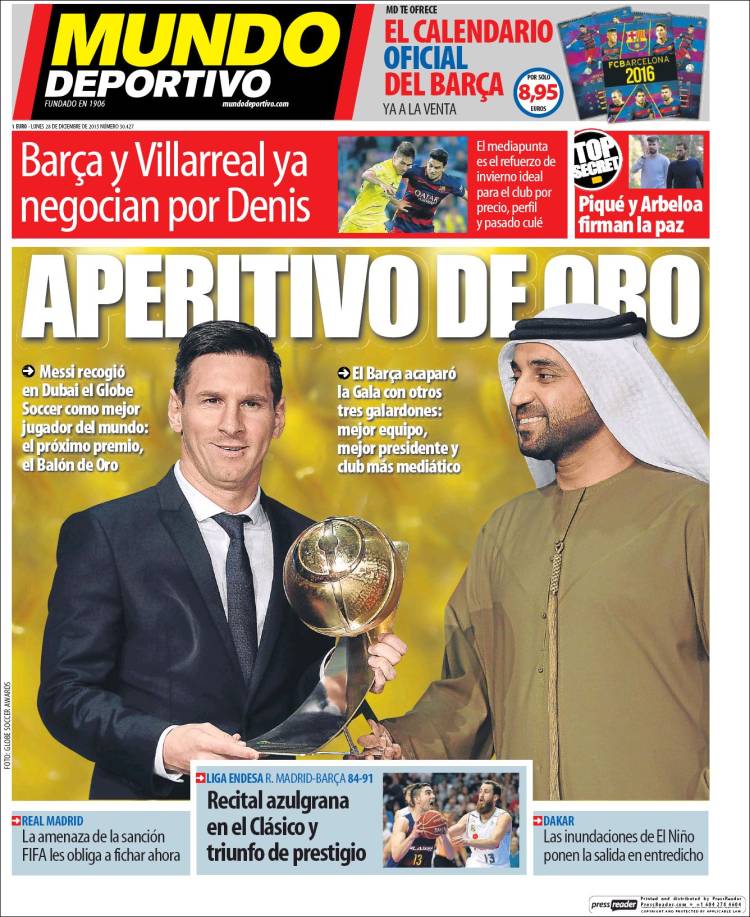 Messi picks up the Globe Soccer award for the best player in the world in Dubai: the next prize is the Ballon d’Or

Barca captured the three other awards: best team, best club president and club with the most media attention

The playmaker is the ideal reinforcement for the winter due to his price, profile and Barca past

The threat of FIFA sanctions requires them to make signings immediately