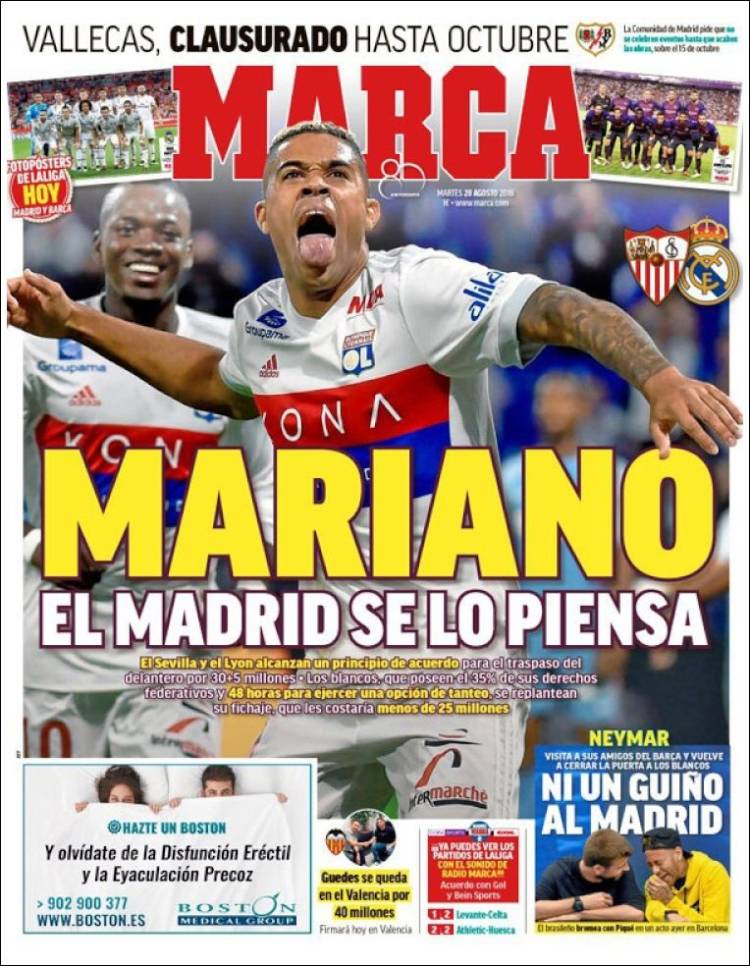 Sevilla have 35m agreement with Lyon, Madrid have 48 hours to activate first refusal option, would cost less than 25m

Guedes returns to Valencia for 40m

Not a nod to Madrid 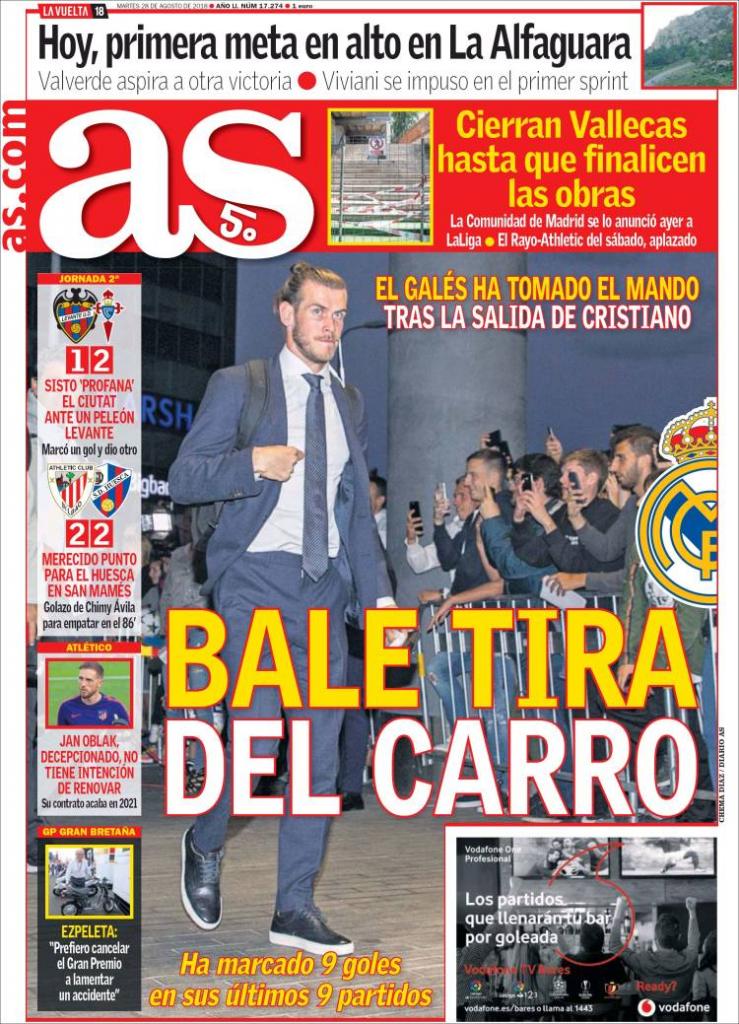 Vallecas closed until the works are completed

Oblak, disappointed, doesn't have the intention of renewing 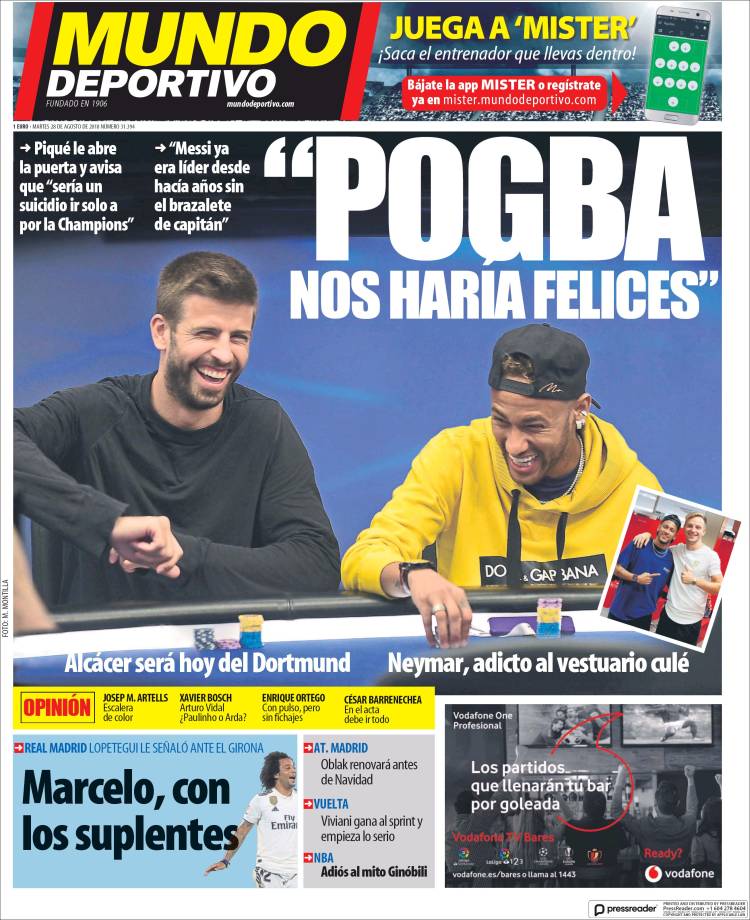 "Pogba would make us happy"

"Messi was already a leader for years without the captain's armband"

Oblak to renew before Christmas