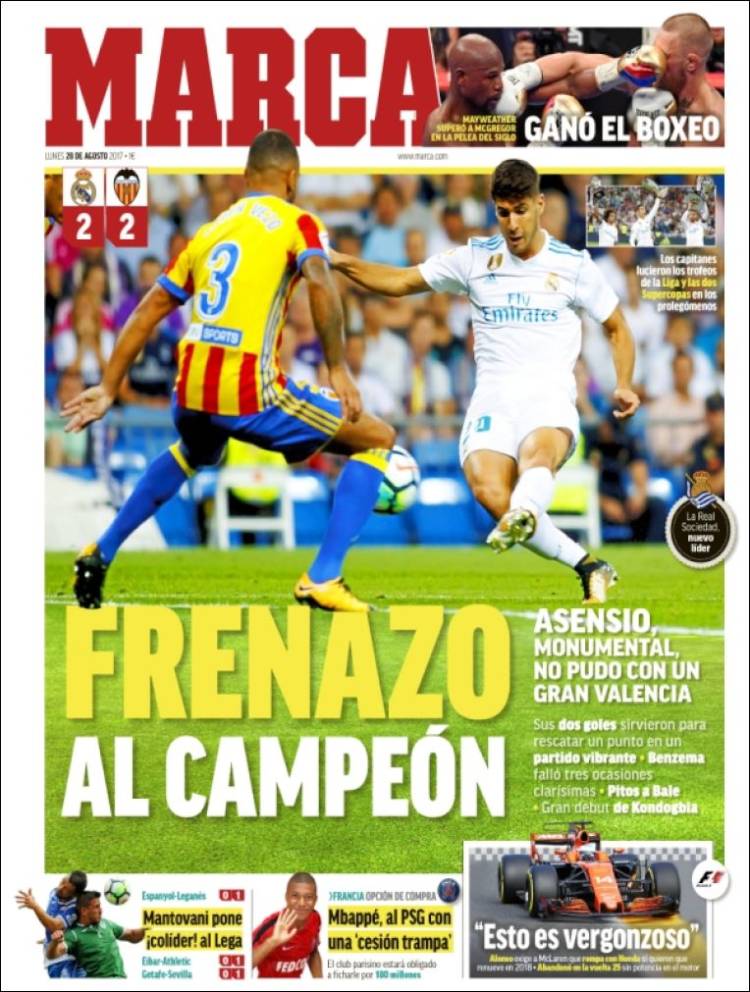 Mantovani puts Leganes in the lead

Mbappe, to PSG in a 'transfer trap' 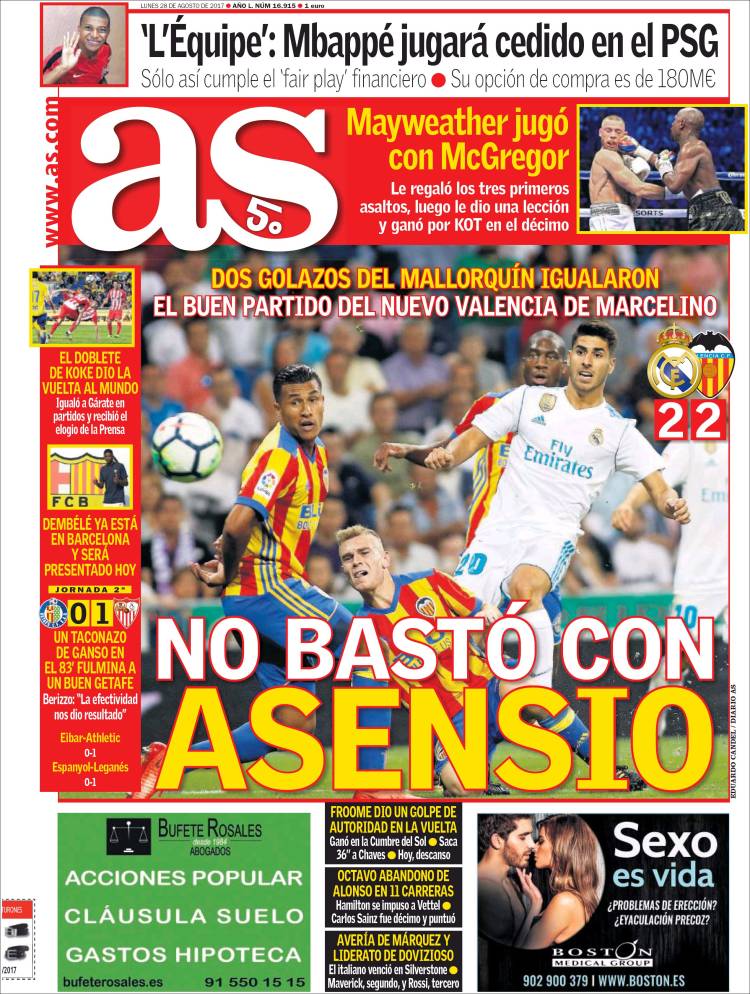 It's not enough with Asensio

L'Equipe: Mbappe to go to PSG on loan, only like this to comply with FFP, option to buy for 180m

Dembele already in Barcelona, to be presented today 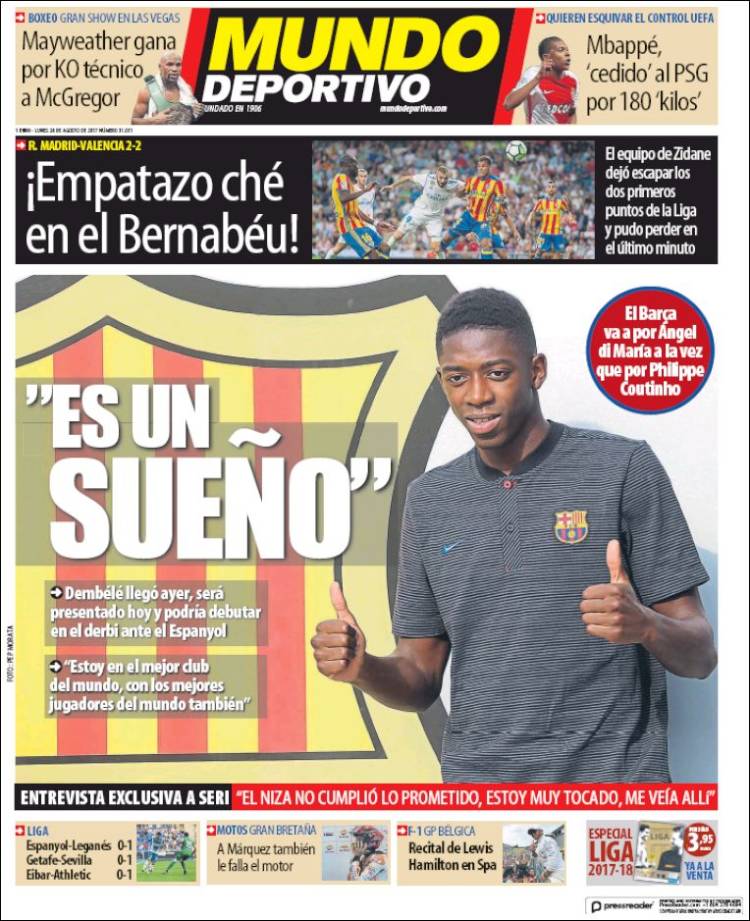 Barca go for Angel Di Maria along with Coutinho

Great draw for Los Che in the Bernabeu

Seri: Nice didn't fulfil their promise, I am hurt as I saw myself there (Barca)