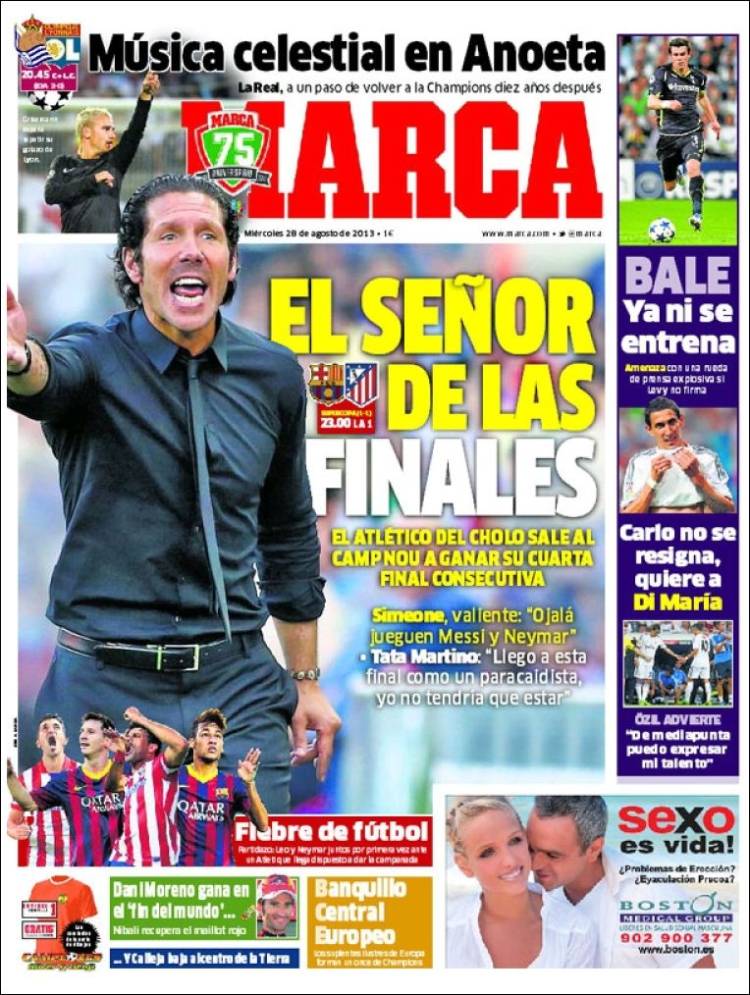 The man of finals

Martino: "I have got to this final like a parachutist"

Heavenly music at the Anoeta

Bale does not train with

Threatens to explode if Levy does not let him leave

Carlo is not resigned to losing him, he wants Di Maria

Ozil warning: "In the right position in the centre, I can show my talent better"

Moreno wins the 'end of the world' 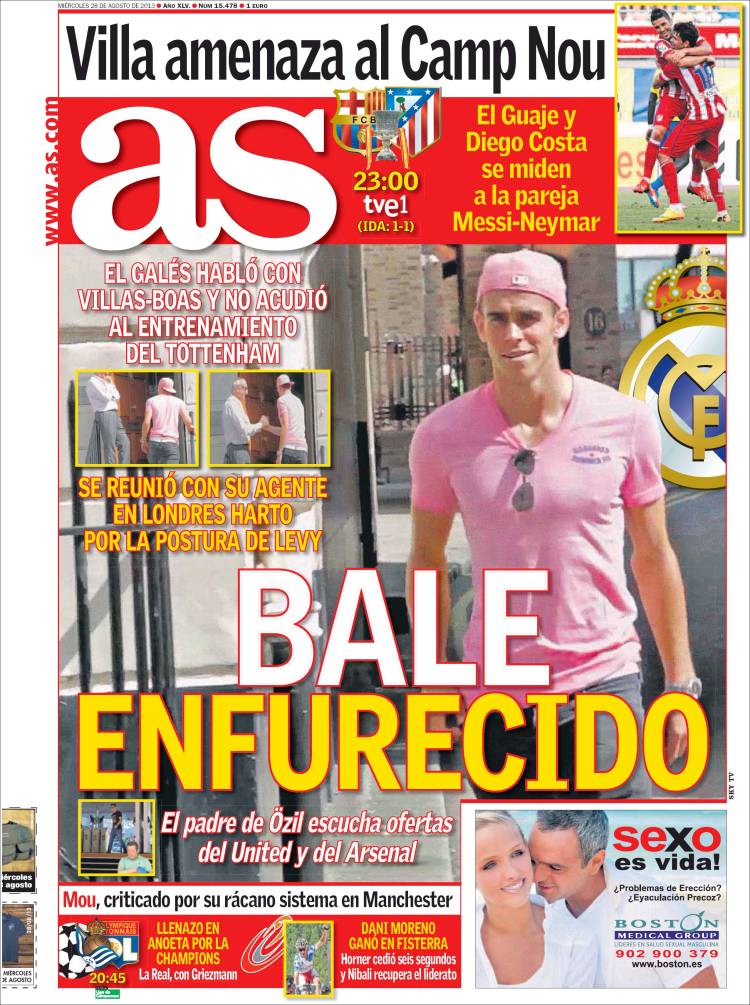 The father of Ozil listening to offers from United and Arsenal

Mou is criticised for his cautious approach in Mancester

The Anoeta is full for the Champions League 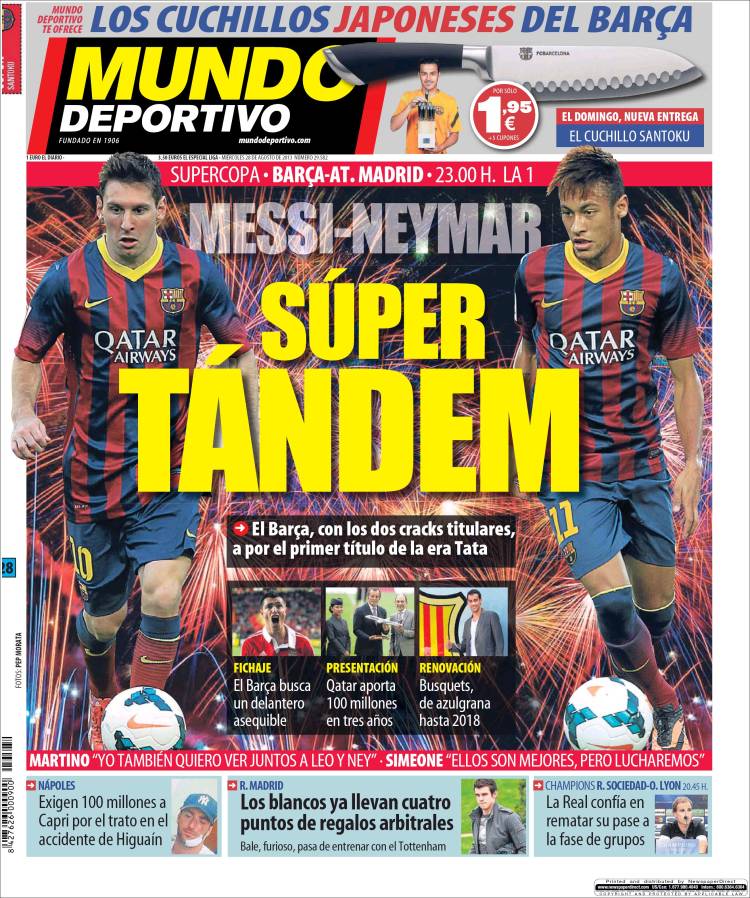 Barca, with the two stars set to start for the first time together, aiming for their first title under Tata

Signing: Barca look for a striker

Renewal: Busquets is an Azulgrana until 2018

Martino: "Yo also want to see Leo and Ney together"

Simeone: "They are better, but, we will fight"

Napoli: The club demands €100 million from the region of Capri for the treatment of Higuain in his accident

Real Madrid: Los Blancos get four points thanks to the referee