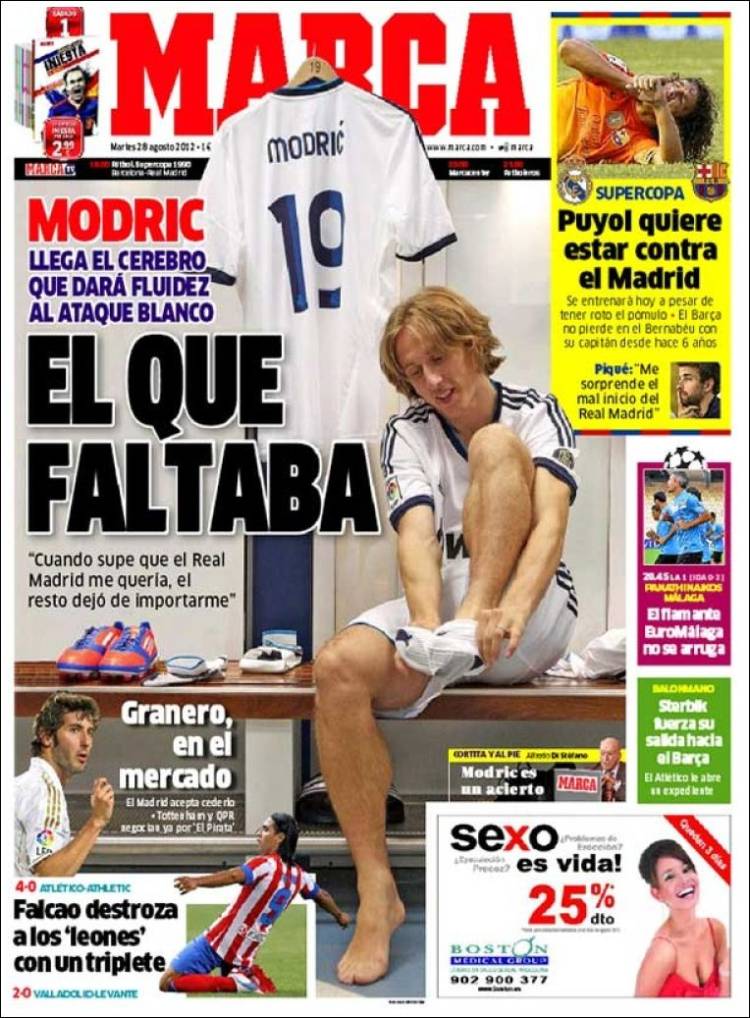 The one we lacked: Modric arrives to give fluidity to Los Blancos' attack

"When I knew Real wanted me nothing else mattered"

Supercopa: Puyol wants to be there against Madrid - he trained today despite having a fractured cheekbone

The brand new Euro-Malaga will not shrink

Granero on the market: Madrid accept a loan deal

Totttenham and QPR will negotiate for El Pirata 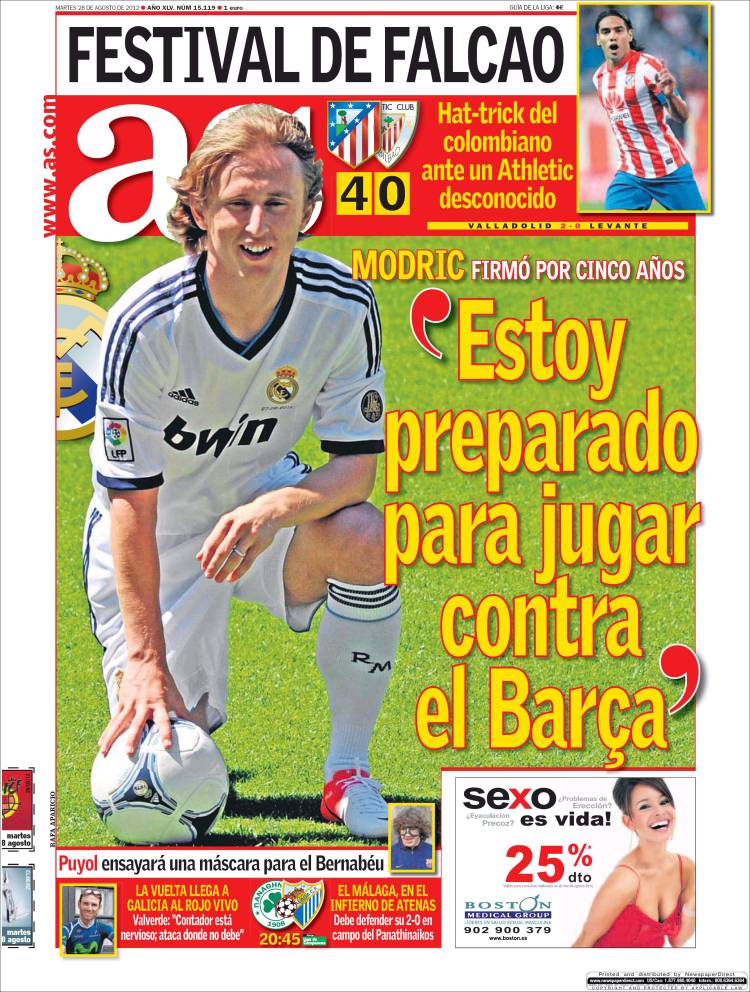 "I'm ready to play against Barca"

Falcao festival: a hat-trick from the Colombian against an unrecognisable Athletic

Puyol will try out a mask for the Bernabeu

Malaga in the Athens inferno: they must defend a two-goal advantage against Panathinaikos 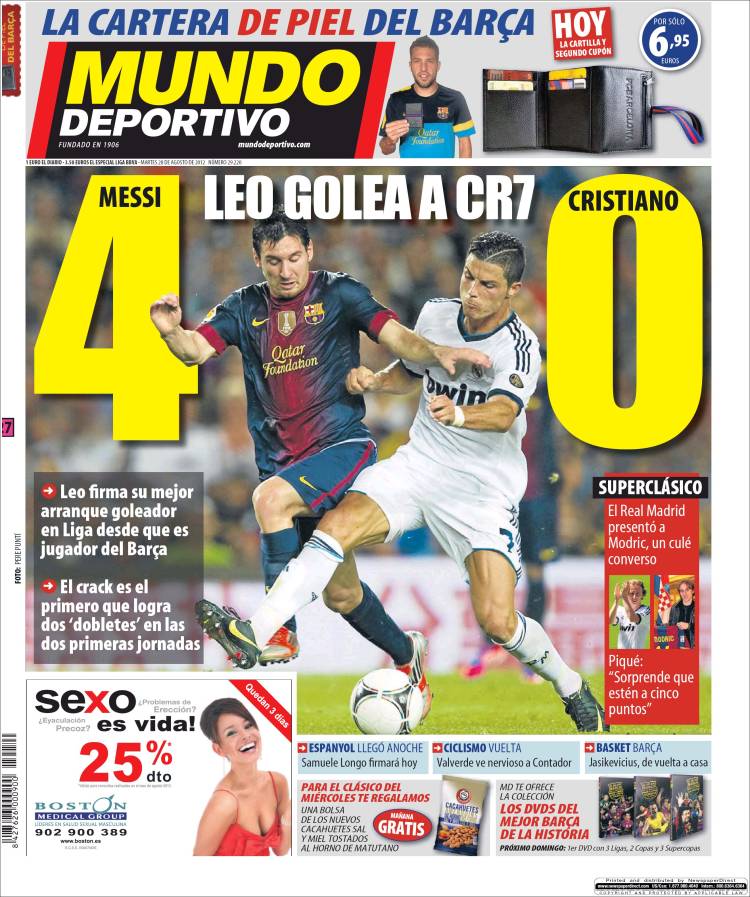