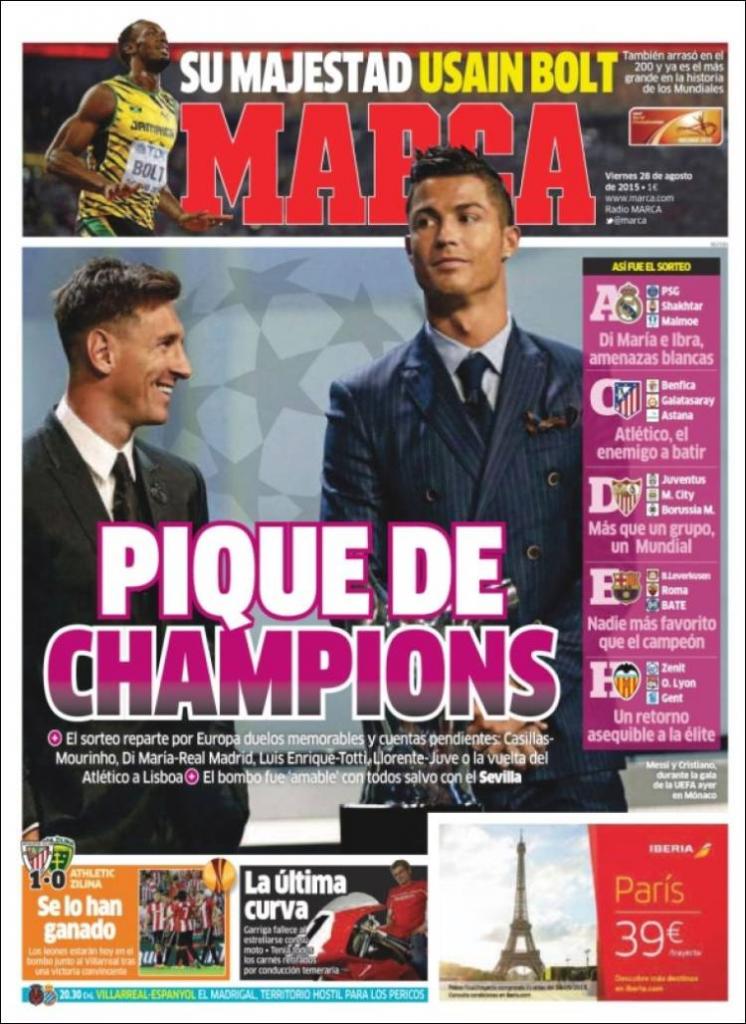 Pique of the Champions League

The draw delivers some memorable duels and outstanding rematches

The hype was 'friendly' with everyone except with Sevilla

Group D, more than a group for Sevilla; a mini-World Cup

Group E, no-one else are bigger favourites than the champions Barcelona

Group H, an affordable return to the elite for Valencia

They join the hype with Villarreal after a convincing victory 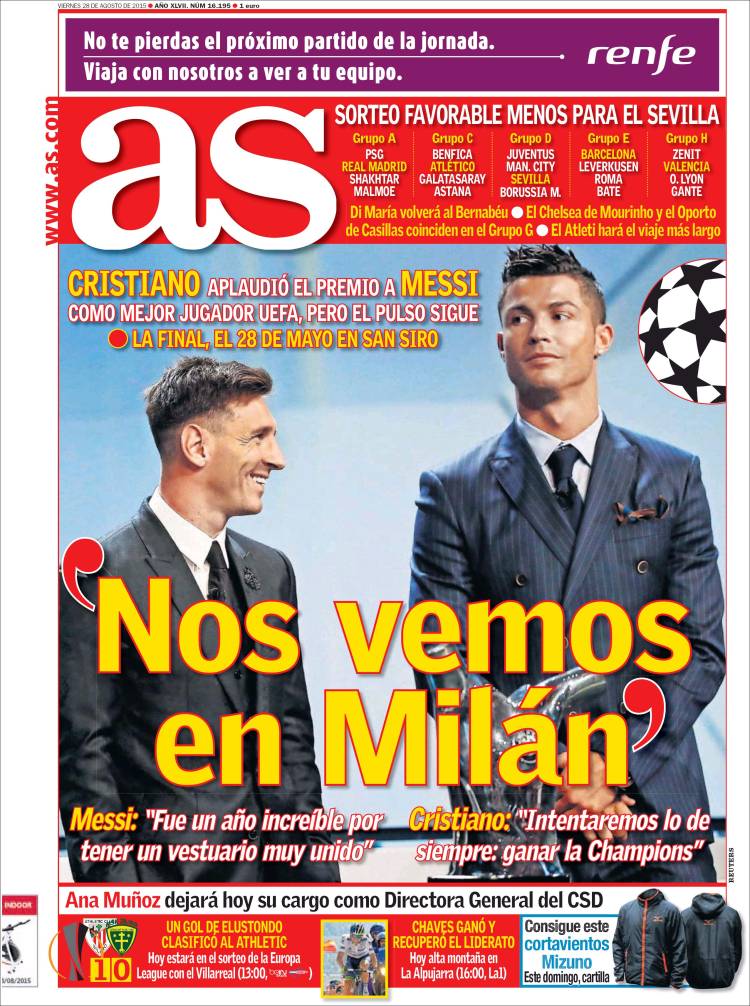 'See you in Milan'

Messi: "It was an incredible year for a very united dressing room"

Ronaldo: "We will try as always: to win the Champions League"

Ronaldo applauded Messi for the UEFA Best Player award, but the rivalry remains

Di Maria returns to the Bernabeu

Atletico have the longest trip

A goal from Elustondo sends Athletic through

Today, they'll be in the draw for the Europa League with Villarreal

Ana Munoz steps down as Director General of the CSD 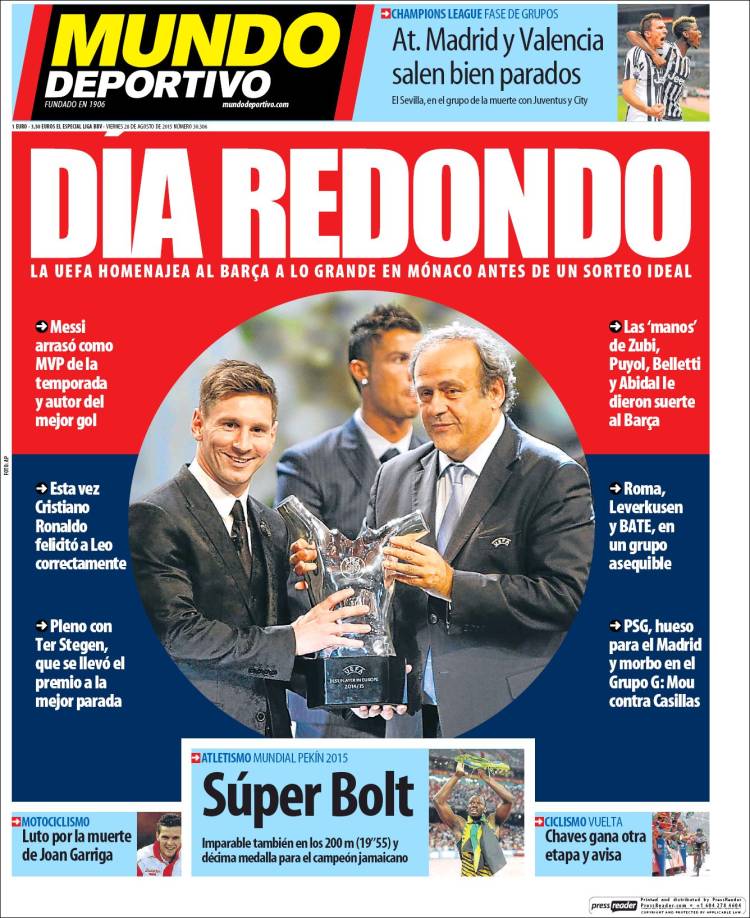 Barca receive a great tribute in Monaco before an ideal draw

Full house with Ter Stegen, who took home the prize for best stop

Roma, Leverkusen and BATE, an affordable group for Barca

PSG, a tough draw for Madrid

Atletico Madrid and Valencia stand out in their groups

Sevilla, in the group of death with Juventus and Manchester City