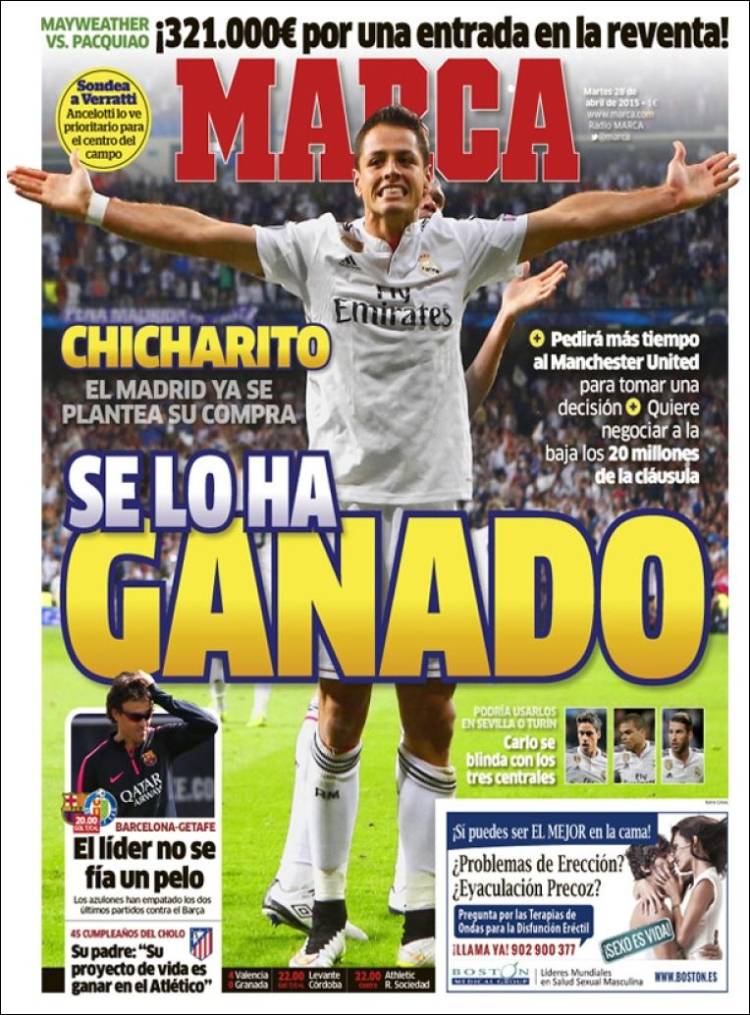 He wants to negotiate the lowering of his €20 buyout clause

He may use them in Sevilla or Turin: Carlo has three central defenders available

Verratti sounded out: Ancelotti sees him as a priority for the centre of the pitch

The leaders not relying on anything. The Azulones have drawn their two last games against Barca

Cholo’s 45th birthday. His father: “His lifelong project is to be a success at Atletico” 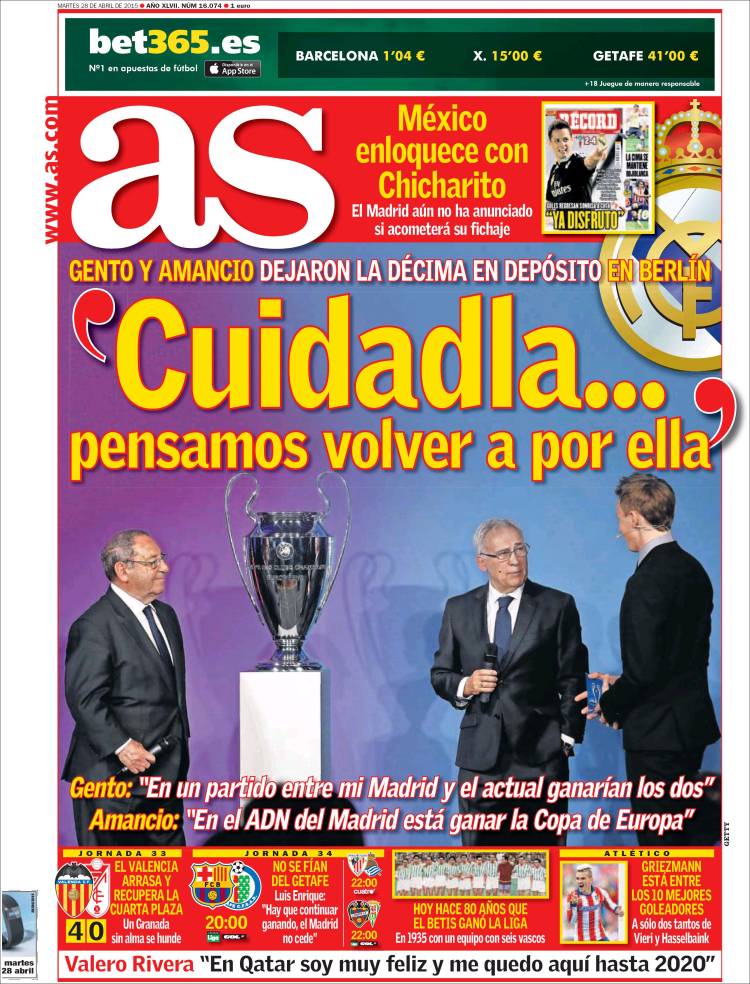 “Take care of it...we are thinking of coming back for it”

Gento and Amancio leave the Decima in Berlin

Gento: “In a game between my Madrid and the current team both would win”

Amancio: “It is in Madrid’s DNA to win the European Cup”

Valencia blow Granada away and get fourth place back

Not relying on Getafe

Luis Enrique: “We have to continue winning, Madrid won’t give up”

Griezmann is among the 10 leading goalscorers. He is only two away from Vieri and Hasselbaink 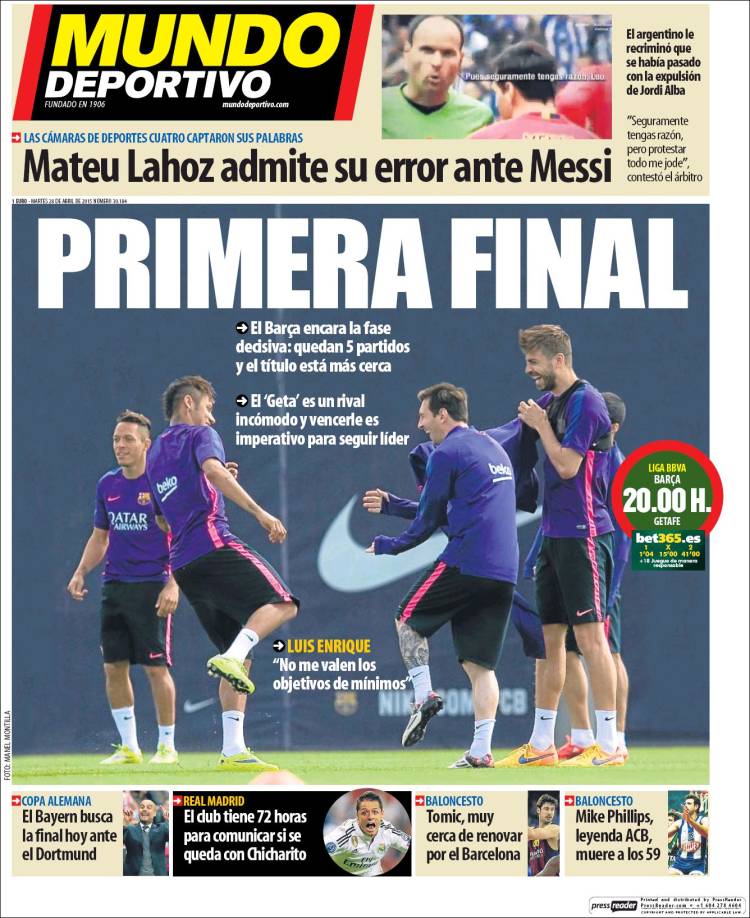 “I’m sure you are right but protesting to me really ****** me off”, replied the referee

Bayern looking for a final against Dortmund today

Real Madrid: the club has 72 hours to communicate if they want Chicharito to stay