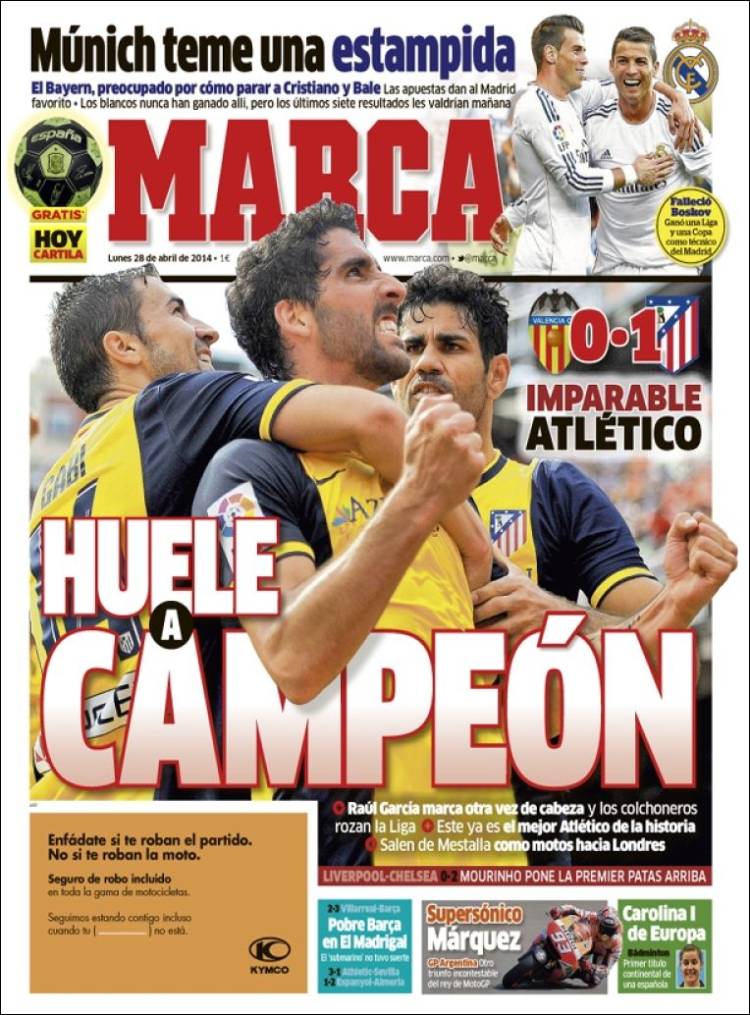 The Scent of a Champion

This is already the best Atletico in history

Bayern are worried by Cristiano and Bale

The betting houses have Madrid as favourites

Los Blancos never have won in Munich, but the last seven results have put them as favourites 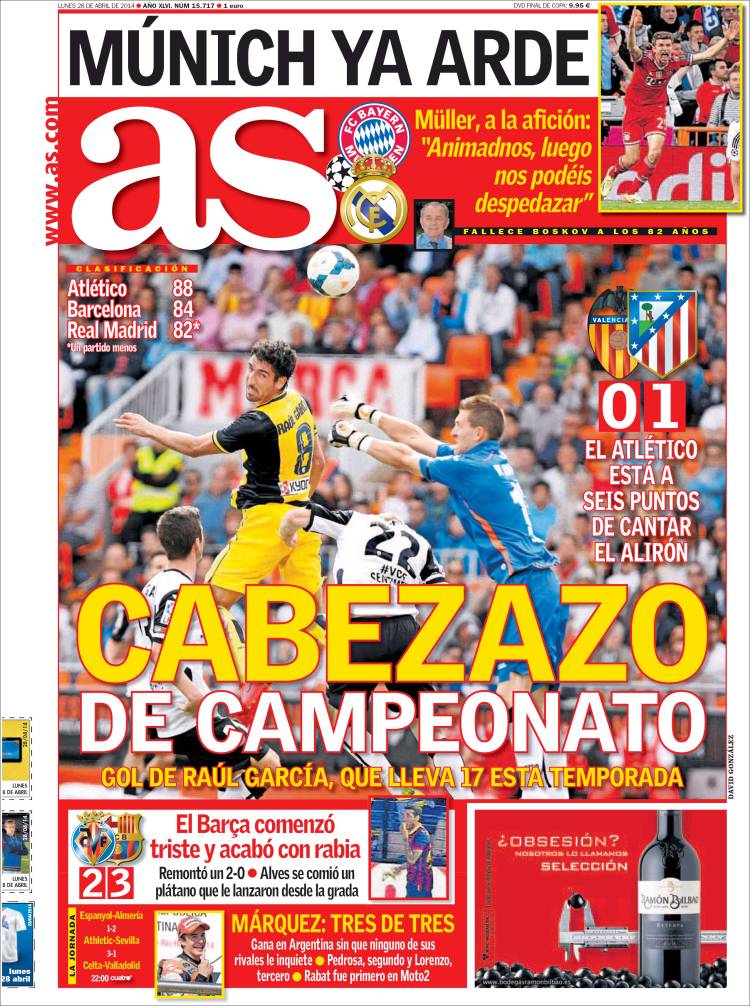 Heading for the championship

Raul Garcia's goal takes his total to 17 this season

They come back from 2-0 down

Alves eats a banana thrown from the stands

Muller to the fans: "Encourage us and later you can tear us apart" 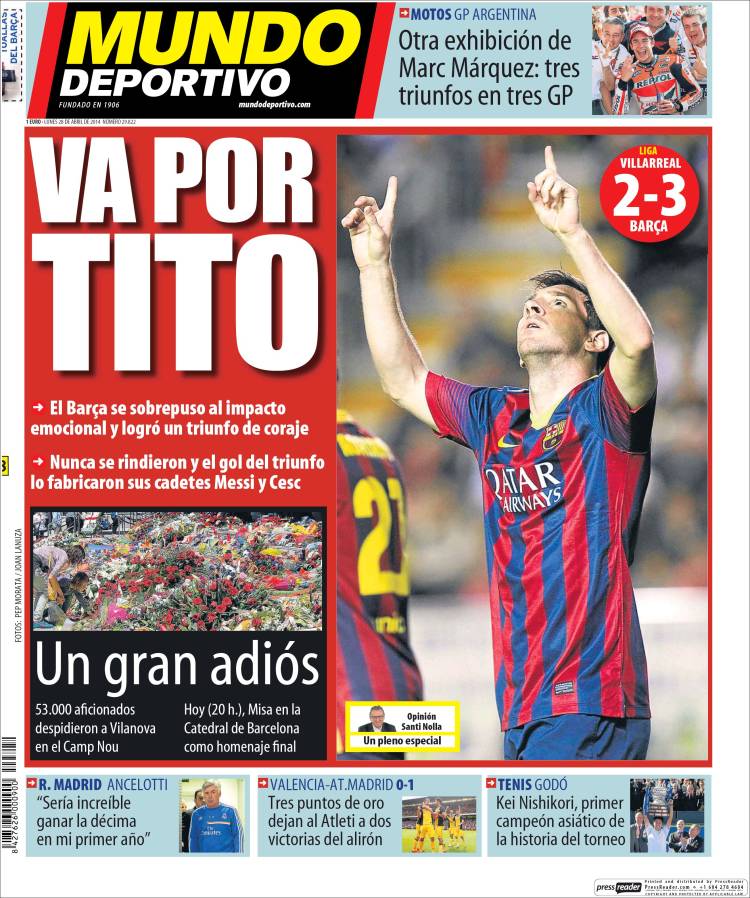 They never packed it in and the winning goal can from the two cadets, Messi and Cesc

Today, a mass in the Church at 2000h will give a final homage

Ancelotti: "It will be incredible to win La Decima in my first year"